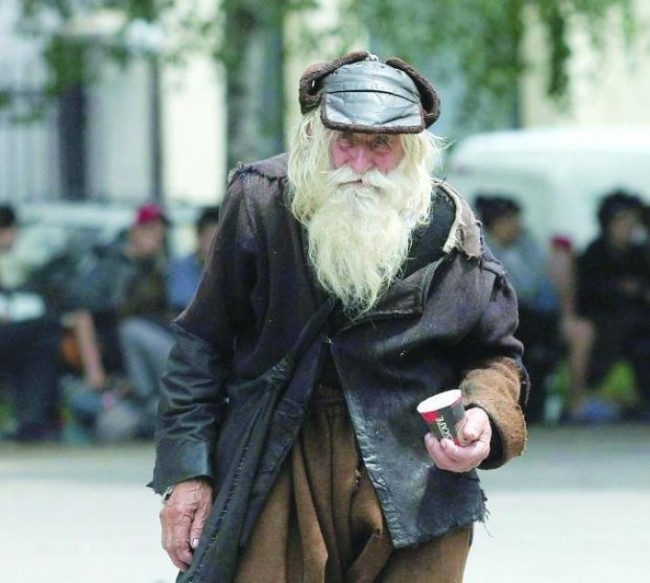 Dimitrov Dubrev is 99 years old. During World War II he almost completely lost his hearing, and every day he goes from his village to Sofia, a road long 25 km, wearing clothes he made himself, to beg in the capital of Bulgaria, writes “Kurir”.

Dubrev does not beg for himself, as he has a pension of 80 euros, with which he manages to survive.

All the money he had collected during his life, about 40,000 euros, he gave to orphanages which are not able to pay their bills.

Dubrev does not keep a cent from the money he gets.

Some people call him “The Saint Bajlova”, writes the daily.

Everybody loves him. They call him “Дядо Добри” and for citizens he represents the most unselfish kindness that exists.