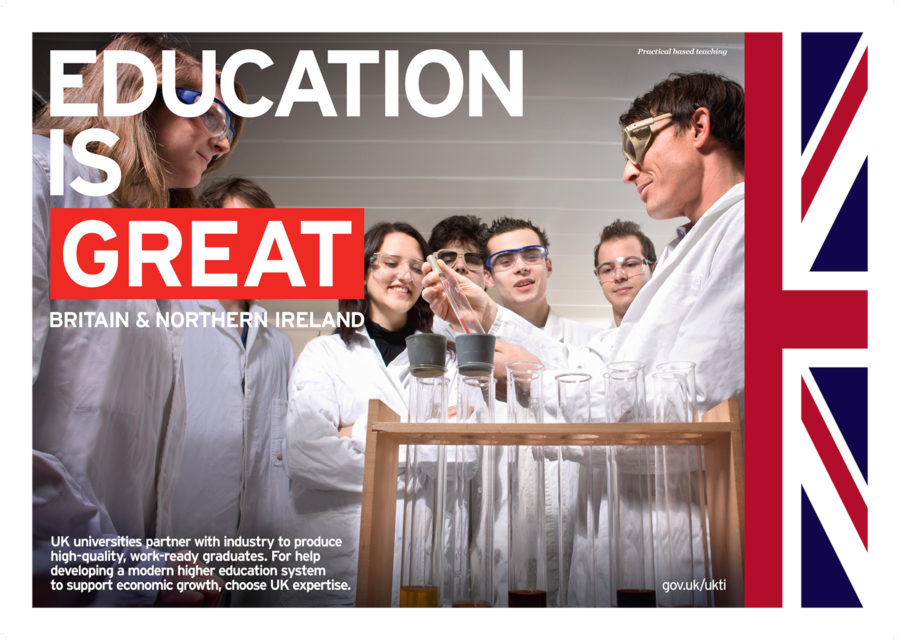 Ms Ansell writes about the major reform to post-work study visas for international students which the UK Government has announced will enter into force from 2020. “From next year,” she writes, “students graduating from British higher education institutions with at least an undergraduate degree can apply to stay for two years to work or seek work. If they find skilled work, they can switch into the skilled workers immigration route, which can lead to permanent settlement in the UK.”

The change will not directly affect Austrian students, who can already study in the UK for courses starting in the 2020-21 academic year on the same basis as students from Britain. But for students in countries further afield, such as Turkey, China and India, it could be significant. Ms Ansell notes that India already sends 21,500 students per year and China around 107,500; and that the changes to the visa rules has been positively received.

This matters because the UK already has around 350,000 international students every year, worth around £25 billion to the UK economy. They come because the UK has brilliant universities; because of the English language; and because studying in the UK is enjoyable and rewarding.

“The new visa route,” Ms Ansell writes, “will support the UK’s ambitions to increase the number of international students studying in the UK each year to 600,000 by 2030, and to increase the direct economic benefit to £35bn per year.” She quotes recent research showing that those studying in the UK are more likely to do business with the UK in the future; to build professional links with organisations in the UK; and to visit the UK again for tourism or leisure.

These findings are in line with my experience of alumni from UK universities in Ukraine, Turkey and Austria, many of whom I have met. Many come home after rich and fulfilling experiences of studying in the UK which have made a profound and positive impression on them. Come and try out a British university!