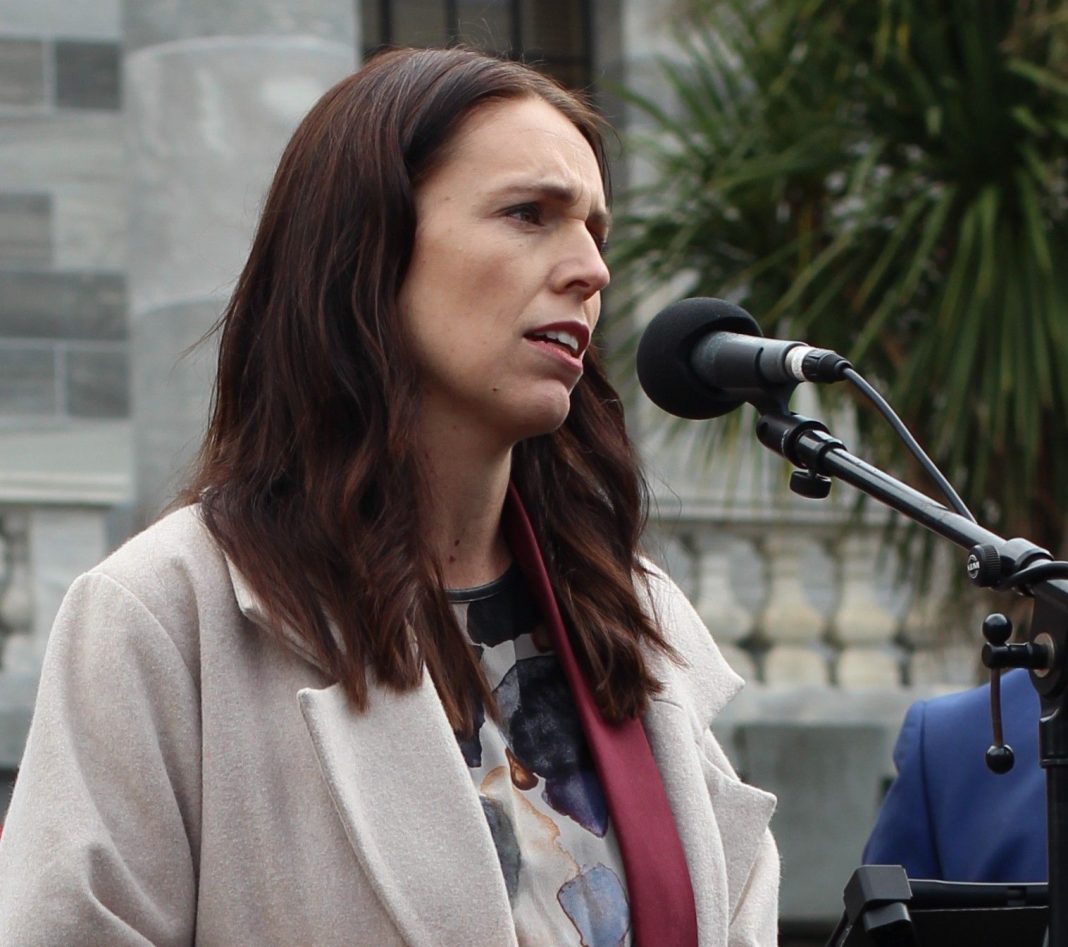 Ardern image from article: Stuartyeates [CC BY-SA 4.0], via Wikimedia Commons
The recent tragic attacks on mosques in New Zealand sent shock waves across the world. While international community expressed their condolences and support to the Muslims in the country through various means including raising money through online campaigns, what impressively stood out in the media was the image of the New Zealand Prime Minister Jacinda Ardern. PM Ardern wearing Muslim attire was seen visiting and hugging the victims’ family members and survivors in showing empathy and humanity while expressing solidarity and support. As the response from the prime minister received worldwide praise for the humanitarian gesture and garnered tremendous appreciation for her remarkable leadership and nobility, it was indeed beyond that.From a realistic and diplomatic point of view, such show of humanitarian virtues also meant two things – management of terrorism and international image building. Both essentially explain what is called public diplomacy [JB emphasis]. Whereas the latter can be considered as the core of public diplomacy, the former is a kind of public diplomacy approach to counter-terrorism.Public diplomacy is described as managing the international environment by engaging with the public. It primarily involves managing both international and domestic public opinion in favor of a country. That is, to create attraction towards a country through its culture, ideals, values and foreign policy and thus generating strategic influence in the international arena.In the particular case, New Zealand’s response to the incident was as much with a human face as public diplomacy engagement. The unfortunate incident presented New Zealand an opportunity to engage in image building in the international arena by projecting the values and ideals the country stands for. As a matter of fact, the response of Ardern was nothing but a melding of compassion, empathy, solidarity, diplomacy, public relations, image management, and nation branding. And all of this came into play through her actions which caught the attention of the world, thanks to new media.Ardern noted “I want to send a message to those directly affected…for many years, this may not have been the place they were born. For many New Zealand was their choice, a place they actively came to and committed themselves to…it was a place where many came to for their safety. A place where it was safe to practice their culture and religion.” Apparently, the message was not only directed at those who are affected or the Muslim community in the country for that matter, but was certainly directed at a larger international audience especially the Muslim world. In fact, the statement of Ardern which was released on March 15 on the website of the Ministry of Foreign Affairs and Trade (MFAT) in Arabic, alongside English, may be an indication of the wider audience it was intended for.Simultaneously, it evidently involves effective public diplomacy engagement in the event of such extremist attack in order to offset the potential emergence of a hostile environment in the country that develops in the exposure to hatred between different communities. Towards this end, the humanitarian gestures of the prime minister can be seen more or less as a preparatory intervention toward managing the situation before it starts escalating and preventing the development of any sort of hostility within the victim community which if ignored could have potential repercussions for the national security of the country. The proactive approach of Ardern by calling the shootings as terrorist attacks have sent out the message loud and clear that New Zealand sees any racially and religiously motivated extremist attack as terrorism irrespective of the racial or religious background of the attacker. As already there exists a perception among many that similar extremist violence inspired by racial or religious bigotry are selectively called terrorism, often biased and targeted against Muslim identity of the perpetrators, such statement from Ardern would enhance peoples’ confidence to a great extent, not only in the integrity of the leadership but also the nation in the international arena, as the image of political leader is a significant factor in improving the country’s image.In the same vein, by starting the New Zealand parliament session with recitation from the Holy Quran Arden government reassured the Muslim community and showed the world that New Zealand upholds the ideals of multiculturalism, unity and peace and therefore any form of hatred in the name of religion or racism has no place in the country.Such effective public diplomacy engagements during similar unfortunate incidents can go a long way in managing the situation and prevent any possible fall-outs in the form of revenge terrorism. Above all, it can turn the ‘victimhood’ into political and economic benefits of the country. As New Zealand is enhancing its cultural diplomacy efforts with a focus on Asia-pacific region, dealing with the shooting incident with probity and display of compassion are essential in harnessing support for its foreign policy goals, especially given the fact about 62 percent of the Muslim population lives in the Asia-Pacific region.Image: Stuartyeates [CC BY-SA 4.0], via Wikimedia CommonsThe views and opinions expressed in this article are those of the author and do not necessarily reflect the official policy or position of The Geopolitics.Original Article