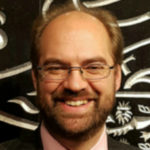 The Conference on Disarmament (CD) adopted its Annual Report to the UN General Assembly last week. Thanks to the skilful work of the sixth and final President for the year, Zimbabwean Ambassador Taonga Mushayavanhu, this was a quicker and much less fractious process than many of us were expecting. With that, a week ahead of schedule, the 2019 session of the CD came to a close.

It’s difficult to feel anything other than disappointed with the CD’s work this year. As I wrote on this blog in March, the CD’s failure under our own Presidency to adopt a decision establishing Subsidiary Bodies and Special Coordinators meant that the momentum from the 2018 session was lost. And although the row over the legitimacy of the Venezuelan Presidency wasn’t as disruptive to our work as that over the Syrian Presidency last year, it did drain a lot of energy from our meetings during that period.

That doesn’t diminish the importance of the CD as a forum. It remains the single multilateral disarmament negotiating body, and the only place that brings together all the militarily relevant states with a representative spread of other interested countries to discuss these most sensitive questions of national and international peace and security. And there are some useful exchanges that do move us forward, if only very incrementally.

The US Presidency that followed ours for example organised some very useful sessions, notably on the interface between deterrence and disarmament, and on the role of transparency, bringing in the views of eminent experts from outside Geneva. And the session on outer space under the Vietnamese Presidency, which featured an excellent contribution in particular from UNIDIR’s expert Daniel Porras, allowed us to build on what we’ve been saying about the real security challenges in space.

Most significantly, the Vietnamese Presidency held extensive consultations on the way forward on the CD’s Programme of Work which prompted a great deal of reflection and discussion across the CD membership. The Dutch delegation in particular submitted an excellent working paper looking back at the evolution of the CD’s Programme of Work from a simple planning tool (as it still is everywhere else) to a document that attempts to incorporate mandates for the year’s discussions up front. This has been what has stymied the CD’s attempts to adopt and implement a Programme of Work for the last 20 years or more, and if we’re to use our time productively in 2020 we’ll have to deal with this issue somehow.

So, as our minds start to turn to the UNGA First Committee meetings coming up next month in New York, there’s plenty to reflect on, but not much to show for our work in the CD this year. We’ll be working hard to support our colleagues from Algeria and the other five Presidencies for 2020 as we try to get this important forum back to substantive work.