Humanitarian Intervention: Advantages and Disadvantages in East Timor and Kosovo 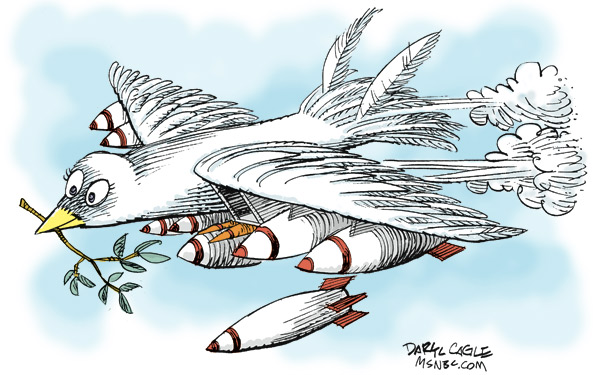 Have There Been Occasions on Which the Advantages of Humanitarian Intervention Using Armed Force have Outweighed the Disadvantages?

Humanitarian intervention can be defined as the attempts of a foreign state to prevent violations of human rights in another state, often through the use of armed force. The use of armed force to protect human rights, however, carries with it the risks of civilian and military casualties and exacerbating the violence, and it rarely provides a long-term solution to causes of conflict. The success of an intervention should primarily be determined by whether it has saved lives; however, this cannot be separated from whether it enables long term stability to prevent future conflict and loss of life. Humanitarian intervention using armed force, in some cases, may be the only way to prevent mass killing, and it can have a positive outcome.

This essay focuses on the case of military intervention in East Timor in 1999, when the vote for independence from Indonesia was followed by mass violence by the Indonesian army and militia groups against civilians. The Australian-led International Force for East Timor (INTERFET) successfully suppressed the violence, protecting the civilian population and enabling the rebuilding of the territory as an independent nation. In other cases, however, military intervention can have significant negative repercussions, and it is important to weigh up these disadvantages against the ability of military force to end conflicts. NATO’s intervention in Kosovo in 1999 exemplifies many of these disadvantages, including the risks of causing civilian casualties, exacerbating ethnic tensions and increasing violence. NATO’s bombing of Serbia was initiated to protect the Kosovar Albanians from ethnic cleansing led by Serbian leader Milosevic, yet it provoked an increase in ethnic cleansing, caused hundreds of civilian deaths, and it failed to lay the foundations for long term stability. This suggests that the negative repercussions of intervention overshadowed any gains.

Despite the risks, in some cases military intervention is required to halt mass violence and has been successful in doing so. After the vote for independence in East Timor, anti-independence militias and sections of the Indonesian army began a rampage of violence, deporting an estimated 141,000 people to West Timor, and leaving 520,000-620,000 displaced within East Timor (Seybolt, 2007: 88). Although estimates of numbers killed vary from hundreds (Seybolt, 2007: 89) to thousands (Robertson, 2006: 496), those displaced were increasingly at risk of death from starvation and disease, cut off from food and water supplies. Only rapid military action could have halted the violence, and this came in the form of the 7000 strong, Australian-led INTERFET. The force swiftly brought an end to the violence, and in doing so Seybolt (2007: 91) estimates thousands of lives were saved. In this case, therefore, military intervention was successful in preventing further deaths of civilians.

Many have argued that, similarly, military intervention in Kosovo was the only way to stop the oppression of Albanian Kosovars by Milosevic’s regime. The bombing did eventually force Milosevic to withdraw the Serbian army from Kosovo, putting a stop to the systematic oppression of the Kosovar Albanians. Milosevic was also forced to allow the entry of a UN interim administration with a framework for a move to self-government (Robertson, 2006: 485-6). These gains came at great costs, however, and in the short term there is a general consensus that, rather than saving lives, NATO’s bombing of Kosovo intensified the violence, provoking a dramatic increase in ethnic cleansing. Unable to target NATO planes, the Serbs sought revenge on the Kosovar Albanians, a task that was facilitated by the removal of monitors from the region prior to the bombing (Chomsky, 1999: 33-4). In the year before the intervention, around 1000 Kosovar Albanians were killed and 400,000 driven from their homes (IICK, 2000: 2). During the bombings, however, the number killed dramatically increased to 10,000, whilst 863,000 were forced to leave Kosovo, with 590,000 internally displaced (IICK, 2000: 90). These figures seem to confirm that NATO bombings intensified ethnic cleansing rather than preventing it, suggesting intervention did not save lives in the short term. The refugee crisis this triggered also exacerbated economic and ethnic tension in neighbouring Macedonia and Albania (Layne, 2000: 56).

It is possible, however, that in the absence of intervention this ethnic cleansing would still have taken place. For example, Robertson (2006: 481) claims that although the bombing sped up the process, Milosevic had always intended to cleanse the Albanians, and the violence was ‘an indication of what was always in store for the Kosovars.’ It is impossible to know whether such violence would have taken place in the absence of intervention, but given that US-NATO Commanding General Clark viewed the escalation of ethnic cleansing following the bombing as ‘entirely predictable’ (quoted in Chomsky, 1999: 20), further attempts should have been made to negotiate with Milosevic to avoid military force. For example, Mandelbaum (1999: 4) points out that the final agreement accepted by Milosevic after the bombing was more lenient towards Serbia than the Rambouillet Accords offered in February 1999, suggesting there was room for further negotiation. The intensification of the violence that military intervention brought in Kosovo and the great loss of life this caused outweighs the fact that it did eventually force the withdrawal of Serbian forces.

Military intervention also carries a great risk of casualties to either civilians or troops. In the case of Kosovo, NATO was reluctant to risk the lives of NATO troops and so favoured a bombing campaign rather than a ground invasion. The decision to fly above 15,000 feet to protect NATO troops further endangered civilians by making it more difficult to hit targets. On 14 April, for example, 79 Albanian refugees were killed on the Djakovica Road by a NATO bomb (Layne, 2000: 55). It is estimated that in total NATO bombs killed 495 civilians and left 820 wounded (IICK 2000: 94). Furthermore, bombing was more effective against civilian infrastructure, such as the Yugoslav power grid, than the Serbian infantry, and thus was increasingly targeted (Ignatieff, 2000: 108). These targets, as well as endangering the lives of civilians, also had the disadvantage of damaging Serbian infrastructure.

Although eventually the bombing pressured Milosevic to capitulate, it was ineffective against paramilitary action and failed to bring a swift end to the ethnic cleansing (Wheeler, 2000: 270). Given its failure to prevent ethnic cleansing, the casualties and destruction the NATO bombing caused outweighed any gains it brought. In contrast, the willingness to risk the lives of troops in East Timor through a ground invasion meant the intervention posed less danger to civilians and had greater success in halting violence. As foreign troops spread their control across the territory, the militia fled and stability was restored without any civilian casualties (Seybolt, 2007: 256-7). Seybolt does admit, however, that East Timor was ‘an easy case’ as Indonesia had consented to the intervention under international pressure and ordered the withdrawal of its military, leaving only a relatively weak militia force to overcome (2007: 261). Nevertheless, military intervention in East Timor is an example of how military force can rapidly halt violence without endangering the lives of civilians.

Military intervention can also have the disadvantage of hindering the efforts of humanitarian aid workers and NGOs. Military intervention further politicises their work in the eyes of local people by associating it with foreign troops, and NGOs can become targets, which endangers their lives (Seybolt, 2007: 17). In order to prevent this risk and protect individuals from NATO bombing, peacekeeping monitors in Kosovo were withdrawn on 20 March 1999, facilitating increased violence (Chomsky, 1999: 33). If military intervention had been avoided, peacekeeping monitors could have remained, restraining violence whilst further negotiations took place. On the other hand, military intervention can also be used to protect and assist the work of NGOs. For example, in East Timor, foreign troops were able to secure control over airports to facilitate the supply of aid and provided convoy escorts to repel ambushes and increase the areas aid could reach (Seybolt, 2007: 169). By enabling the supply of food and medicine, the mortality rate remained relatively low. Seybolt (2007: 90-1) estimates military support for these operations saved 5000-10,000 lives. Although in Kosovo military intervention had the disadvantage of hindering the work of NGOs, the use of ground troops in East Timor saved lives by assisting the supply of aid.

While military intervention can temporarily halt violence, it rarely provides a long-term solution to its causes. Although NATO bombing in Kosovo eventually forced the Serbian Army to withdraw its troops and allow a UN interim administration to enable the movement towards self-government, at the end of the conflict an independent commission concluded that ‘many of the basic problems that precipitated the conflict still plague the region’ (IICK, 2000: 97). Ethnic violence continued to be a serious problem, with revenge attacks by Kosovar Albanians killing 700 Serbians from June 1999 to December 2000 (Seybolt, 2007: 85). In fact, NATO bombings deepened rifts between the Serbian and Albanian populations, making future peaceful coexistence less likely. For example, in Vojvodina, a previously peaceful region—resistant to Milosevic’s regime—where ethnic minorities lived in harmony, the devastation of the Serbian economy and infrastructure by the bombing resulted in a destruction of pro-Western sentiment and increased ethnic tensions (Chomsky, 1999: 34). Kosovo’s transition to independence was completed in 2008, but the ethnic tensions that caused the crisis still remain a major cause of violence (ICG, 2012). Although military intervention can temporarily halt violence, generally its inability to tackle its causes means it does not prevent loss of life in the long term. Intervention in Kosovo additionally had the negative effect of exacerbating existing ethnic tensions, further overshadowing the short term gains it brought.

Often interveners are too focused on securing a short-term end to the conflict rather than providing long-term reconstruction to prevent future violence. Belloni (2007: 467) argues that costly military interventions leave a smaller budget for long-term development aid. This is supported by the fact that although Western governments spent $4 billion on the bombing campaign in Kosovo, only $1 billion was pledged for reconstruction whilst an estimated $30 billion was required (Herring, 2001: 236). Taking into account the negative effects of intervention in Kosovo and its lack of provision for long-term stability, the advantages of intervention are outweighed.

In East Timor, however, military intervention was successful in paving the way for a more peaceful future in the long term by removing the threat of military resistance to the transition to independence. In contrast to Kosovo, there was little desire for vindictive revenge in East Timor, enabling the maintenance of peace (Traub, 2000: 81). Intervention brought the stability required to facilitate the construction of infrastructure and the political and judicial institutions required in East Timor for the eventual transition to independence in 2002 (Shwartz, 2004: 161). While intervention in East Timor was able to lay the foundations for future stability in Kosovo, it could not end the ethnic tensions which continue to cause violence and loss of life in the country.

Intervention in East Timor illustrates how armed force can be successful in saving lives by halting violence, assisting the supply of aid and laying foundations for future stability. However, this was a relatively simple intervention that had acquired the consent of the Indonesian government and therefore faced only a relatively weak militia force. In more problematic cases it is important to be acutely aware of the possible negative repercussions of intervention. The NATO bombing of Kosovo resulted in civilian casualties, exacerbated ethnic tensions and crucially, rather than saving lives, it actually provoked an increase in ethnic cleansing. Intervention in Kosovo failed to provide a long-term solution to ethnic tensions and in the short term did more harm than good. Therefore, alternatives to the bombing should have been sought. If further negotiations had failed and Milosevic had pressed forward with his campaign of ethnic cleansing, NATO should have been willing to risk the lives of foreign troops through a ground invasion, as in East Timor. This would have reduced the risk of civilian casualties and been more successful in halting ethnic cleansing. In this case the positive results of intervention may have outweighed the disadvantages. 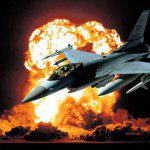 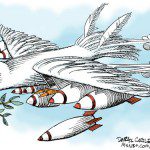 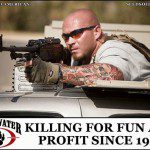 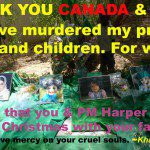 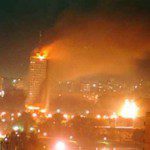 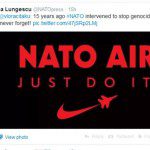 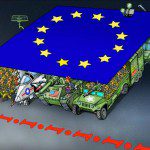 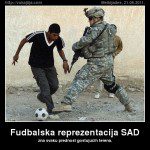 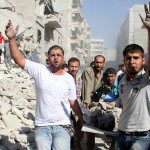 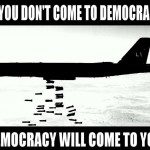 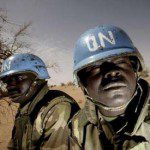 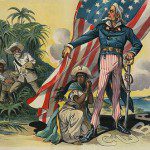 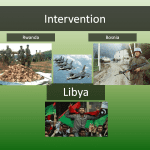 29. The Kosovo War started in 1998 by ethnic Albanian revolt for the reason that Serbia oppressed KosMet’s Albanian rights as did not recognize elections in 1998