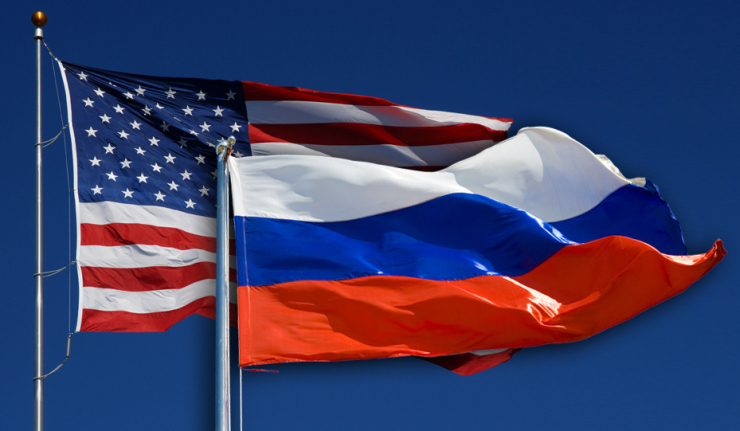 Russia’s humanitarian actions vs Western military interventionism: Tskhinval is not Tripoli, Crimea is not Kosovo

Humanitarian interventionism (HI) has become an international buzzword ever since NATO’s bombing campaign of Yugoslavia in 1999. HI is understood as being a humane war that is fought to prevent human rights abuses by the state against its citizens.

Afterwards, the slogan morphed into the Responsibility to Protect (R2P) doctrine and was evoked to destroy “the Switzerland of the African continent”. R2P expands upon HI by stating that other countries have the right to intervene in a domestic conflict if the host government cannot prevent atrocities from being carried out against its citizens.

The Western media frames HI and R2P as being just concepts, but only when they are carried out by the US and NATO. Russia is lambasted for following the same practice, even though in both of its applications (Georgia in 2008 and Ukraine in 2014), it had even more legitimacy to do so because its own citizens were under impending threat or direct attack in neighboring states. Russia’s humanitarian activity in Georgia and Ukraine have thus far been restricted to a given area, rapidly achieved, and more peacefully implemented than anything the West has attempted. Therefore, it is more accurate to state that Russia carries out humanitarian actions while the West promotes military interventionism.

The Russian Template of Humanitarian Action:

Russia’s activity in Georgia and Ukraine follows a simple defensive pattern: (1) there is an unresolved demographic/political dispute in the former USSR, whose collapse was the “greatest geopolitical catastrophe” of the 20th century; (2) a pro-Western government (illegally or covertly installed) in a neighboring state aggravates the situation and provokes unrest; (3) and then Russia has the legal (2008) or moral (2014) obligation to protect its citizens from further threats or physical harm.

Russia’s first humanitarian intervention was in 2008. Mikhail Saakasvhili had attacked Russian citizens and peacekeepers in South Ossetia, thereby necessitating a Russian counterstrike to force Georgia to peace. Russia kept its operations contained to South Ossetia and Abkhazia, only venturing outside of those republics to attack Georgian forces positioned elsewhere which were providing support for Saakashvili’s offensive. The war was over in five days and Russia’s objective of preventing further slaughter was achieved. All in all, casualties were kept to a minimum and Georgia’s civilian infrastructure remained intact. This is largely due to the fact that Russia did not attack non-military targets.

The lesson of 2008, when Russian citizens in Tskhinval treacherously experienced a surprise attack by a government that had just declared a cease fire earlier that same day, was not lost on Russian decision makers in 2014. With extreme fascist elements roving the Ukrainian Rada and violent attacks and nationalist threats becoming part of the regular routine for ethnic Russians, Moscow could read the writing on the wall and discerned that the situation was very dangerous for its ethnic and legal compatriots. A repeat of 8 August, 2008 will not be allowed in Ukraine, hence why Russia had taken peaceful proactive measures in protecting its citizens in Crimea. Bolstered by Russia’s diplomatic, economic, and political support, Crimea’s self-defense forces secured the republic and held a democratic referendum without incident, where the overwhelming majority of the citizens (96.77 percent) opted for reunion with the Russian Federation.

This peaceful pattern may be employed in Eastern and Southern Ukraine, where ethnic Russians still face threats to their livelihood and the Ukrainian junta refuses to help them (and even abets such activity). Also, since Russian support in Crimea was not direct, it could possibly be that this was Russia’s first attempt at its version of a “Lead from Behind” strategy.

The US/NATO Template of Military Interventionism:

The US and NATO have desecrated the idea of HI and R2P to such an extent that it is not appropriate to include those two actors’ names in the same sentence as those concepts. The US and NATO carry out military interventionism, not HI or R2P. Their offensive template is also very easy to discern:

(1) Provoke a civil conflict by arming/training militant partisans; (2) push for sanctions against the targeted government after it acts to protect itself against the insurgents; (3) advocate a “no-fly zone” and/or NATO war characteristically using disproportionate firepower; (4) and bomb civilian infrastructure until the country surrenders. (Special forces units can be deployed during any of these steps to act as force multipliers.)

Under the pretense of preventing “genocide” against ethnic Albanians living in the cradle of Serbian civilization, NATO bombed Yugoslavia for 79 days to support the Kosovo Liberation Army (previously declared a terrorist group by the State Department). Civilian infrastructure was decimated and the NATO intervention was “humanitarian” only in the sense that it brought about more human suffering than it alleviated. The “independent” Kosovo that came about as a result is nothing more than a NATO protectorate and vile drug and human trafficking waypoint into the heart of Europe. Ironically, Kosovo’s pivotal role as a central point for trafficking operations has resulted in continued untold human suffering all throughout the continent.

The US and its French and British NATO allies then proceeded to bomb Libya to smithereens in 2011. They had previously trained and supported the “Free Libyan Army”, which was fighting a violent insurgency against Gaddafi, and their abuse of UNSC Resolution 1973 was unprecedented in international law. The lie was that Gaddafi was massacring his own people and that the “international community” (NATO) had to follow R2P in order to save the day. What really happened was that violent thugs were disturbing the peace and provoking the government in order to elicit a NATO counter response. Libya, once the economic crown of North Africa, has now been transformed into a violent terrorist nest. Once more, “humanitarian intervention” led to more human suffering, and the US and its allies were responsible for protecting and furthering the interests of terrorists.

The Difference between Russia and the West:

Now that the two diametrically opposite approaches and results have been presented, it is easy to see the differences between them. Russia’s operations were very short, and in the case of Crimea, did not even involve any casualties. They also never stretched past their stated areas of operations and engulfed the entire country. They were purely to safeguard the rights of the people being unfairly targeted by their government, and the mission was accomplished with minimal collateral damage and no regime change. No terrorist groups were aided by Russia’s actions, and neither was civilian infrastructure targeted. Most importantly, Russia was acting within its own neighborhood and protecting its citizens.

The US and NATO’s track record looks abysmal compared to Russia’s. The operations were for protracted periods of time and involved many casualties, especially civilians. They spread all across the country and also fulfilled selfish geopolitical and economic objectives (Camp Bondsteel in the Balkans; control over Libya’s energy reserves and the prevention of the Gold Dinar). Resistant and defiant (R&D) leaders were subsequently removed from power and their countries proportionally weakened. Neither of the operations were launched to directly protect US or EU citizens, but instead, they were ostensibly to subjectively protect foreign ones. This pick-and-choose strategy is blatant hypocrisy, as the West allows extreme human rights abuses to be perpetuated by its complacent Saudi and West African allies, for example, but plans for war once the media ratchets up and distorts its information campaign against targeted R&D states.

Moscow Calls the West on its Game:

The world was thankfully saved from another disastrous “HI/R2P” Western-led campaign by the effectiveness of Russian diplomatic efforts in September 2013. Moscow had become painfully aware of the West’s abuse of humanitarian slogans to further its own interests, and the moment the US began speaking about a R2P operation in Syria, Russian diplomats immediately went to work to stop it. Russia, directly represented by the consummate statesman Sergei Lavrov, tirelessly worked to prevent the US from carrying out “limited strikes” against Syrian targets. It is doubtful that the strikes would have remained “limited” if they began to be carried out, as one could see from how the Yugoslav and Libyan bombings expanded to include the entire country over a several month period. By calling the West on its HI/R2P game, Russia may have thrown a wrench in the West’s plans for continuing to abuse these altruistic concepts in justifying future wars of aggression.

Although the West popularized the idea of HI and R2P, it is really Russia that stands true to the stated principles behind these ideals. Russia remains consistent in its approach to this topic, whereas the West merely uses it as emotional window dressing to disguise ulterior motives and rev up popular support for war. In this manner, the West curb stomps all peaceful and humanitarian ideas out of these philosophies, turning them into hollow slogans devoid of their true meaning. Owing to the fact that the motivations and methods behind each campaign are so drastically different, it is deceitful and immoral to compare Tskhinval to Tripoli or Crimea to Kosovo.

The way that the West wages HI and R2P is so far removed from their original purposes that it can be said that the West doesn’t pursue them at all – they only perform military interventions. Russia, through its strict observance of the original intent behind these concepts, can accurately be described as carrying out humanitarian actions. As with the countries that most loudly proclaim their dedication to “democracy”, those shouting for “humanitarian intervention” and “responsibility to protect” are once more the ones perverting these principles in a classic bait-and-switch maneuver to advance their strategic interests.
Read more: http://voiceofrussia.com/2014_03_21/Russias-humanitarian-actions-vs-Western-military-interventionism-Tskhinval-is-not-Tripoli-Crimea-is-not-Kosovo-1878/