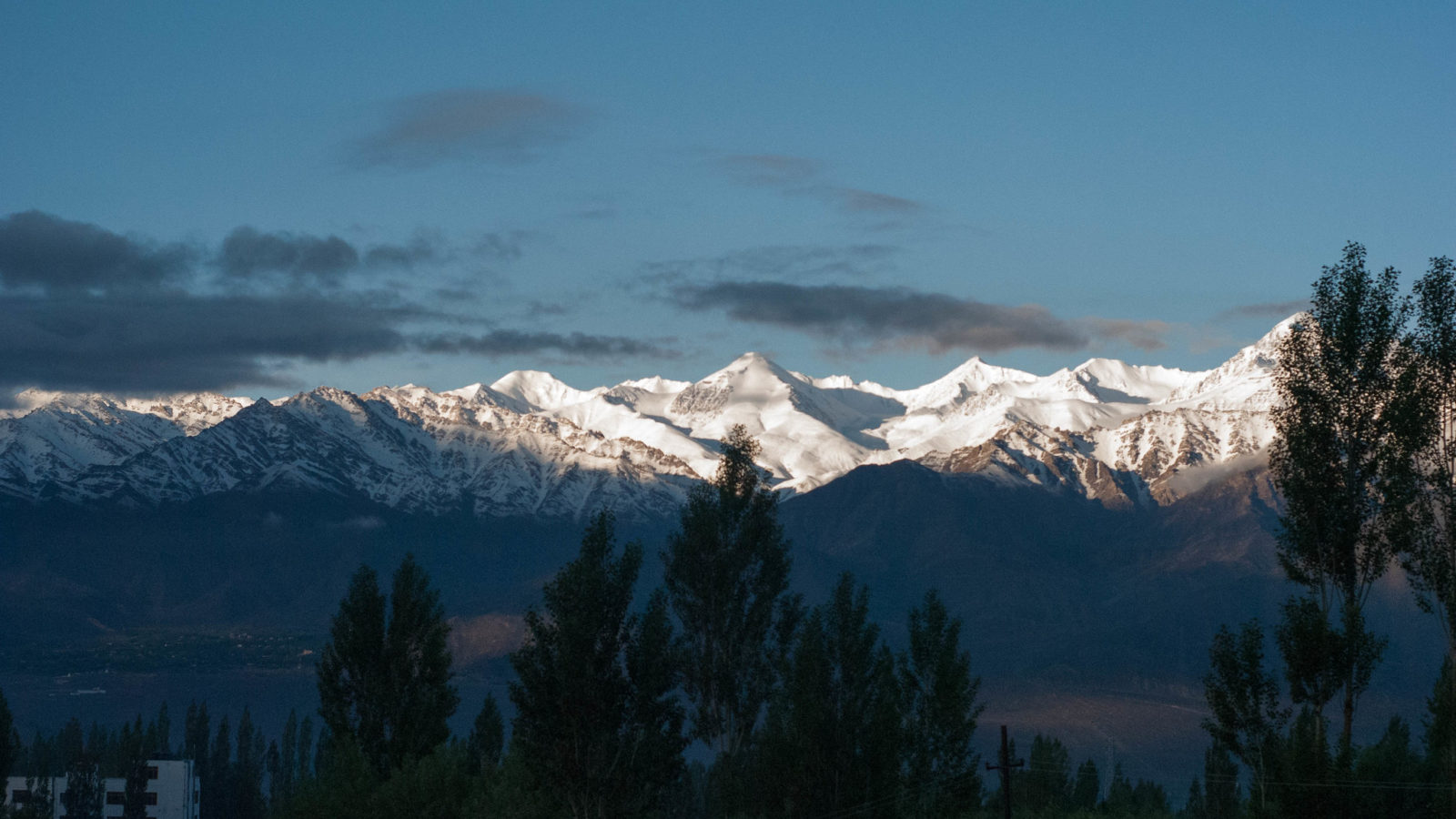 The Kargil [JB – see] war marked a significant shift for Indian diplomacy at both the domestic and international levels. By the third week of May 1999, it was clear that India would have to engage in military operations to clear the infiltrators from the Indian side of the Line of Control (LoC). The challenge was to do this in a manner that saw India remain legitimate and gain support from both the domestic and international audience. India’s success in the Kargil war was a result of its successful combination of diplomacy and the use of force.At the domestic level the Indian government, particularly the military, engaged in public diplomacy [JB emphasis, without the underlining used by the author, in order, for clarity’s sake, to distinguish his far more important emphases from my own, which narrowly focus on PD] embracing the TV with the aim of controlling the narrative and rallying citizens together. At the international level, India sought to ensure that it was seen as a victim of Pakistan’s aggression and was acting purely in self-defense. More importantly, in the aftermath of the 1998 tests, India sought to ensure that it did not lose further standing in the international community. While India achieved considerable successes in both these endeavors, twenty years on, some of these lessons from these successes may have been forgotten as India backslides into ad hoc public and international crisis diplomacy.Public DiplomacyKargil was India’s first television war. For the first time on Indian television, journalists reported from the frontline and images from the war saturated TV screens. This rallied public opinion in favor of Indian action. Among other things, this manifested in blood donations to the Indian Red Cross Society in New Delhi—which tripled during the war. Additionally, donations to soldiers’ welfare funds increased exponentially—while movie stars and cricketers did this publicly, school children across the country collected money to donate to these funds. Images of wounded soldiers, coffins, and bereaved families created awareness and solidarity. Furthermore, the use of the media was seen as a “force multiplier” for the Indian armed forces—it boosted morale of Indian soldiers in the frontlines.1

The Indian government aimed to capitalize on this dynamic by engaging with the media more and controlling the information in circulation to its advantage. To this end, routine media briefings by the Ministry of Defense were upgraded by the end of May to daily briefings conducted jointly by Indian Army, Air Force, and Ministry of External Affairs spokespersons.2 However, this was an ad hoc arrangement and not an institutionalized one.Pakistan was enabled to portray Indian censorship as “fear of the truth”—an ill-considered policy that cast India in negative light.Despite the ostensible success of Indian government in managing the narrative during the Kargil war, there were some shortcomings. The Kargil Review Committee Report (chaired by K. Subrahmanyam) stated that with regard to information policy and media relations, India did “fairly well in some respects, but not well enough.”3 The report highlighted that there was no media cell to assist reporters and that few of the journalists at the front had any training in war reporting.4Furthermore, the report criticized the Indian ban on cable operators showing Pakistani TV and access to the Dawn newspaper’s website on the internet. This enabled the Pakistan to portray Indian censorship as “fear of the ‘truth’”—an ill-considered policy that cast India in negative light.5 Ultimately, even though India successfully made use of public diplomacy at this scale for the first time in 1999, there remained critical issues to be addressed and the Kargil Review Committee rightly pointed that out. However, two decades on, it is not clear if these lessons were learnt by the Indian government.International DiplomacyIndia’s biggest success during the Kargil war was in the realm of international diplomacy. In the aftermath of the 1998 nuclear tests India was under sanctions—the UN security council resolution 1172 had condemned its actions, and multilateral and bilateral sanctions had India on the back foot when 1999 came around. It was in this context that India decided to not cross the Line of Control (LoC). It needed international opinion to be in its favor—much like the support of the domestic audience, the support of the international community was seen to be a potential “major force multiplier.”6As General V.P. Malik highlights in his book India’s Military Conflicts and Diplomacy, India’s goals with regard to the international community were:

These goals were achieved by the Indian diplomatic corps and enabled by India’s restraint from crossing the LoC. By the end of June, the U.S. government, the European Union, and the G-8 all threatened sanctions on Pakistan if it did not withdraw to its side of the LoC.8 International pressure was building up. Even Pakistan’s traditional allies in the Organization of Islamic Conference (OIC) chose to water down its resolutions against India. When Prime Minister Nawaz Sharif went to Washington, D.C. to meet President Bill Clinton on July 4, 1999, there was no international ally for Pakistan to turn to. As General Pervez Musharraf later admitted in his book In the Line of Fire, India’s efforts to isolate Pakistan diplomatically had worked and created a “demoralizing effect on Prime Minister Nawaz Sharif.”9 Sharif would eventually cave to Clinton’s pressure thus bringing the war to an end. Until the end of the negotiations, the U.S. State Department kept the Indian government in the loop—marking a shift from earlier India-U.S. relations during India-Pakistan conflicts.10 Indian military successes in Kargil notwithstanding, Indian diplomacy scored a clear win during this conflict.LegacyThe legacy of the success of Indian diplomacy during Kargil is mixed. The main legacy of Indian diplomacy is the positive turn in Indo-U.S. relations. The Kargil war marked the first instance in the history of South Asian conflicts that the United States strongly supported India. It lay the foundation of the current United States-India relationship by leading to the Strobe Talbott-Jaswant Singh talks that eventually culminated in the Indo-U.S. nuclear deal almost a decade later. Furthermore, in subsequent conflicts too, India was able to bear international pressure down on Pakistan—particularly in the aftermath of the 2001 Parliament attacks and the 2008 Mumbai attacks. This was a legacy of diplomatic precedent set during Kargil.The Kargil war marked the first instance in the history of South Asian conflicts that the United States strongly supported India.On the flip side however, there was no institutionalization of the process. The shift towards the use of ad hoc force instead of diplomatic means in recent conflicts with Pakistan demonstrate the lack of permanence of the lessons of Kargil. This is particularly evident in the context of public diplomacy. In subsequent crises—the most recent one after the Pulwama terror attack—the Indian government and armed forces appeared to be scattered and unable to produce a coherent and transparent narrative for public and international consumption. This is a far cry from the successful public diplomacy during the Kargil war. The Kargil Review Committee Report’s suggestion of a media cell to assist reporters with packets of information and coordinate crisis reporting was not taken up, leading to ad hoc uninstitutionalized nature of public information dissemination.
Twenty years later after Kargil, India needs to revisit the finer points of its diplomatic successes at both the domestic and international level. The main lesson for strategists from 1999 is that the effective use of force must be accompanied by diplomacy to attain concrete political goals. Given the low ebb in the relations between India and Pakistan at the moment—coupled with greater Indian willingness to use force—it is important for the Indian government to learn from Kargil, and lay out specific political goals and use diplomatic means to attain them. This needs to be in the form of an institutionalized agenda to put diplomacy first and the ad hoc show of strength second. Editor’s Note: This piece is part of an SAV series on the enduring debates and legacies of the Kargil conflict twenty years later. Read the series here.Image 1: Guarav Chaturvedi via FlickrImage 2: The India Today Group via Getty***

Debak Das is a PhD candidate in Political Science at the Department of Government, Cornell University. His doctoral dissertation examines how regional powers build their nuclear force structures. This research is based on extensive fieldwork in India, the United Kingdom, and France. Debak is also interested in historical archives, public opinion and foreign policy, and South Asian politics. He received his M.Phil in Diplomacy and Disarmament, and his M.A. in Politics and International Relations from Jawaharlal Nehru University, New Delhi. He also holds a B.A. (Honors) in History from Presidency College, Kolkata. Debak has formerly held research positions at Institute of Peace and Conflict Studies and the Centre for Dialogue and Reconciliation, New Delhi. In 2019-20, Debak will be a MacArthur Nuclear Security Pre-doctoral Fellow at the Center for International Security and Cooperation (CISAC), Stanford University.
Original Article