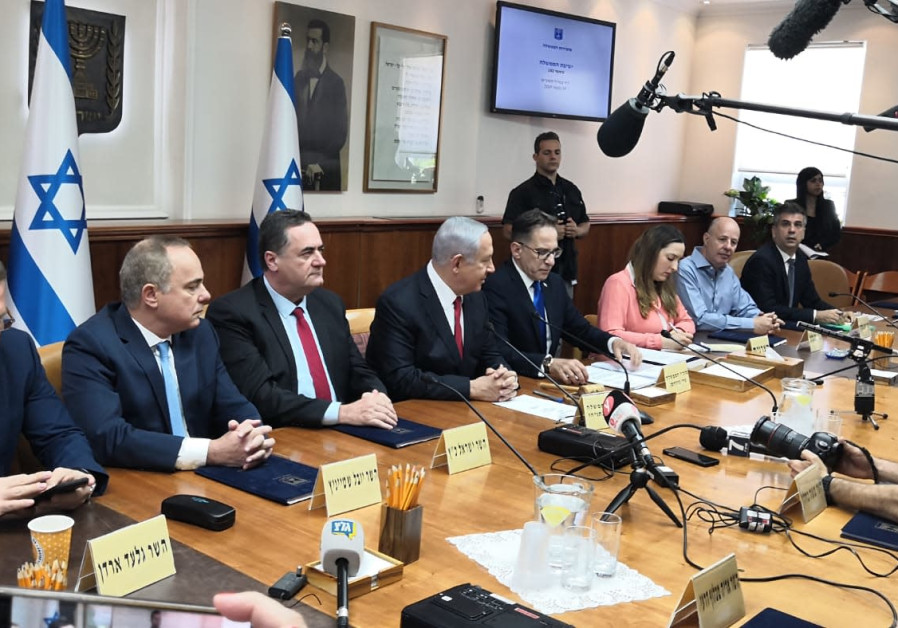 The Knesset is expected to vote in a first reading to cancel the 2013 law limiting the number of ministers in a government to 18, following Sunday’s cabinet approval of the move.
The bill, which will have to go through three votes in the Knesset, the first of which is expected to take place Monday evening, would allow Prime Minister Benjamin Netanyahu to appoint as many ministers as he needs to complete coalition negotiations.
The negotiations have been at an impasse for the past week, and no progress was made as of Sunday night. The deadline for Netanyahu to form a government is Tuesday, May 28.
Netanyahu lamented that potential coalition partners are making outlandish demands and need to be more realistic.
“I hope that we will find a way, as soon as possible, to bring them back to reality so that we can form a strong and stable government for the State of Israel that will continue to lead the country to new heights,” he said.
If Netanyahu forms a government with all of the other right-wing parties in the Knesset, it is expected to have 26-28 ministers, along with several deputy ministers.
To make that possible, some of the existing ministries are expected to be split into parts, including Strategic Affairs and Public Diplomacy [JB emphasis], Science and Technology, Labor and Social Services, and Culture and Sport – which were already broken off from the Education Ministry – and others. …
The reasoning behind the laws limiting the number of ministers is to avoid government waste; the current move is expected to cost hundreds of millions of shekels over the next four years. …