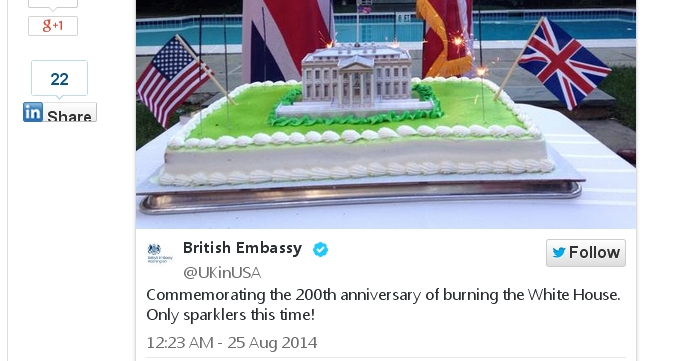 After joking about the anniversary of British troops invading Washington, D.C. and burning the White House in 1814, the British embassy in D.C. apologized Sunday night.

“Apologies for earlier Tweet. We meant to mark an event in history & celebrate our strong friendship today,” read a message posted to the embassy’s official Twitter account.

Commemorating the 200th anniversary of burning the White House. Only sparklers this time! pic.twitter.com/QIDBQTBmmL