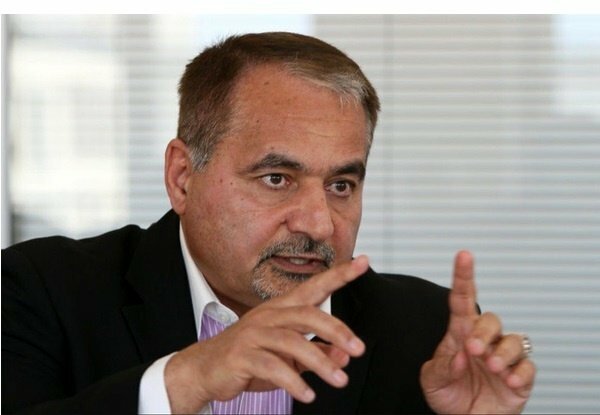 uncaptioned image from article
TEHRAN – Seyyed Hossein Mousavian [JB – see], a former Iranian nuclear negotiator who currently acts as a Princeton University researcher, has said that there will be no war between Iran and the U.S. in the current situation.
“Controversies in recent weeks, including dispatch of U.S. warship is more of a psychological warfare and Bolton-Netanyahu team is not planning to begin any war in the current situation,” he told ISNA in an interview published on Monday.
“Netanyahu [Israeli Prime Minister Benjamin Netanyahu] and [U.S. National Security Advisor John] Bolton, have a two-phase plan with eight parts in their agenda to be implemented until the end of U.S. President Donald Trump’s first tenure to bring him into a war,” he commented.
He said that the first phase is “maximum pressure” with four parts: first “economic war”, second “political war”, third “psychological-advertising war and public diplomacy” [JB emphasis] and the fourth part is “security war”.
He described the second phase as “the trap of military action”.
“They will assess the outcome of the first phase, before the main election competitions begin. If the result of the ‘maximum pressure’ operation was desirable, there will be no need for the next phase. Their priority is the collapse of Iran’s political regime without military war”
He said, “Some economic consequences following U.S. withdrawal from the Iran nuclear deal have made them hopeful about the outcome of this scenario.”
He added, “In the second part, during the upcoming months, they will try to display U.S. actions as a ‘defensive, not aggressive operation’. Netanyahu will handle the part with misinformation. With a calculated plan, he will send fake information to the intelligence and security institutions of the U.S. and other Western countries, demonstrating that Iran intends to invade U.S. and its allies’ troops or facilities in the region through Tehran’s allies, such as Hezbollah, Popular Mobilization Forces or Houthi movement.”
He noted that the third part of the second phase is “preparing U.S. troops and military bases for air and maritime operations in the region.”
“In the fourth part, they will try to do one or more terrorist operations against their own troops by their own forces,” he predicted.
Iranian Foreign Minister Mohammad Javad Zarif predicted on Saturday that there would be no war between the U.S. and Iran, however he said Washington should explain to the American people about its “dangerous moves” in the region.
“I am sure, as Leader of the Islamic Revolution has said, there will be no war, because neither we seek a war nor anyone can imagine any confrontation with Iran in the region. However, it is essential to clarify the U.S. dangerous moves for the people of this country,” he told IRNA before leaving Beijing for Tehran.
Tension has been increasing in the Persian Gulf and the wider Middle East region since the U.S. has made military threats against Iran and dispatched aircraft carrier to the regional waters and deployed Patriot missiles in certain regional countries.
Leader of the Islamic Revolution Ayatollah Ali Khamenei has ruled out the possibility of war between the U.S. and Iran despite heightened tensions between the two sides.
Speaking at a large gathering of officials last Tuesday, the Leader said Washington knows that engaging in such a conflict would not be in its interest.
Original Article