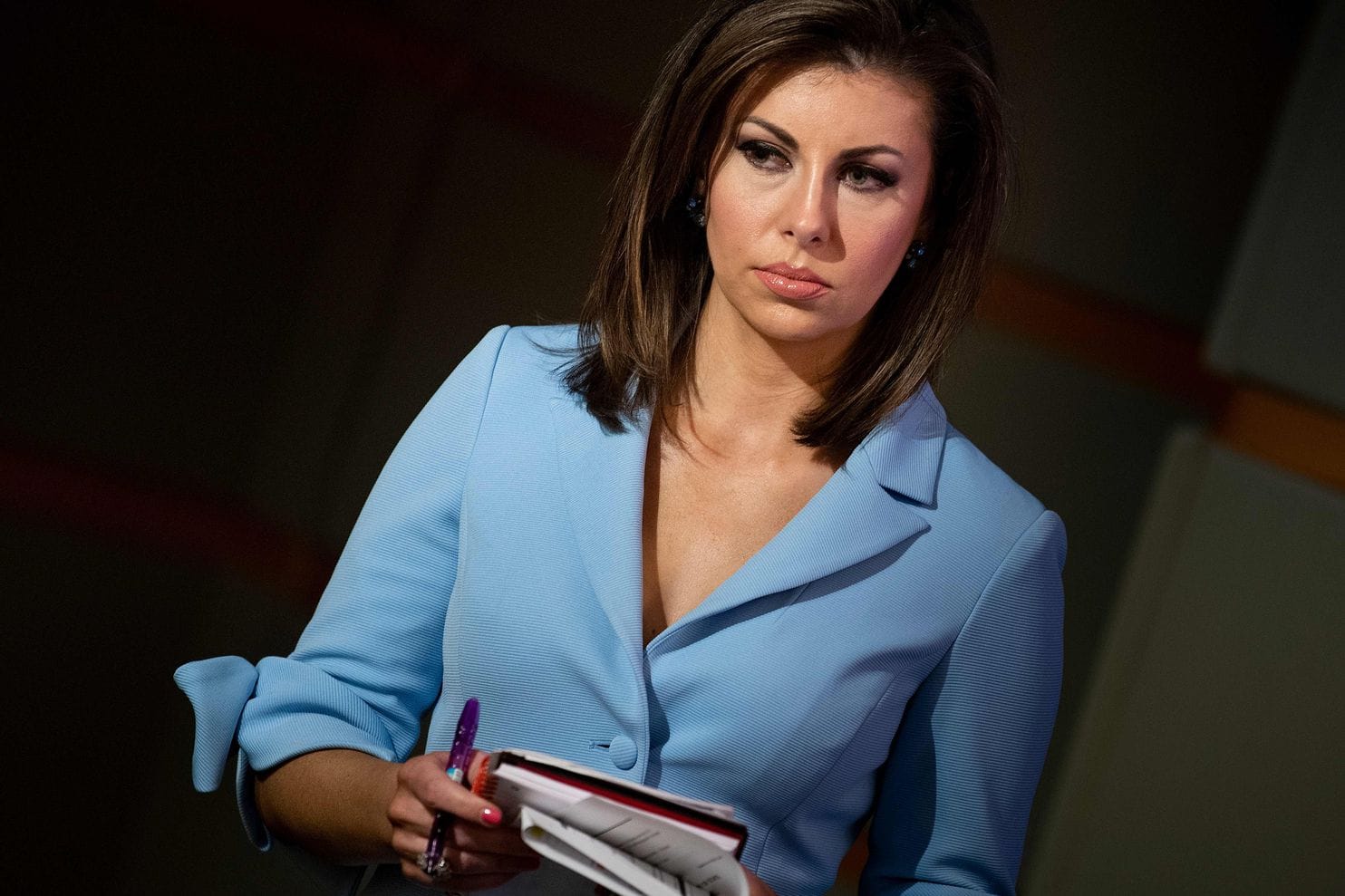 State Department spokeswoman Morgan Ortagus in April. (Brendan Smialowski/AFP/Getty Images)By Carol Morello, The Washington PostMay 28 at 4:27 PMThe State Department spokeswoman was at the lectern again Tuesday, fielding questions from reporters about hot spots causing diplomatic agita.Morgan Ortagus [JB: “She grew up in Florida and won the Miss Florida Citrus title in 2002”] had some dismissive words for Venezuelan President Nicolás Maduro and the Iranian regime. She referred questions about a Middle East peace plan to the White House. She called Secretary of State Mike Pompeo “incredibly supportive” of President Trump and his foreign policy agenda.Nothing Ortagus said was particularly groundbreaking. But the fact she was answering reporters’ questions at all was news in itself.Ending an intermittent hiatus, the State Department’s regular news briefing is coming back. After a couple of off-camera practice runs such as Tuesday’s, on-camera briefings are expected to resume later this week, possibly as early as Wednesday.Ortagus has promised to try to answer questions almost every weekday when she is not traveling with Pompeo. That will come as a relief to diplomats posted at embassies around Washington who follow the briefings closely, listening for any admonitions of their government’s transgressions.The resumption of news briefings also sets the State Department apart in an administration in which many normal practices have been abandoned.The Defense Department has gone almost a year without a press-secretary briefing, though Kiss frontman Gene Simmons and actor Gerard Butler have both done star turns on the Pentagon podium.The White House briefing room has been gathering dust since press secretary Sarah Sanders last showed up March 11 for only her second briefing of 2019. Trump has said he directed Sanders “not to bother” with the tradition, calling the press corps rude and inaccurate.The State Department briefings, a fixture since the Eisenhower administration, have served a small, targeted audience looking for gleanings of a shift in U.S. foreign policy and reaction to events around the world. They amplify the United States’ message, provide guidance to embassies and diplomats in Foggy Bottom and underscore the American belief in transparency even in the case of questions from Tass and Pravda.The State Department used to brief daily. But in the Trump administration, the timetable shrank to no more than twice a week, and often less.Robert Palladino, the deputy spokesman, held the last briefing on April 11. That was barely a week after Ortagus was named as a replacement for Heather Nauert.Ortagus is a Navy Reserve officer who was the spokeswoman for the U.S. Agency for International Development during the George W. Bush administration and worked in public diplomacy [JB emphasis] in Baghdad. She was an intelligence analyst and most recently a contributor on Fox News.Ortagus describes herself as a foreign policy wonk who watched the televised State Department briefings when she was in college and had a printout portrait of former secretary Condoleezza Rice [JB — see] on her dorm-room wall.In recent months, State Department officials have tried to “widen the aperture” of news organizations that cover Pompeo’s diplomacy, as Palladino was overheard telling a Christian broadcaster he invited to a briefing last month. They have invited reporters from Breitbart and the conservative website Townhall to accompany them on overseas trips while limiting the number of seats available to other media outlets.Original Article