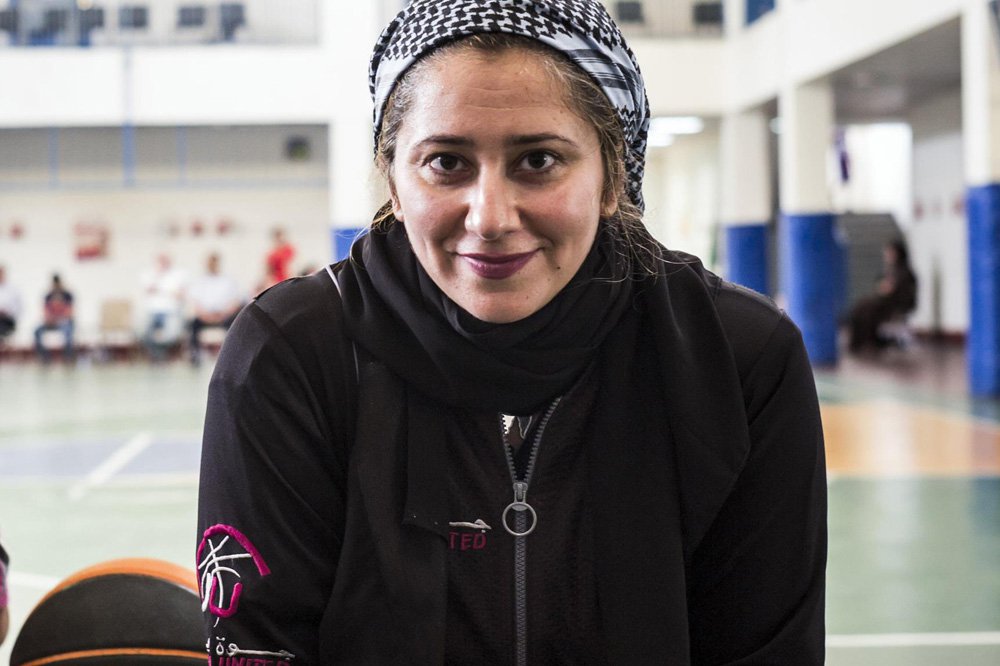 Lina AlmaeenaThis week, Saudi Arabian women hit a new milestone in the field of sports, this time through a very unique initiative launched by Saudi Arabia’s Shoura Council member, Lina Al-Maeena, and Belgium’s ambassador to the Kingdom, Dominique Mineur. According to Arab News, the two women created a project that saw a Riyadh-based, all-Saudi-female team compete – and triumph – against their rivals, a team of envoys from Belgium, Switzerland, Taiwan, Algeria, the United Kingdom, and the United States.
The sister of Al-Maeena, who is co-founder of the Riyadh United basketball team, and their teammate Dania led their team to victory, breaking the deadlock in the very last moments of the game, a few seconds into overtime. Dr. Salwa Al-Hazza, head of the ophthalmology department at King Faisal Specialist Hospital, and Martina Strong, charge d’affaires at the US Embassy in Riyadh, awarded medals and trophies to the players. Amongst those cheering the teams on were Hind Al-Zahid, undersecretary for women’s empowerment at the Ministry of Civil Services, and Shoura Council member Moudy Al-Khalaf.

Jeddah United TeamSpeaking to the news site after the high-energy match, Al-Maeena said that she believed the sports project, now in its inaugural phase, will grow into something that will send out an inspiring message to the world. She also explained that this first match ultimately aided in strengthening relations with the international community in Riyadh.
“It’s public diplomacy [JB emphasis] … through sport because health is wealth, and that is why we are here,” she said. “We build bridges and make contacts. Instead of gathering for a luncheon, this is an amazing way to do three things at the same time: Taking care of ourselves, communicating and building friendships in a positive social environment between the diplomats and the Riyadh United team.”Lina Al MaeenaJeddah UnitedSaudi Women in SportsSaudi Women Basketball TeamSaudi Female AthletesDominique MineurRiyadh UnitedSaudi WomenSaudi Arabia WomenSaudi FemaleSaudi WomanSaudi Arabia WomanOriginal Article