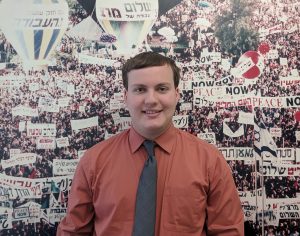 This week, the Trump administration undertook yet another move to delegitimize the Palestinian national movement and sever contacts with Palestinian leaders. Dr. Hanan Ashrawi, a high-ranking member of the PLO Executive Committee and head of the Department of Public Diplomacy [JB emphasis] and Policy for the Palestinian Authority, announced on May 13th that the US had denied her a visa without providing an explanation. Ashrawi, who earned a doctorate from the University of Virginia and has negotiated with every US administration from Reagan to Obama, was slated to speak at several think tanks and universities and planned to visit family. Ashrawi has been fiercely critical of the Trump administration.As the latest of a set of hostile actions by the Trump administration against high-ranking and influential Palestinians, the denial of a visa to Hanan Ashrawi should be of great concern to advocates of a two-state solution.The administration’s approach to the US-Palestinian relationship is antithetical to peace. Jason Greenblatt, Donald Trump’s Special Representative for International Negotiations, regularly uses Twitter to carry out a war of words with PLO leaders. In a recent exchange with Dr. Ashrawi, he punctuated his criticism with an open invitation to meet him at the White House. That was followed by this recent denial of Ashrawi’s visa application. All the while, the Trump administration blames the Palestinian leadership for cutting off dialogue. Meanwhile, the Trump Administration decided last year to close and expel the PLO mission in Washington, and has terminated US foreign aid to the Palestinians.In addition to severing connections with the official Palestinian leadership, the administration is closing doors on Palestinian voices more broadly. Last month Omar Barghouti, one of the founders of the Boycott, Divestment, and Sanctions (BDS) movement, was told upon his arrival to Ben-Gurion Airport not to board his flight to the US because he would be denied entry, despite having received a valid visa. Regardless of one’s position on BDS, it is clear that the administration is wrongly punishing Palestinian leaders who support nonviolent resistance.This action against Dr. Ashrawi comes just weeks before the supposed release of the long-awaited Trump administration “peace plan.” As Martin Indyk, former US Special Envoy for Israeli-Palestinian Negotiations, tweeted in response to this incident, “It’s hard not to conclude that this is yet another punitive action towards the Palestinian Authority. How can this approach possibly serve the interests of peacemaking?” I agree with Ambassador Indyk. How can there be any real peace between the parties if the broker refuses to talk to, or even acknowledge the legitimacy of, one of the two parties? Blocking Ashrawi from entering the United States does not serve peace, does not serve Israeli security, and does not serve US interests. All it does is deliver another blow to Palestinians working to build an independent Palestinian state, living side-by-side in peace and security with Israel.Original Article