The battle of tweets we have been witnessing of late, reminds us that we have certainly come a long way from the style in which diplomacy was conducted since 1648. That was the year when the Peace of Westphalia launched the modern secular sovereign state system. It introduced new guidelines for states in their dealings with one another. They demanded “accuracy, calm, patience, good temper, modesty” from an ideal diplomat, as defined by Harold Nicolson, the British diplomat famous for his books and diaries.

Donald Trump’s twitter page in Washington, DC using a Game of Thrones-styled montage. In April 2019 the US President tweeted “Game Over” declaring himself fully vindicated in the investigation into Russian election meddling and alleged collusion in the 2016 presidential elections.

With the advent of the Trumpian age, we have been introduced to what one may call post-modern diplomacy. If Trump were to be taken as an example, our diplomat would have to be brash, rude and blunt. He could stoop to any depths to draw attention. This being the age of technology-driven communication, the interaction is fast and widely publicised.

Since changes have come rapidly, there has been no time to draw up a code of conduct to regulate the application of new technologies to the workings of governments. As a result, international relations operate in a jungle of tweets in the mayhem of Facebook and a 24/7 television cycle.

Previously the key feature of the international system was that it allowed sovereign states to conduct relations  within a universally recognised legal framework – initially informal and then codified with the passage of time.

Numerous treaties and conventions, starting with the Congress of Vienna in 1815,  were negotiated. The  most significant one that regulates diplomatic relations today is the Vienna Convention on Diplomatic Intercourse and Immunities that came into force in 1964. It formalised the principle that diplomats need security and confidentiality to perform their function of communicating with their home country and negotiating with foreign states without being pressurised.

So sacrosanct has been the right to privacy and secrecy  of a diplomat that governments have gone out of their way to prevent any breach of this principle. They are generally discreet and avoid hasty disclosures. These are traditionally  regarded as the forte of a good diplomat.

Some of this changed when the CNN entered the media scene. Press counsellors had to constantly dodge reporters that were hovering around. Even if they managed to evade media attention, they could not stop the phenomenon of instant global reportage of events that affected their government, even before the Ambassador had managed to connect with his boss back home.

The major impact of the ubiquitous presence of television was that governments started losing the initiative on critical occasions and the compulsion to react immediately led to hasty decisions – ones that were not always wise. Remember Somalia’s civil war in the 1990s? The American forces  intervened there, as was their wont. In October 1993,  the Somali insurgents captured some American soldiers. The bound corpse of one of them was dragged brutally through the streets of Mogadishu and televised by the CNN. That was the turning point for President Bill Clinton’s Somalian policy. American troops were withdrawn within a few months.

With the advent of the Trumpian age, we have been introduced to what one may call post-modern diplomacy. If Trump were to be taken as an example, our diplomat would have to be brash, rude and blunt. He could stoop to any depths to  draw attention. This being the age of technology-driven communication, the interaction is fast and widely publicised.

The Chinese are clever. They have mastered the art of silence to a degree that they get what they want without making a hullaballoo. When two Chinese women said to be running a massage parlour in Islamabad were abducted by the militants of Lal Masjid in 2007, there was no public protest from Beijing. But within a few days the Chinese women were recovered. However, not  all nations  have the patience and discipline of Confucius. Neither are all governments immune to public pressures as the Chinese are.

The debut of social media in the 21st century is another phenomenon that has had an impact on diplomacy. If used optimally and with integrity, it can become a rich source of information about the people and regions where a diplomat is based. Conversely, s/he can, in a way, engagewith the public directly and influence opinion about the country s/he represents.

Trump’s colloquialisms go viral on social media in spite of his less than eloquent, and often nonsensical, sayings.

But there are caveats in ‘digital diplomacy,’ as it is now termed,  that diplomats have to be mindful of. The most important of these is the need for excellent communication skills in those who use social media. Then they must have the discretion to distinguish between what can go public and what should be left unsaid, as delicate negotiations still need confidentiality.

Some recent battles we have witnessed on Twitter are certainly not the best examples of public diplomacy. Take the case of President Donald Trump’s infamous  tweets on Pakistan on New Year’s Day in 2018. Early in the morning, he tweeted, “The United States has foolishly given Pakistan more than 33 billion dollars in aid over the last 15 years, and they have given us nothing but lies and deceit, thinking of our leaders as fools. They give safe havens to the terrorists we hunt in Afghanistan, with little help. No more!”

Trump could certainly have been discreet. Had he been so, he wouldn’t have had to subsequently swallow his tweets, thanking Pakistan for facilitating the Qatar talks between Zalmay Khalilzad and the Taliban.

Not to be  left behind, the American Ambassador in Kabul jumped into the fray recently, when Imran Khan spoke about an interim government in Kabul, which the Foreign Office in Islamabad said had been quoted out of context. But for His Excellency John Bass, the opportunity to take a  swipe at Prime Minister Khan was too good to be wasted. He tweeted, “Some aspects of cricket apply well in diplomacy, some do not. #Imran Khan, important to resist temptation to ball-tamper with the Afghanistan peace process and its internal affairs.”  As expected, this triggered off a reaction that was equally ungainly.

Ministers joined the battle. They remarked that America had no diplomatic skills, its  ignorance was not bliss and that Mr Bass was  a “little pygmy” (the last coming from the Human Rights Minister, Shireen Mazari). Other tweeters egged them on.

Is this what digital diplomacy is all about?  In that case, all states should wind up their Foreign Offices and rewrite the rules of international relations. 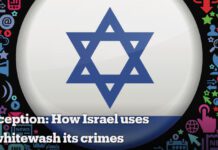 The art of deception: How Israel uses ‘hasbara’ to whitewash its crimes

‘Credentials’ to Her Majesty remotely presented

On 16th June, 2021, after a long period, the Slovenian Business Club (SBC) hosted a live event – a working meeting with the Minister of Construction, Transport and Infrastructure of the Republic of Serbia, Mr. Tomislav Momirović. The event was attended by over 80 members of the Slovenian Business Club. The club’s president, Danijela Fišakov, opened the event and in her speech, pointed out that, given the very challenging last year, the club managed to quickly and successfully adapt to the rather peculiar circumstances caused by the Covid-19 pandemic and remained very active. Continue reading Working meeting “Minister’s conversation with… [...]