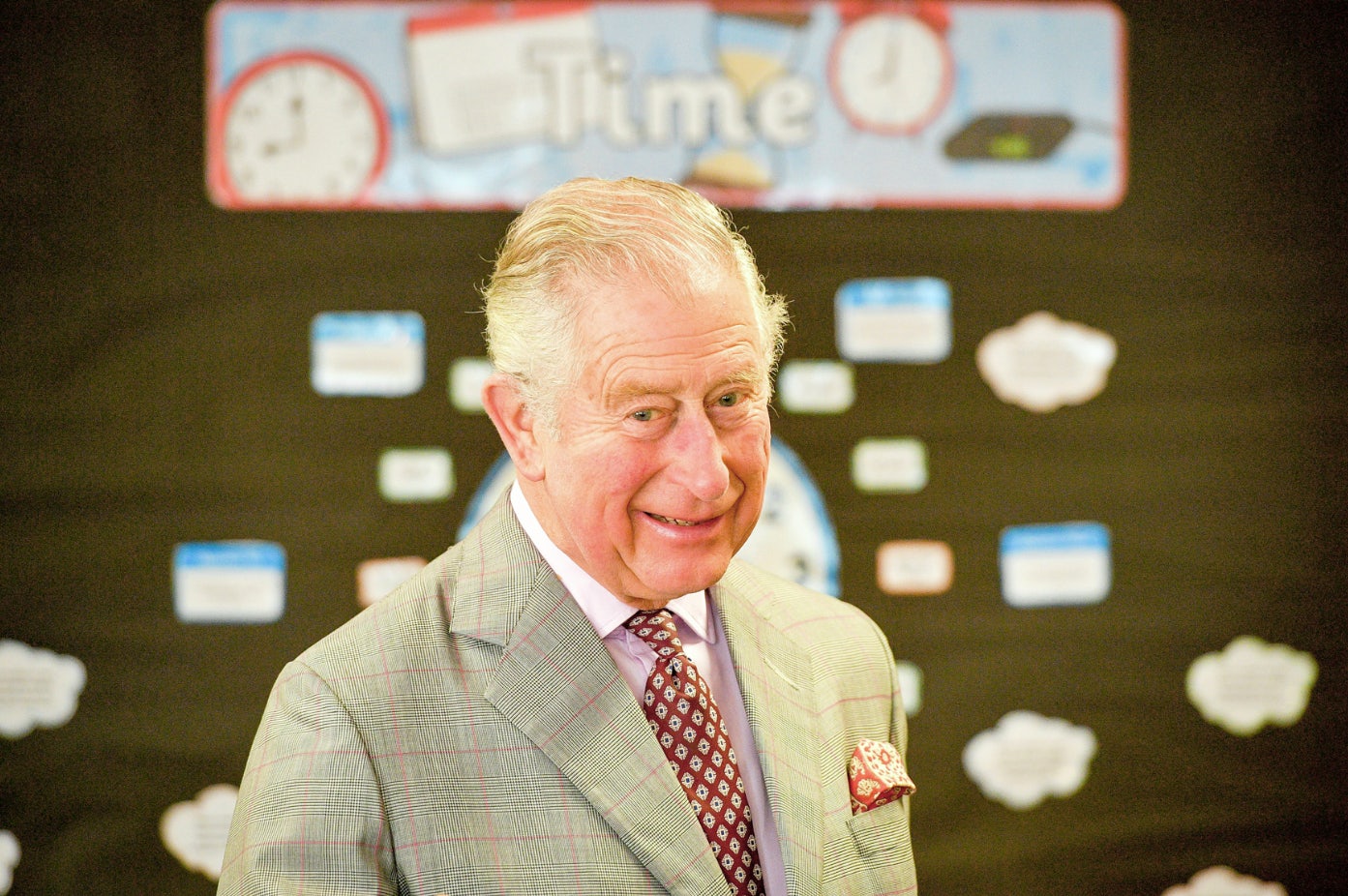 image from article, with caption: Charles: history’s longest-serving heir
The Prince of Wales is likely to shake up English Christianity when he becomes monarch
Last year saw an important milestone in the history of the British Royal Family. Prince Charles, the eldest son and heir to the Queen, celebrated his 70th birthday.
This being a royal celebration, it was unlike most significant birthdays. The Prince reached 70 on November 14, but the initial celebrations were in May. The series of garden parties and speeches and other events were designed as part of the Royal family’s continuing strategy of public diplomacy [JB emphasis] , conveying to all that the heir to the throne is ready to take up his role as king whenever the time comes, without, of course, mentioning anything as distasteful as the death of the Queen.
Prince Charles had a good year, and is, as the longest-serving heir in history, well prepared for his future role. His wife, the once deeply unpopular Duchess of Cornwall, has won widespread public acceptance, even appreciation. The Prince has also succeeded in another project, namely presenting a slimmed down version of the Family, consisting of himself, his two sons and their wives and children. Gone are the days when crowds of relatives appeared on the balcony of Buckingham Palace.
But it has not all been clear sailing for the Prince, and trouble may lie ahead when the transition comes.
Tom Bower published a new biography of the Prince last year that portrayed him as somewhat eccentric and out of touch. That is not surprising, as royalty never experiences life the way the rest of us do. Bower claimed that the Prince does not know what cling film is. That sort of ignorance we can all live with. Far more disturbing are Charles’s frankly loopy ideas about complementary medicine, a pseudo-science that has offered false hope to some, and, worse, prevented others from receiving conventional help that might have prolonged their lives.
To the theologically literate reader, Charles sounds decidedly pantheist, following in the steps of his beloved mentor, Sir Laurens van der Post. The Prince may indeed belong to the “spiritual but not religious” wing of humanity, having, Bower also notes, an affinity for Islam. But his lack of attachment to the Church of England is causing alarm in some quarters.
The Queen is a devout Anglican. She does not like Catholicism, and is firmly attached to the idea of a national church of which she is supreme governor. Charles is no fan of Catholicism either, though he does like the Eastern and Oriental Orthodox Churches, for whom he has been a strong advocate. But those who have observed him say that he does not get the point of the Church of England as a national church. He has spoken in the past, tellingly, of being a ‘‘Defender of Faith’’ rather than ‘‘Defender of the Faith’’. The idea of a national established church, ever harder to justify given the precipitous decline in Anglican practice in England (now fewer than a million people attend CofE services every Sunday), may perhaps be abandoned after the Queen’s reign. Without Elizabeth II to defend it, Anglicanism will be one step closer to disestablishment.
The disestablishment of the Church of England – that is, losing its position as an official religion, and the removal of the Anglican bishops from the House of Lords – will surprise no one when it comes. Indeed, the only surprising thing will be that it has taken so long to sweep away such an obvious anachronism.
The Anglican Church has long been disestablished in Ireland (1870) and in Wales (1920), and was never established in Scotland or the United States. In all of these nations, it continues, albeit as a small church on the edge of national life. Is that the future for Anglicanism in England? Some Evangelical congregations are experiencing strong growth. But these are precisely the parts of the Church of England least attached to its traditional Anglican identity as a state and national church.
If Anglicanism may look very different in the reign of Charles III, this will only reflect changes in the country as a whole. The Britain that the Queen inherited in 1952 was more deferential and far more religious. Divorce was frowned upon. Now Charles himself has been divorced and is married to a divorcee, with that marriage blessed in church. His son Harry married a divorcee in church.
Charles’s misguided craze for complementary medicine reflects not a loss of religious faith, but rather a loss of faith in science and rationality. His sons’ commendable concerns for mental health perhaps take the place of the piety that once occupied kings and princes of old – though you have to go back many centuries, perhaps to Henry VI (1421-1471), to find a truly pious king.
The recent birthday celebrations underlined the acceptance by the British people of Charles as their future king. He is liked and, as a deeply familiar figure, viewed with considerable affection. The monarchy will continue, but the price of survival is always adaptation and change. And the one thing that has changed in Britain beyond recognition in the long reign of Elizabeth II is its relationship with religion. In her Christmas broadcasts, she speaks directly about her faith. Charles’s are likely to be very different from his mother’s.
Fr Alexander Lucie-Smith is a moral theologian and a contributing editor of the Catholic Herald
Original Article