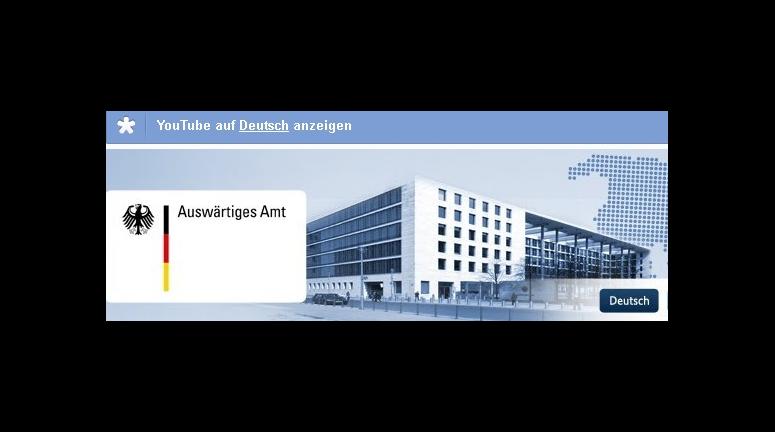 In the 21st century, people will be better connected than ever before. Diplomacy has to adapt to these technological developments. Germany could play a leading role in expanding its own and its European allies’ digital tools. An article by Cathryn Clüver.
Investing in technology can pay off, if done smartly. Better foreign policy delivery depends on a sound under- standing of an increasingly crowded environment of international actors.

Global population is projected to increase by almost one billion in the next twelve years. Many of these will be born in cities, a large proportion of them in the still (now more rapidly) developing world. These people will be more connected than any generation of people that came before them – far beyond the physical space, which they inhabit.

They will be connected in(to) numerous, perhaps disparate communities. Hence, Google Executives Eric Schmidt and Jared Cohen project, the real-time growth in population will be doubled or tripled by the growth of the virtual population.

These developments create challenges and opportunities for diplomacy in the 21st century. No longer can it remain “an ordered conduct of relations between one group of human beings and another group alien to themselves,” as 19th century diplomatic thinker Harold Nicholson described it around the time of World War I. Wikileaks and the Edward Snowden revelations proved that in this rapidly changing environment, linearity of communication – even secrecy as a currency of diplomacy – could be a thing of the past.

Disruption is increasingly the norm. Revolutionary movements in Iran and across the Arab Peninsula, or against human rights abuses through KONY 2012, were proof of the power of open networks as an organizing platform. Recent revelations of the Russian government paying hackers to spread anti-Western propaganda through the use of trolls, following the Ukraine crisis is another. And yet, as Hilary Clinton’s Special Advisor for Innovation, Alec Ross, has pointed out: “You (still) cannot tweet yourself to success in a multilateral treaty.”

The U.S. State Department has become the vanguard of digital diplomacy – using new technology to engage a growing, changing set of stakeholders across the globe – increasing its investment in technology (Internet Freedom agenda), training and proliferation of new systems by roughly 20% annually since 2011. European partners, including Germany, have yet to fully embrace the opportunities and prepare for the risks that come with burgeoning virtual populations.

What are the functions of digital diplomacy and how can it play a critical part in Germany’s efforts to create anticipatory, integrated and responsive foreign and development policy, in a world in which foreign policy actors are multiplying and challenges proliferating?

‘Digital’ as a tool of public diplomacy

Not unlike American efforts to “make foreign policy less foreign,” Germany’s Foreign Ministry has invested most of its potential resources into this space in the arena of public diplomacy – as have many of its European counterparts. The Germany Embassy in DC recently released its first Buzzfeed. Germany’s Embassy in Beijing microblogs and tweets official news, and distributes news and information about Germany in Chinese through local platforms WeChat and Weibo, geared primarily at a younger audience.

The Ministry and Embassies seems to have mastered is how to push out material. As of now, however, German diplomats are less effective at using these platforms to listen and learn from local audiences about developments “on the ground,” to build true networks and send this evaluation back to Berlin to become part of the policy planning process.

Digital diplomacy and Internet freedom as an access tool

Diplomacy as an act of relationship building requires listening. Following the September 11 attacks and more recently the events in Benghazi, Libya the State Department has embraced means of putting its staff in direct contact with local populations without endangering its personnel. Increasing investment in hardware and detailed aspects of ‘soft power’ can yield additional opportunities of digital engagement.

The “Internet in a Suitcase” initiative – the introduction of low-cost mobile mesh networks that can be dropped into conflict zones when a government has curtailed access, is a hardware example. Conversely, training local embassy staff to decode decoy vocabulary used on Weibo to circumvent the “Great Firewall” to engage with the Chinese netizenry and to actively counter foreign government propaganda is a soft power component of a digital access strategy.

Technology can bridge gaps in foreign and development policy implementation in a way that simple human engagement cannot. The use of mobile phones has transformed the agricultural sector in Sub-Saharan Africa, where there are 650 million mobile phone subscribers (compare Germany at 105 million). Even illiterate farmers are receiving information from on-demand call services from planting and weather information, to breeding guidelines (the now famous iCow app). If every one of those phones were a development worker, or an NGO employee the costs would be staggering.

Integrated foreign policy and conflict prevention necessitates the development of tools deployed to achieve foreign and development policy goals. Germany should think about how catalyse innovation among its high-tech companies and growing start-up businesses to build digital structures that deliver on the country’s values in external policy-making.

A commitment to digital, mobile and networked diplomacy requires leadership, significant changes in training of existing staff and new recruits, and greater openness to the possibility of external partnerships. The US State Department created a new contractual tool to undertake public-private partnerships. It allowed the State Department to bring hackers into the fold to develop strategies to monitor and counter Al-Qaida propaganda and develop mobile online solutions.

The creation of the internal Wiki, Diplopedia, has allowed State Department officials at every level to exchange best practice and have external foreign policy experts weigh in – providing more accountability and transparency. The State Department’s Chief Information Officer publishes regular updates on its digital diplomacy, cloud computing and IT leadership efforts. Adaptation to the 21st century diplomatic infrastructure requires a commitment to bureaucratic disruption.

Diplomacy in the 21st century will have to contend with greater demands for transparency, for a tolerance of competing opinions without losing relative secrecy as the containing environment for complex negotiations. Secrecy as diplomatic currency has become more valuable than ever – both for established and non-traditional foreign policy actors. Examples include the differing US and Iranian twitter accounts of the P5+1 break-up of the November 2013 Iran nuclear negotiations. Even non-state actors like Al Qaida are stepping up their online encryption tools and networks in an effort to increase the proliferation of its message, a recent technology study reveals.

Investing in technology can pay off, if done smartly. Better foreign policy delivery depends on a sound understanding of an increasingly crowded environment of international actors. Germany could play a leading role in expanding its own and its European allies’ digital tools by pulling in a new industry sector to help explain policy, counter new threat to economic viability (including climate change, pandemics and migratory movements), support democratization efforts, prevent radicalization and support its diplomats across the globe.