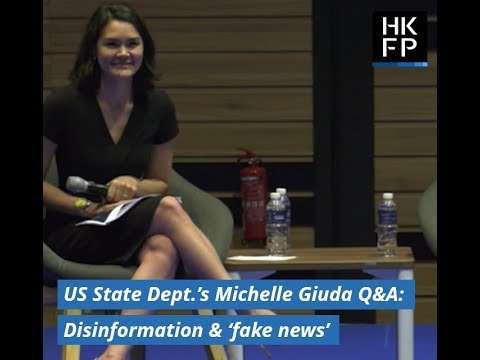 image (not from entry) from
Media Note
Office of the SpokespersonWashington, DCMarch 11, 2019 Assistant Secretary for Public Affairs and Senior Official for Public Diplomacy [JB emphasis] and Public Affairs Michelle S. Giuda travels to the United Kingdom March 11-12.In London, Assistant Secretary Giuda will deliver opening remarks at a meeting of the Communications Working Group of the Global Coalition to Defeat ISIS. The Working Group seeks to contest the information space in which ISIS operates. It also seeks to ensure that the contraction of the group’s territory is followed by its ideological defeat, while coordinating strategic communications among Coalition members to tackle future propaganda threats from other violent extremist organizations.Assistant Secretary Giuda will also discuss government communications strategies with UK government officials. In addition, she will meet with U.S. Embassy staff and the Department’s London Media Hub.Original Article