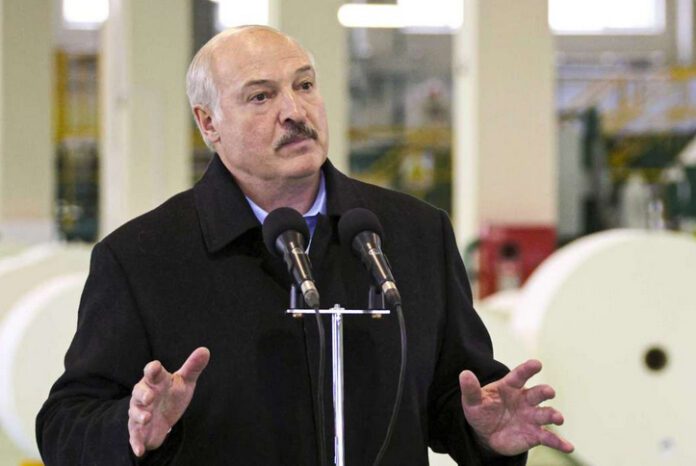 Belarus has forced the closure of the U.S. Embassy’s Public Diplomacy and USAID offices in a move that comes amid the tensions with the U.S. and its allies over Belarusian authorities’ crackdown on protests.

Samantha Power, the U.S. Agency for International Development administrator, said Friday that the Belarusian authorities aim to “severely disrupt U.S. development assistance and public diplomacy in Belarus by forcing the closure of facilities that house key U.S. Government operations, and by ending employment of all of USAID’s local staff and Department of State public diplomacy staff.”

She added that the move, which is effective Nov. 20, demonstrates the authorities’ “callous disregard of the interests of the Belarusian people.”

U.S. Envoy for Belarus Julie Fisher described the Belarusian authorities’ decision as a reflection of their “deep insecurities about the role of diplomacy, people-to-people ties and independent civil society.”

She added that the U.S. “will not be deterred from its commitment to helping advance democracy and human rights in Belarus and to supporting the aspirations of the Belarusian people to build a more promising future in a free and independent Belarus.”

The ambassador noted that the U.S. government’s development assistance implemented in Belarus by USAID since the 1990s has supported entrepreneurship and the expansion of small-to-medium private enterprises. More recently, it provided key COVID-19 relief while Belarusian authorities were dismissive of the pandemic.

“They will return to new Belarus,” Tsikhanouskaya said on Twitter. “I ask them to continue work for Belarusians — we see and value this consistent support.”

Belarus’ relations with the U.S. and the European Union have become increasingly tense following the country’s authoritarian President Alexander Lukashenko being handed a sixth term in the August 2020 vote that the opposition and the West have rejected as rigged. The election fueled massive protests, to which authorities responded with a fierce crackdown that saw more than 35,000 people arrested and thousands beaten by police.

Lukashenko’s government has moved methodically to squelch any remaining resistance, shutting NGOs and independent media and arresting activists and journalists.

Viktor Babariko, the former head of a Russia-owned bank who aspired to challenge Lukashenko in the 2020 vote, was sentenced to 14 years in prison in July on the money-laundering charges that he rejected as politically motivated.

On Friday, Babariko’s last remaining lawyer, Yauhen Pylchanka, was stripped of his license due to alleged legal violations during the trial. Pylchanka said the move was spearheaded by the country’s top state security agency, which still goes under its Soviet-era name KGB.

“The Belarusian KGB initiated my expulsion from the collegium of lawyers under a sham pretext of violation of professional ethics,” Pylchanka told The Associated Press in a telephone interview. “Babariko has been left without lawyers and without any communications with the outside world, deprived of the possibility to properly defend himself.”