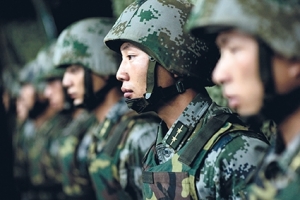 Western media outlets recently announced China has built military facilities on the Tajik side of the Tajik-Chinese border. The move is significant as it is first confirmation (built upon earlier unconfirmed reports) of the Chinese military/semi military presence in the Central Asia region.
The section where the Chinese facilities are located is strategically important as it overlooks one of the crucial entry points from China into Central Asia and is close to the vital corridor through which the country has a connection with Afghanistan's heartland. The corridor is particularly important to China due to its Belt and Road Initiative (BRI).
Put into a wider context, the opening of the new base might be problematic as Central Asia is perceived by the Russians as a sphere of their own influence. As I argued in previous pieces for GEORGIA TODAY, for Moscow, Central Asia nowadays is especially important as it is the only region where the Kremlin can still extend its existing influence through military and economic means. Quite naturally, Chinese military/security measures go against Russian pillars of power in this region.
It is fashionable among world analysts to argue that Russia and China would rather cooperate in Central Asia than fight each other. However, the point here is that this cooperation might be in force in the coming years and perhaps for decades, but in the end the Russians will have to be worried (if they are not already) as China grows economically, a process concomitant with simultaneous military expansion beyond its borders.
Many believe the Chinese do not plan military expansion across Eurasia and, as yet, no statements from Chinese officials have revealed a military agenda for the continent. There is also a purely logical point in the Chinese thinking that it would be more prudent to fulfill geopolitical aims through economic and public diplomacy [JB emphasis] measures.
However, the point many scholars miss is that China, being a rising power which relies on global trade routes for internal stability and further enhancement of its world role, will eventually have to be more active in military and security affairs beyond its borders, whether it wants to or not. The new semi-military base in Tajikistan is a good indicator of this evolving Chinese approach to world security.
In other words, the Chinese see the need to be present in those territories which are strategically important. As said, the base in Tajikistan is at the crossroads of Central Asia, China and Afghanistan.
To prove further the likelihood of China’s more active stance on the Eurasian arena is that the base in Tajikistan actually is not the first one built by China. Beijing already opened a surveillance/security/semi military base in Djibouti, which controls the commercial traffic in the Red Sea.
Many may compare China to Germany of the early 20th century, when a rising power wanted a larger role for itself in world affairs, but there are many problems with this attitude. True, China, like Germany a century ago, also aspires to build a larger navy and increase its economic potential abroad. However, rather than comparing China to Germany, which was defeated in both world wars, it would be in some sense expedient to compare modern China to its current geopolitical competitor, the United States, of the late 19th to early 20th century: China today is as cautious as the United States was a century ago. Beijing acts prudently on the world stage, as any open moves in security or military affairs could inspire a strong antagonistic coalition of powers in Eurasia.
Original Article