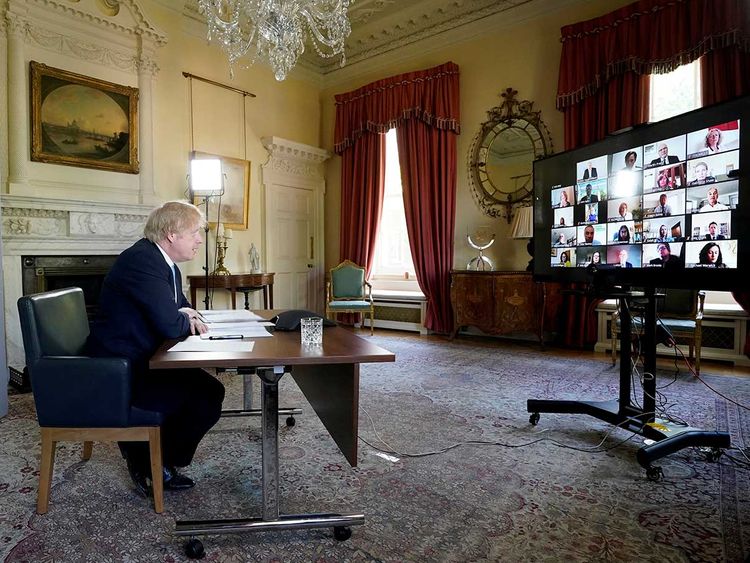 “My God, this is the end of diplomacy!” was the reaction of Lord Palmerston, the prime minister of England in the 1850s, when the first telegram was placed at his table. I wonder what his reaction would be today as we witness diplomats and foreign ministers from around the globe conducting multilateral meetings behind their screens using Zoom, communicating via email, and connecting with citizens through social media channels.

Countries with long histories of dispute have traditionally used a handshake as a symbol of unity. One of the more recent political milestones between countries occurred on April 27, 2018, when a handshake between North Korea’s Kim Jong-un and South Korea’s Moon Jae-in ended over 60 years of animosity and global fear pertaining to a potential nuclear conflict. Another example occurred when former US President Barack Obama shook hands with Cuba’s Raul Castro at Nelson Mandela’s memorial service in 2013. The gesture opened the door for full diplomatic exchange between the neighbouring countries following 50 years of dispute.

Is it possible that, soon, this symbolic handshake will be replaced by a “digital nod” or a “hand wave” through a cloud-based teleconferencing platform like Zoom?

The topic of digital diplomacy has been the focus of many International Relations scholars. Many books have been released and conferences have been held to discuss this novel form of diplomacy that has been evolving since the dawn of the internet. Yet, it took the force of a global pandemic for digital diplomacy to be utilised in its full form by diplomats from around the world.

Face to face meetings and interactions between diplomats cannot be replaced fully by digital platforms. Ideally, a hybrid approach between digital and traditional diplomacy should be adopted.

There are multiple factors to be taken into consideration as COVID-19 forces governments to adopt digital diplomacy as part of their foreign policy.

First comes the aspects of communication and information processing. In modern history, the invention of the internet has shaped communication as countries corresponded more and more through email. The growing use of social media has sped up information liquidity, and, as a result, diplomats have been able to connect with their citizens more efficiently during the pandemic. However, we cannot ignore some of the risk factors that accompany electronic communication, particularly disinformation. In the case of deliberately misleading information, digital diplomacy is left extremely vulnerable and targeted by malignant actors. This phenomenon will eventually erode the trust that citizens have in their government

Secondly, ministries of foreign affairs are required to equip their diplomats with new sets of skills, digital know-how and strategies to embrace digital diplomacy in a safe manner.

Lastly, we must look at the reduction of “digital divide,” in which substantial inequality exists between countries and regions based on their ability to access digital tools. The African continent has the lowest internet penetration rate in comparison to other regions. Africa has a penetration rate of 26.5 per cent as opposed to Europe, which has 70.5 per cent, and North America, 87.7 per cent.

There have been tremendous efforts from the United Arab Emirates to adopt digital diplomacy during the pandemic. Series of webinars about cultural exchange were hosted by the Ministry of Foreign Affairs and International Cooperation to bring diplomats closer and to encourage open dialogue during such critical times.

In November 2019, the UAE Cabinet announced the appointment of the Fourth Industrial Revolution Ambassador during the annual meeting of Global Future Councils in cooperation with the World Economic Forum in a continued effort to adopt to technological advancement in diplomacy and to act as a bridge for innovation.

As said by the Greek philosopher Heraclitus, “The only thing that is constant is change”. Countries must harness the new toolbox of digital diplomacy to build the set of skills necessary for the future and to provide secure digital platforms for future diplomats. However, I think face to face meetings and interactions between diplomats cannot be replaced fully by digital platforms. Ideally, a hybrid approach between digital and traditional diplomacy should be adopted.