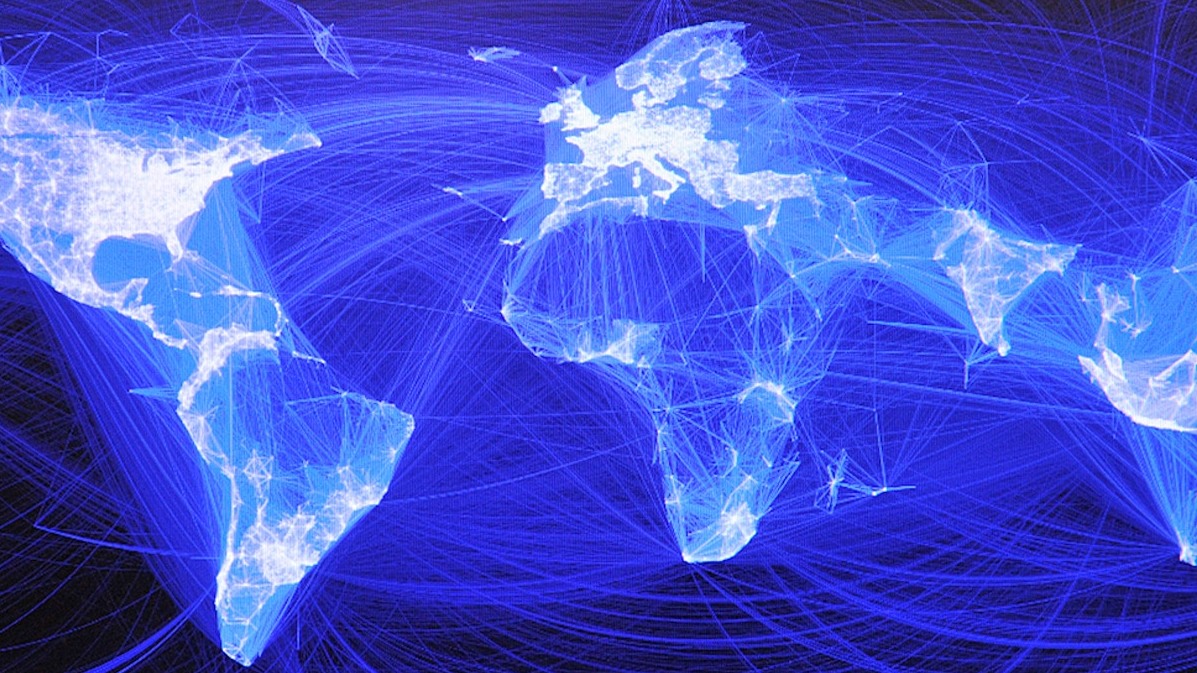 Diplomacy has been an indispensable part of global affairs, as it is what makes it about relations between global actors. One easier way to connect with the world is digitally in the age of technology. The digital revolution has impacted all aspects of life including International relations.

Digital diplomacy uses new methods and modes of conducting diplomacy with the help of the Internet and ICTs and refers to their impact on contemporary diplomatic practices. We are now in the age of post-industrial information society, offering new ranges of transnational production and distributive processes. Conflicts have also included the aspects of the cyber, drone, or robotic technologies, making ICT a key tool of modern warfare. Thus, digital diplomacy becomes more important than ever. Gone are days with conservative policymaking and tight governmental control in the epoch of digital diplomacy, which also has a footprint on the sovereignty of a country as well. Like for example, Kosovo in 2013 became the first country in the world recognized by Facebook. Thus, state and non-state actors have adopted new strategies and policies to manage these technologies’ driven challenges and capitalize on these transformations, making digital diplomacy more important than ever. The rise of ICTs has also led to many rudimentary changes in the conduct of diplomacy internationally.

India being an aspiring pragmatic state has been advancing to its dream of establishing itself as a major international power. Indian Prime Minister with great prominence on India’s richness of soft power has exalted the points of strength of the country’s power by anchoring on 3 aspects, which are cultural, economic, and political.

The ‘Selfie diplomacy’ has been yet another innate part of his international travels but the real barrier for political leaders and in diplomacy is to keep in existence a balance of both new age and traditional diplomacy. Prime Minister’s focus has been majorly on the promotion of Make in India, foreign direct investments (FDI), economics, and investment to connect with skilled innovators of India and the rich capital diaspora.

In the modern era, this entanglement of media in diplomacy has taken a stride further in the form of social media that has unfurled the barrier of traditional diplomacy for actors from all promenades of life. Diplomacy in India has hailed technological changes as various ministries and government officials have been in favour of social media to practice diplomacy. India has collaborated with private industry to ameliorate its outreach efforts. In 2007, India‘s Ministry of external affairs, and Confederation of Indian Industry, jointly launched the Overseas Indian Facilitation Centre where the state and non-state joint ventures sought to puddle the resources of both partners to enlarge Indian diaspora’s rendezvous with its homeland.

Another vital step by the Indian Prime Minister was going back to the roots of the Indian civilization and conceding of yoga as a gift to the world where he as well as the U.N proposed June 21st as ‘International Yoga Day’ to make India’s presence in the foreign affairs stronger than earlier. He also made efforts to strengthen religious diplomacy through Buddhism and Ramayana diplomacy to create a bond between countries like China and Southeast Asia.

Interestingly, public diplomacy (PD) in India dates back to Chanakya days where he promoted the quality of listening as one of the vital attributes of an ideal king. Even in the 21st century, listening to people on a daily basis is a very conspicuous key to public diplomacy. India in the year 2002, embarked on its most distinguishable advertising campaign known as “Incredible India” in order to aggrandize India’s profile as a tourism destination.

Ministry of External Affairs (MEA) online presence has played a critical role in many crisis events and was conducive during exodus efforts from Yemen, Libya, and during the earthquake in Nepal. With some of the rising powers including India who have been former colonies, social media is an enabling tool for reversing negative impressions and establishing positive credentials with the developed world.

The modern public diplomacy of India began shaping from the 1990s with India stretching its hands to its neighbours. The External Public Division of India was established within the Foreign Ministry in 1948 for delivering messages and communicating the vibrant culture and heritage of India to the world community by sustaining virtues of democracy and pluralistic society and democracy by unfurling the same to the rest of the world. In 2006, the MEA set up PDD significantly to address the barriers posed by swiftly changing the global environment due to climate change, terrorism, and global trade negotiations that begun influencing domestic politics. The practice of PD has indeed become crucial in promoting soft power where western countries including rising power and third world countries have been active in establishing soft power in their foreign policy.

Diplomacy in India is an epitome of a constructivist outlook of diplomacy, highlighting ideas, values, and most significantly soft power. India is a major and successful example of a rising power’s involvement in social media cultivating networking. The digital transformation in India at present shows that the country is heading into the future at an unprecedented rate by taking the digital gateway in order to connect with the world easily. The high ranking of India is a Comparatively passable budget for public diplomacy. After the U.S state department amongst foreign ministries, MEA’s official Facebook page stands second with more than 1.2 million followers. Gov 2.0 (e-government) Initiated by Governance Now magazine aims to recognize the pioneers in government organizations to promote social media tools for creating collective platforms for enhancing citizen service delivery.

India is aspiring and working hard to be a trendsetter, by engraving its path to being a global leader. For a country like India, social media permits optimistic communication about its coming of age via scientific progression, technological achievements, modern ideas taken forward through initiatives like digital India.

The challenges of digital diplomacy

There have been various barriers and dark side to digital diplomacy like using it strategically to counter propaganda and disinformation by non-state actors and governments has increased in the recent years for strategic interests that have resulted in grave insinuation for world order. The challenge faced by government officials and country leaders in pursuing digital diplomacy is the fact that their roles have changed in recent times. Before the digitalization, the main responsibilities of the above was to represent their governments while they were abroad and report information to their governments when they returned. But the advent of social media allows any person to be a consumer and a producer of information. The greatest problem is always the need to decipher right and wrong. Cyber-attacks have become a critical area for all technology-focused organizations in India. In the last two years, various Indian governmental websites were prone to hacking and leaking of information by Pakistan.

India should embrace digital diplomacy and expand its diplomatic network along with a number of international cultural missions of the Indian Council for Cultural Relations (ICCR) and organizing festivals abroad. Apart from that India would benefit much from more international forums to engage global audiences and communicate not only what India has to offer the world in terms of its wider cultural offer, but also express its aspirations, values, and clear foreknowledge for India’s optimistic role in the world. Indian government should experiment with new things in increasing the digital diplomatic foothold. The country in 2019 December under the Srikrishna Committee passed the Data Protection Bill headed by the former Supreme Court Justice B N Srikrishna, which is yet to see the light of the day. The bill can help prevent cyberattacks and surveillance will be kept on check. Fake news on social media can be checked, monitored, and prevented in time.

Strong data protection legislation is vital to enforce data sovereignty. Studies show that according to freedom of access of citizens to the Internet define India as ‘partly free’ with no change in score in the country with respect to the Freedom of the Net 2017. There exist administrative challenges of controlling democratic credibility with an assurance of unrestricted Internet information and access that is a hurdle in India just like other rising powers for the foreseeable future.

Though digital diplomacy cannot replace the traditional way of diplomacy, the former and the later can complement and go face to face with each other, which can make an overall impact in building a country’s image and its foreign policy. India’s absence from “The Soft Power 30” by Portland that highlights the ability to achieve objectives through persuasion and attraction is crucial to the effective conduct of foreign policy.

India is capable to reach out to the world and become a digital leader but it further needs to alter its digital diplomacy more strategically, to reach out to the world. Indian government must think outside the box on increasing its presence digitally around the world and increase its budget spending to offer state of the art digital services. The Indian government can put in more efforts to become a “Digital nation” and derive ideas from countries like United States, Canada, United Kingdom etc. that topped the “Soft power 30” chart in 2019 in the digital category. India surely can be a soft power ‘Superpower’ in the future with its rich culture and history but the country should have a clear perspective or a plan on how to increase its digital diplomacy.

This article was originally submitted for Globecraft Institute, Geneva School of  Diplomacy

Preethi Amaresh
Author is an Indian author of the book “Nihonomics” and a Ph.D. Scholar of International Relations at the Geneva School of Diplomacy, Switzerland. Her area of research and expertise is on “India’s soft power”.
http://diplomatist.com/2020/05/21/digital-diplomacy-connecting-india-with-the-world/
Please follow and like us: