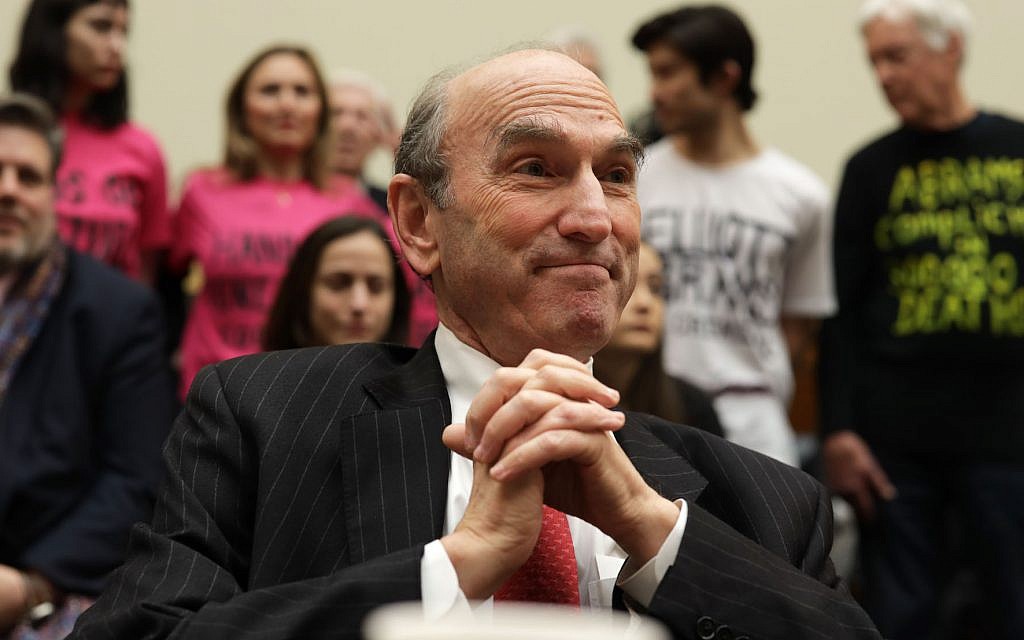 Abrams image (not from entry) fromExcerpt:

Some are interpreting the withdrawal of all US personnel from the ­embassy in Caracas as a sign that military intervention in Venezuela is now more likely. But while President Trump continues to insists that “all options are on the table,” Bloomberg’s Eli Lake argues “it’s ­evidence of the opposite.” The most likely reason for the diplomats’ removal is “fear they could be targeted” by loyalists of strongman Nicolás Maduro — which would “almost certainly” prompt a US response. Special envoy Elliott Abrams recently spoke of “a public diplomacy [JB emphasis] strategy aimed at making the Venezuelan military nervous by not ruling out military action.” But he added that there are “no such plans” for action “unless Maduro does something completely crazy.” Trump, Lake notes, “likes to brag about ending wars, not starting them.”