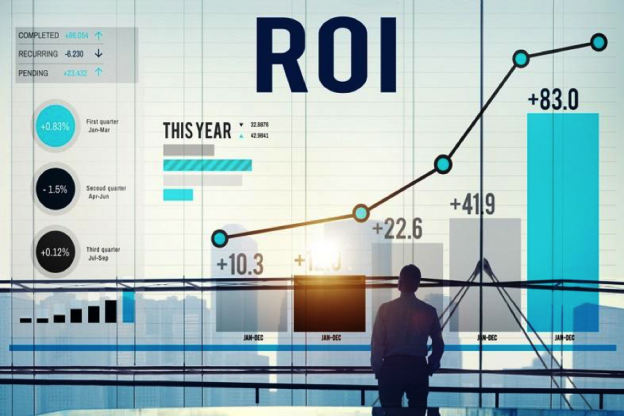 In recent years, digitalization has swept through diplomatic institutions altering diplomats’ working routines, norms, values and working procedures. In less than a decade, Ministries of Foreign Affairs (MFA) have migrated to social media, launched virtual embassies, written algorithms, created smartphone applications and conducted consular simulations. Some MFAs have been able to invest substantial resources in their digital evolution creating dedicated digital departments and appointing digital Ambassadors. Yet for smaller, and ‘poorer’ MFAs, digitalization serves as a major challenge. Indeed, in many MFAs, digital diplomacy departments are overstretched, undermanned and forced to rapidly adapt to changing circumstances. Shrinking government resources, alongside growing expectations, could suggest that additional MFAs will soon be struggling to keep up with digital changes ranging from the launching of new social media networks to the rise of 5G communications.

The question is how can MFAs with limited resources increase their return on investment in digital technologies? In other words, what strategies can small to medium MFAs employ in order to stay one step ahead of the digital curve?

The world is networked. Or so communications scholars would have us believe. Of course networks are not a new phenomenon in life, or in diplomacy. Yet while networks were once limited in size, information and communication technologies now enable networks to span the globe while the number of actors involved in a network is limitless. Notably, networks are the means through which people now make friends, meet colleagues, interact with peers and, most importantly, make sense of their world. Network analysis enables one to map networks, identify their participants and explore how information passes between members of the same networks and between different networks.

The digitalization of society has increased the relevance of network analysis for diplomats. Many MFAs assume that network analysis is a highly sophisticated activity that requires a level of digital savviness. But that’s not the case. Individuals can use free network software that enables them to map and track networks in real time. Investing in network analysis can help MFAs and diplomats in several ways. First, diplomats may analyze local and global networks to identify who is speaking about their nation and what they are saying. Diplomats can then use this information to interact with network members. For instance, the French embassy in London can map the local network of individuals who are discussing French politics or French-UK relations. Diplomats can analyze what is said in the network to underhand how local Brits view France. This information can then be used by French diplomats when interacting with network members thus fostering ties with local digital publics.

Conversely, the Polish embassy to France can map a network of news institutions to understand how Poland is discussed in the French news. The Polish embassy can then join this network and interact with its members to influence the depiction of Poland in the local news. Even more importantly, network analysis can help an MFA stem the flow of disinformation by mapping networks that spread conspiracy theories and lies, locally and globally. By investing in network analysis capabilities, which requires little resources, an MFA can achieve multiple diplomatic goals. Notably, one diplomat, with network analysis skills can service an entire MFA.

Big data has been a buzz word for some time. Over the past few year, big data has increasingly been used by ministries of health, ministries of transportation and even ministries of energy. Big data has become so important that The Economist magazine has called date the new oil. To date, however, only a few MFAs have invested in big data capabilities. Some use big data for intelligence purposes, other scan swarms of data to identify disinformation while still others rely on big data to understand how their nation is depicted by the digital influencres of another country.

Big data can be used by MFA towards numerous ends. For instance, MFAs can use big data analysis for tourism purposes. The Italian MFA, for instance, can analyze thousands of tourism blogs in Israel to better understand Israelis’ perceptions and beliefs about visiting Italy. This can then help the Italian embassy in Tel Aviv better market Italy as a desirable tourist destination. Big data can also be used to help manage the image of a country among critical publics. The Israeli MFA could analyze thousands of tweets published by Arab social media users to understand which Israeli policies are viewed as most contentious. Israeli diplomats could then address this criticism in their online communications thus bettering Israel’s image and enabling it to obtain foreign policy goals. Big data analysis can even be used to understand what issues are most frequently debated in diplomatic venues, offering MFAs insight into their ability to set the international agenda.

Notably, big data analysis does not require many resources. As the director of a digital diplomacy department recently told me, one big data analyst is enough to revolutionize an MFA’s working procedures.

Virtual reality will soon become a commonplace technology. In coming years, smartphones will be transformed into virtual reality glasses that transport users to new lands. MFAs that invest now in virtual reality capabilities, will be best positioned to reap the benefits of this new technology, while outperforming other MFAs. Virtual reality could be used by MFAs to transport audiences to battle zones thus demonstrating the need for diplomatic action or justifying a country’s actions in diplomatic venues. Conversely, virtual reality may enable an MFA to publicize national treasures, ranging for museums to national parks, thus increasing tourism. MFAs may also be able to use virtual reality to ‘show’ audiences the impact of their foreign aid projects. For instance, the UK FCO could transport foreign publics to East Asia, or Africa, and allow these publics to ‘view’ UK field hospitals, or newly built schools or newly dug water wells. MFAs looking to realize the potential of this new technology must foster ties with local tech companies that are creating virtual reality applications. Collaborative projects between MFAs and tech companies could reduce the costs of developing VR capabilities.

It is expected that by 2025 holo-imaging will be a normal feature in the workplace. Colleagues from France, New Zealand and Ethiopia will be able to meet in the same room, and hold face to face discussion, even though each person is physically located in a different continent. It is expected that holo-imaging will be so immersive that one will be unable to tell that he is speaking to a hologram. Notably, during the recent World Cup, some news stations used holo-imaging to interview soccer players in the studio, even though these players were actually located thousands of miles away. Viewers could not tell that a reporter was speaking to the hologram of a player.

For small MFAs, Holo-Imaging could prove an important tool. For instance, an Ambassador may give talks to students located in different cities all from the comfort of his office. Conversely, diplomats may attend meetings in important diplomatic venues without leaving their MFA. Holo-imaging could especially be useful for Diaspora engagement as an Israeli diplomat, stationed in Jerusalem, may interact with Jewish Diasporas in New York, or Sydney or even Addis Ababa.

As was the case with Virtual Reality, MFAs who begin to investigate Holo-Imagine now, will be best placed to leverage this technology once it disrupts the market. Here again, collaborations between diplomats and tech companies may create innovative technological solutions at a reduced cost.