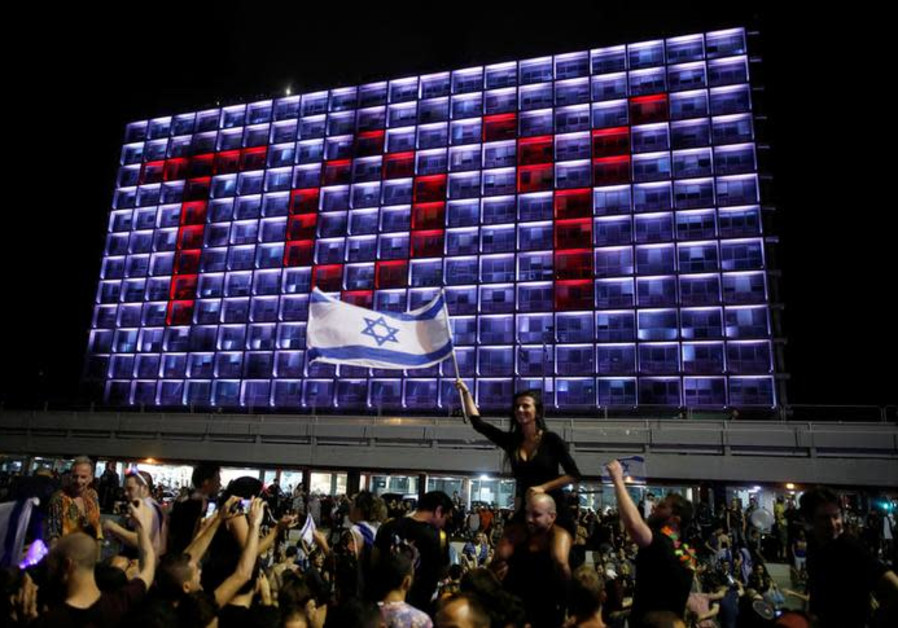 Stephen Farrell, Reuters, May 10, 2019; see also (1) (2)
JERUSALEM (Reuters) – Israel has launched a PR campaign to counter calls for a boycott of the upcoming Eurovision Song Contest final in Tel Aviv, using Google ads which refer to the boycott but lead to a glossy website extolling Israel. The international Boycott, Divestment, Sanctions (BDS) movement dismissed the tactic as “crude propaganda”.BDS has called on artists, music fans and broadcasters to avoid the 2019 contest, arguing that it amounts to “whitewashing” Israel’s policies towards Palestinians in the occupied West Bank and Gaza. Israel calls international boycotts discriminatory and anti-Semitic.Internet advertisements on Google featuring the words “boycott” and “Eurovision” encourage searchers to click on a link that, in fact, leads them to a pro-Israel website which – in a play on the BDS initials – extols Israel as “Beautiful, Diverse, Sensational”.The advertisement makes no obvious mention of the Israeli government. But Israel’s Ministry of Strategic Affairs and Public Diplomacy [JB emphasis] – which runs the government’s anti-BDS taskforce – confirmed to Reuters that it was behind the campaign “to promote the positive aspects” of Israel.The website boycotteurovision.net went live a fortnight before the Eurovision finals, which are to be staged in Tel Aviv from May 14 to 18.The row flared up as music fans begin to trickle in to Tel Aviv, and workers put the finishing touches to the music and public venues.“After its theft of Palestinian land and culture, Israel is now trying to appropriate a symbol of our nonviolent resistance,” said Alia Malak, of the Palestinian Campaign for the Academic and Cultural Boycott of Israel (PACBI), which oversees the BDS movement’s academic and cultural campaigns.

ILE PHOTO: People celebrate the winning of the Eurovision Song Contest 2018 by Israel's Netta Barzilai with her song "Toy" , at Rabin square in Tel Aviv, Israel, May 13, 2018. REUTERS/Corinna Kern/File Photo
“This desperate and crude propaganda is straight out of apartheid South Africa’s playbook,” she said.Israel’s Minister of Strategic Affairs, Gilad Erdan, said the advertisement, which features high quality photographs and videos, was intended to “show Israel as it really is, a diverse, beautiful and sensational place, while at the same time, successfully dispelling the lies BDS spreads.”The Eurovision finals – broadcast to around 50 countries – attracted 189 million viewers last year. The event is organized by the European Broadcasting Union (EBU) together with the host broadcaster. Asked about the Google ads, a spokeswoman for Kan, Israel’s public broadcaster which is producing Eurovision, declined to comment.Security was tight during preparations amid fears that activists may seek to disrupt the competition.Fears were heightened last weekend by a surge of deadly violence between Palestinian militants and Israel, which saw hundreds of rockets fired from Gaza into Israeli towns south of Tel Aviv, and Israel launching air strikes on militant sites. WAR OF WORDSBDS activists describe their campaign as a non-violent Palestinian-led international movement, inspired by South African anti-apartheid activism.The movement calls for pressure on Israel to end the occupation of Palestinian territories, grant equal rights to Israel’s Arab minority and to recognize the right of return of Palestinian refugees.Last year New Zealand pop singer Lorde canceled a planned trip to Israel, and Argentina’s football team, with its star player Lionel Messi, called off a friendly match against Israel.But no singers have pulled out of Eurovision, and other artists have defied boycott calls: Madonna will be a guest performer at the competition.
Slideshow (5 Images)
The Israeli government says some BDS activists call for Israel itself to be dismantled. Earlier this year it accused some BDS activists of having ties to militant groups, and last week released a report saying that BDS activists had used 232 fake Twitter accounts to drum up opposition to Eurovision.BDS dismissed the allegations as “propaganda lies.” A spokesman for Twitter said it had “suspended a small group of accounts for violating [its] regular spam rules.”About the new online ads, Israeli officials said the aim was to “target those who are interested in learning about boycotting Israel.”However, Malak said the boycott campaign “has spread in the European mainstream beyond our most optimistic expectations” and that Israel’s right-wing government was experiencing “growing international isolation.”Israel, like Australia, is one of the non-European nations to take part in Eurovision. It is hosting because Israeli singer Netta Barzilai won in 2018.Original Article
Please follow and like us: