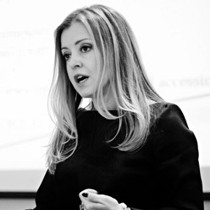 Dr. Jasna Jelisić is Head of Western Balkans Task Force in the Strategic communication division of the European External Action Service (EEAS) in Brussels. Since 2006 she worked as political advisor to the Special Representative of the European Union in Bosnia and Herzegovina. Her professional posts entail a deep knowledge of the region within its geopolitical setting and the EU, and a wide range of responsibilities and challenges, dealing with numerous complex issues related to the implementation of EU enlargement policy and the Stabilisation and Association Process. During 2015/16, Dr. Jelisić contributed to the development of the EU’s Global Strategy, arguing for the positioning of public diplomacy as one of the key pillars of EU external action.

In 2012 Dr. Jelisić published ‘Public Diplomacy: Towards a European Voice in Global Dialogue’ which has been widely used as a recommended textbook for students of diplomacy and international affairs and as a ‘manual’ for professional diplomats, particularly in the Western Balkans. She is known in diplomatic circles for her insistence on innovative strategies to handle delicate situations, and a fresh approach in pursuit of resourceful diplomacy.

Before involving herself in diplomacy, Dr. Jelisić was a prominent, award-winning journalist. She has also worked as a consultant and researcher for the European Commission, The World Bank, Freedom House and Princeton University.