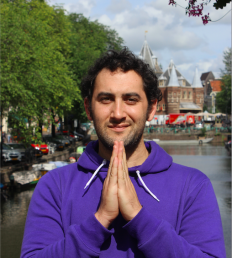 Paul Rockower, jewishaz.com
[JB personal note: For anyone interested in PD beyond academic theorizing (note that Mr. Rockower has an MA in Public Diplomacy [JB emphasis] from USC), I strongly recommend Paul’s witty and exquisitely written blog, Levantine, so subtle and undulant with his thoughts on so many PD-related varied topics (including on gastrodiplomacy, his term) that they remind me of Montaigne’s classic essays.]

Rockower image (not from his article)