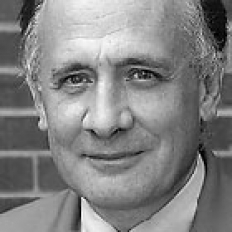 A Princeton PhD, was a U.S. diplomat for over 20 years, mostly in Central/Eastern Europe, and was promoted to the Senior Foreign Service in 1997. After leaving the State Department to express opposition to the planned invasion of Iraq, he was privileged to have give-and-take conversations (officially called “courses”) with Georgetown University students pertaining to the tension between propaganda and public diplomacy. For many years he shared ideas on the theme “E Pluribus Unum? What Keeps the United States United” with Eurasian/European delegates participating in the “Open World” program. Brown’s articles have appeared in numerous publications. A recent piece is “Janus-Faced Public Diplomacy: Creel and Lippmann During the Great War,” now online. He is the author (with S. Grant) of The Russian Empire and the USSR: A Guide to Manuscripts and Archival Materials in the United States (also online). In the past century, he served as an editor/translator of a joint U.S.-Soviet publication of archival materials, The United States and Russia: The Beginning of Relations,1765-1815.

The son of Dr John Lackey Brown (born 1914, died 22 November 2002),[1] a poet and cultural attaché who served in Belgium, Mexico and Paris,[2] [3][4] Brown is currently a Research Associate at the Institute for the Study of Diplomacy at Georgetown University, where he has taught courses about public diplomacy.

A consultant for the Library of Congress’s “Open World” exchange program with the Russian Federation, he has written for the Washington Post, The Nation (on-line), TomPaine.com, Moscow Times, and American Diplomacy; occasionally lectured at the ELE public forum in Moscow.[5]

Brown, who received a Ph.D. in Russian History from Princeton University in 1977, was a member of the U.S. Foreign Service from 1981 until March 10, 2003, where he resigned over the war in Iraq.[6] He served in London, Prague, Kraków, Kiev, Belgrade and Moscow. He is co-author (with S. Grant) of The Russian Empire and the Soviet Union: A Guide to Archival and Manuscript Materials in the United States. His other published writings include research on Russian history as well as articles in the Polish and Serbian press.