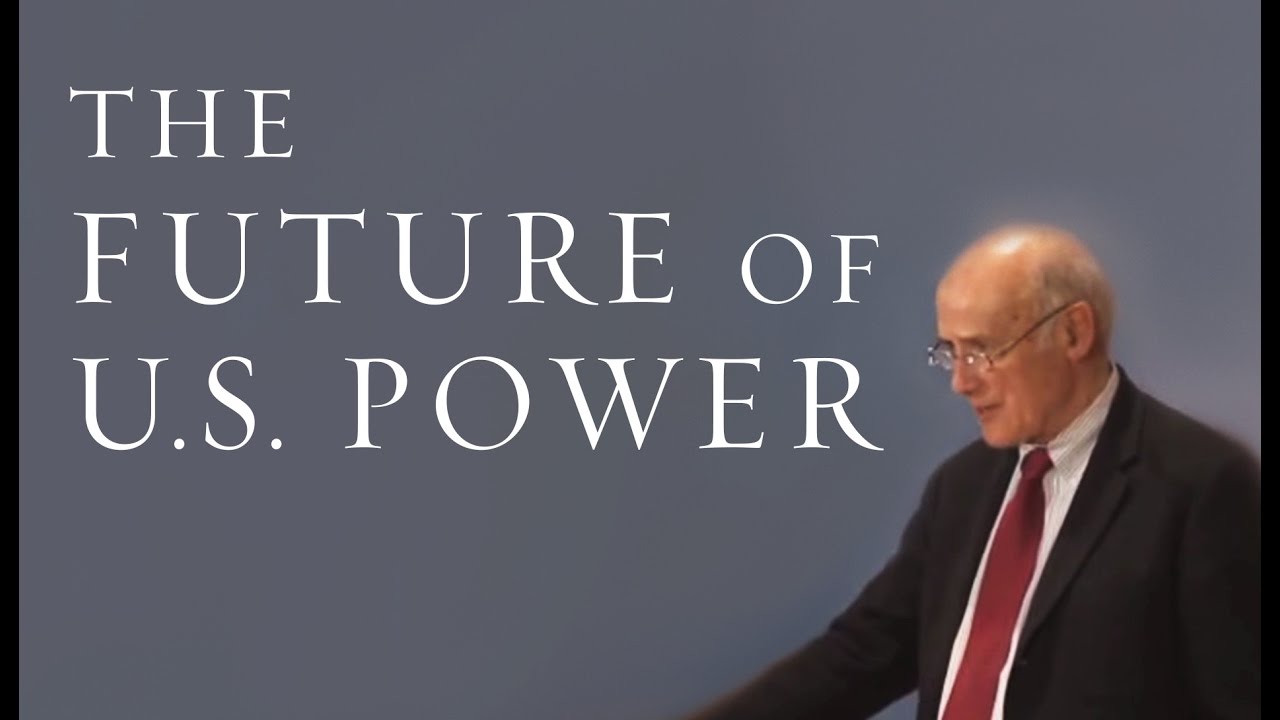 Joseph Samuel Nye Jr. (born January 19, 1937) is an American political scientist. He is the co-founder, along with Robert Keohane, of the international relations theory of neoliberalism, developed in their 1977 book Power and Interdependence. Together with Keohane, he developed the concepts of asymmetrical and complex interdependence. They also explored transnational relations and world politics in an edited volume in the 1970s. More recently, he explained the distinction between hard power and soft power, and pioneered the theory of soft power. His notion of “smart power” (“the ability to combine hard and soft power into a successful strategy”) became popular with the use of this phrase by members of the Clinton Administration, and more recently the Obama Administration.[1] He is the former Dean of the John F. Kennedy School of Government at Harvard University where he currently holds the position of University Distinguished Service Professor.[2] In October 2014, Secretary of State John Kerry appointed Nye to the Foreign Affairs Policy Board.[3] He is also a member of the Defense Policy Board.[4]

He has been a member of the faculty since 1964. He is a fellow of the American Academy of Arts & Sciences and a foreign fellow of The British Academy. Nye is also a member of the American Academy of Diplomacy.[5] The 2011 TRIP survey of over 1700 international relations scholars ranks Joe Nye as the sixth most influential scholar in the field of international relations in the past twenty years.[6] He was also ranked as most influential in American foreign policy. In 2011, Foreign Policy magazine named him to its list of top global thinkers.[7] The magazine’s valued reporter Daniel Drezner wrote: “All roads to understanding American foreign policy run through Joe Nye.”[8] In September 2014, Foreign Policy reported that the international relations scholars and policymakers both ranked Nye as one of the most influential scholars.[9]

From 1977 to 1979, Nye was Deputy to the Undersecretary of State for Security Assistance, Science, and Technology and chaired the National Security Council Group on Nonproliferation of Nuclear Weapons. In recognition of his service, he was awarded the State Department’s Distinguished Honor Award in 1979. In 1993 and 1994, he was Chairman of the National Intelligence Council, which coordinates intelligence estimates for the President, and was awarded the Intelligence Community’s Distinguished Service Medal. In the Clinton Administration from 1994 to 1995, Nye served as Assistant Secretary of Defense for International Security Affairs, and was awarded the Department’s Distinguished Service Medal with Oak Leaf Cluster. Nye was considered by many to be the preferred choice for National Security Advisor in the 2004 presidential campaign of John Kerry.

He is the chairman of the North American branch of the Trilateral Commission[12] and the co-chair of the Aspen Strategy Group. He has also served as a trustee of Radcliffe College and Wells College. He was on the Board of Directors of the Council on Foreign Relations, the Guiding Coalition of the Project on National Security Reform, the Advisory Board of Carolina for Kibera, and the Board of the Center for Strategic and International Studies. He has been awarded the Woodrow Wilson Prize by Princeton University and the Charles E. Merriman Prize by the American Political Science Association. In 2005, he was awarded the Honorary Patronage of the University Philosophical Society of Trinity College Dublin and has been awarded honorary degrees by ten colleges and universities. In 2010, Nye won Foreign Policy Distinguished Scholar Award by the International Studies Association. In 2009, he was made a Theodore Roosevelt Fellow of the American Academy of Political and Social Science.[13]

In October 2014, Secretary of State John Kerry appointed Nye to the Foreign Affairs Policy Board. The group meets periodically to discuss strategic questions and to provide the Secretary and other senior Department officials with independent informed perspectives and ideas.[14] In November 2014, Nye was awarded the Order of the Rising Sun, Gold and Silver Star in recognition of his “contribution to the development of studies on Japan-U.S. security and to the promotion of the mutual understanding between Japan and the United States.”[15]

Nye serves as a Commissioner for the Global Commission on Internet Governance.[16]

Nye has published many works in recent years, the most recent being “Is the American Century Over?” in which he explains why the American century is far from over and what the United States must do to retain its lead in an era of increasingly diffuse power politics.[17] His earlier works include: Presidential Leadership and the Creation of the American Era (2013), The Future of Power (2011, ISBN 978-1-58648-891-8), Understanding International Conflicts (1st ed. 1993; 7th ed. 2009), The Powers to Lead (2008), The Power Game: A Washington Novel (2004), Soft Power: The Means to Success in World Politics (2004), and The Paradox of American Power (2002).

Nye coined the term soft power in the late 1980s and it first came into widespread usage following a piece he wrote in Foreign Policy in 1990. Nye has consistently written for Project Syndicate since 2002.[18]

Nye and his wife, Molly Harding Nye, have three adult sons.[19] His hobbies are fly-fishing, cross-country skiing, and gardening.