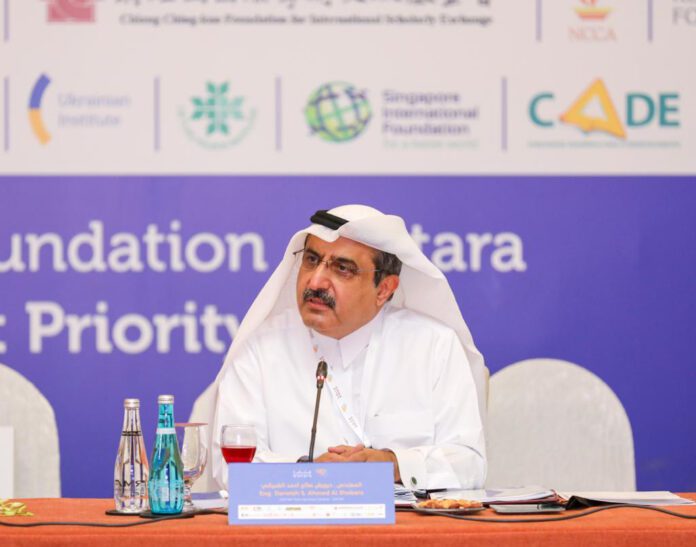 The Global Public Diplomacy Network led by Katara Cultural Village launched the promotional campaign from Cuba yesterday for the Qatari Public Diplomacy in Latin America, which is scheduled to run until July 29.

In addition, a host of diplomats, artists, athletes and professional media specialists are participating in this campaign to further recount the Qatari renaissance with its multifaceted and various aspects through new methodology that essentially targets a wide spectrum of audiences in Latin American states.

The campaign is led by the Secretary-General of the Global Public Diplomatic Network, Eng. Darwish Ahmed Al Shaibani with the participation of H E Jamal Nasser Al Bader Ambassador of the State of Qatar to Cuba, Ambassador of the Republic of Cuba to the State of Qatar H E Oscar Leon Gonzalez, HE Juan Antonio Fernandez the network Representative in the Cuban capital Havana, H E Emilio Caballero Rodriguez Former Cuban ambassador to Qatar, H E Dr. Jose Ramon Cabanas, the Director of CIPI, in addition to a broad range of professionals operating in the field of diplomacy and Media, sports and arts starts in Cuba.

In addition, major Cuban press institutions, media and television channels are participating in this event that will broadcast programs pertaining to the comprehensive renaissance witnessed by the State of Qatar and the accomplishments it has achieved in multiple fields, the historical and distinguished bilateral ties linking Doha and Havana, in addition to broadcasting specialized films that demonstrate the initiatives launched by the Global Public Diplomacy Network, including its major role in strengthening ties between the member states in the network, establishing bridges of communications between the peoples and communities in the world, in addition to its role in harnessing Qatar’s status as attractive tourism, cultural and sports destination.

In his remarks, Eng. Darwish Ahmed Al Shaibani asserted that the public international diplomacy in Qatar has unequivocally enhanced its high profile and proved its effective presence in the world through achieving a myriad of civilized and premium accomplishments in multiple fields, including economy, Media, sports, culture and education which were essentially the most important accomplishments during the march of Qatari development and renaissance.

The Secretary-General of the Global Public Diplomatic Network elucidated that the promotional campaign intends to enhance the values of culture, history and heritage more positively in Media programs of Latin America in accordance with a double exchange of relationship to further allow those peoples to get familiarised with the cultures.