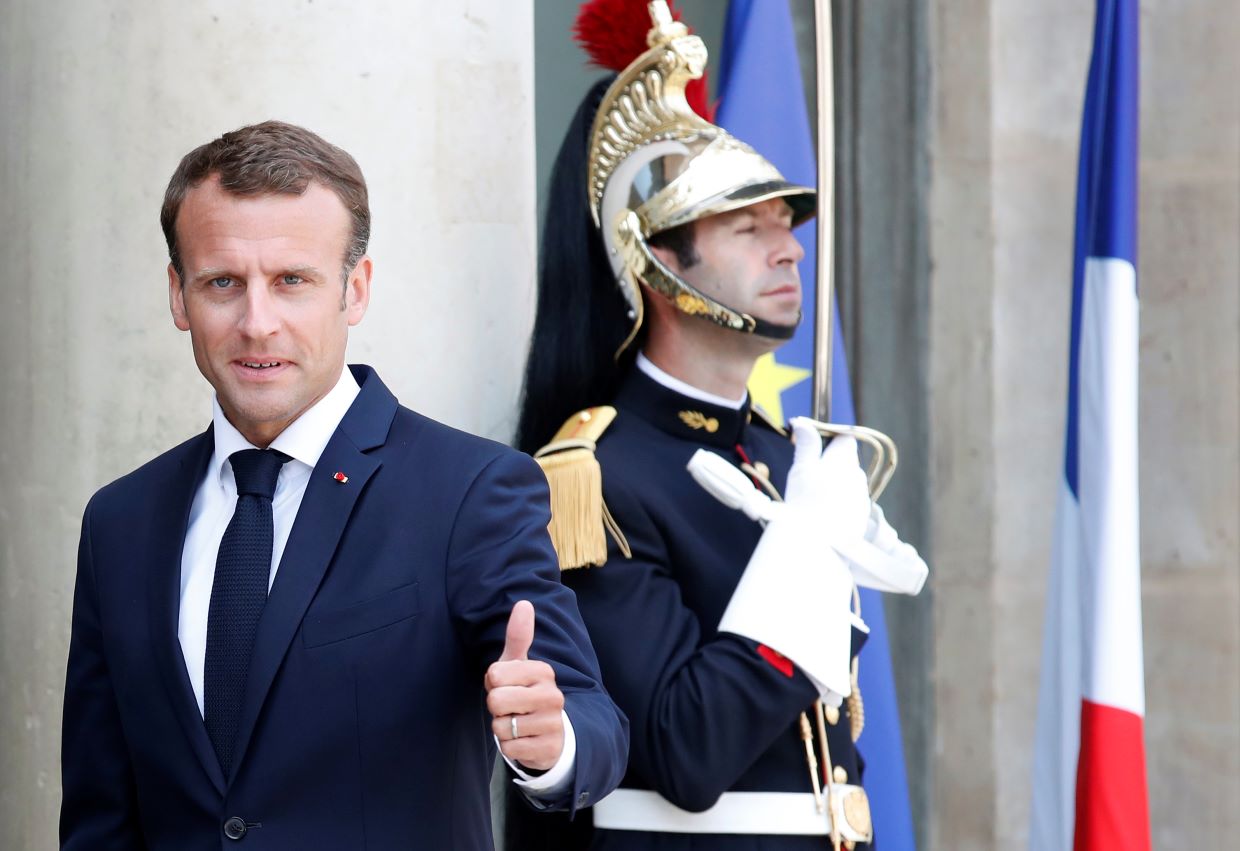 In his speech to the US Congress, the French president mentions online propaganda and fake news, digital rights, data and privacy protection, AI, and even Facebook and the GDPR.

French president Emmanuel Macron, one of the few world leaders with a presence here on Medium and a social media star in his own right, used his address to a joint session of the US Congress to speak about the impact of technology and the digital age in our lives and the future of the world.

Macron was in Washington DC at the invitation of US president Donald Trump for the first official state visit and state dinner of the Trump administration.

“I believe in democracy,” Macron told Congress. “Many of our forebears were slain for the cause of freedom and human rights. With the great inheritance they gave us comes the responsibility to continue their mission in this new century and to preserve the perennial values handed to us and assure that today’s unprecedented innovations in science and technology remain in the service of liberty and in the preservation of our planet for the next generations.”

He continued addressing concerns around the phenomenon of fake news: “To protect our democracies, we have to fight against the ever-growing virus of fake news, which exposes our people to irrational fear and imaginary risks.”

And let me attribute the fair copyright for this expression ‘fake news’, especially here.”

“Without reason, without truth, there is no real democracy — because democracy is about true choices and rational decisions,” he said. “The corruption of information is an attempt to corrode the very spirit of our democracies.”

Part of the speech was dedicated to combating terrorism online, a topic that was included in the G7 agenda last year and that Macron, with Italian prime minister Paolo Gentiloni and British prime minister Theresa May, discussed at the United Nations during a high-level meeting that the three leaders co-chaired on the sidelines of the UN General Assembly last September.

A week earlier, during Macron’s joint press conference with CanadianPM Justin Trudeau — Canada holds the 2018 chairmanship of the G7 — the French president mentioned how the G7 needs to be part of some of the large debates surrounding technology, “in particular net neutrality and Internet governance, and the issues associated to artificial intelligence.” He also mentioned the importance to safeguard “cultural diversity and information transparency online.”

During the G7 foreign and security ministers meeting in Toronto — chaired by Canada — earlier in April this year, the G7 ministers engaged in a constructive discussion with the Global Internet Forum to Counter Terrorism (GIFCT). The ministers and GIFCT discussed how they will work together to address terrorist use of the Internet.

“We also reaffirm our commitment to prevent the use of the Internet for terrorist and violent extremist purposes,” a G7 joint statement reads. “We express our determination to continue to work in support of security ministers to encourage technology companies to implement measures necessary to prevent and counter radicalization to violence, terrorist recruitment and operational planning using the Internet and to counter violent extremist and terrorist narratives while fostering positive alternative narratives. To increase their effectiveness, these efforts must be coordinated with other counterterrorism and countering-violent-extremism interventions.”

In his speech to Congress on Wednesday, Macron spoke about the rights of citizens and how technology and innovation have a role in our lives, even when it comes to the “pursue happiness.”

“I believe in concrete action,” he said. “I believe the solutions are in our hands. I believe in the liberation of the individual, and in the freedom and responsibility of everyone to build their own lives and pursue happiness.”

He continued: “I believe in the power of intelligently-regulated market economies. We are experiencing the positive impact of our current economic globalization, with innovation, with job creation. We see, however, the abuses of globalized capitalism, and digital disruptions, which jeopardize the stability of our economies and democracies.”

I believe we can address our citizens’ concerns regarding privacy and personal data.

“The recent Facebook hearings highlighted the necessity to preserve our citizens’ digital rights, all over the world, and protect their confidence in today’s digital tools of life,” he told Congress.

He also mentioned the new European regulations, known as the General Data Protection Regulation, or GDPR, to enter into effect at the end of May.

“The European Union passed a new regulation for data protection,” Macron said. “I believe the United States and the European Union should cooperate to find the right balance between innovation and ethics, and harness the best of today’s revolutions in digital data and artificial intelligence.”