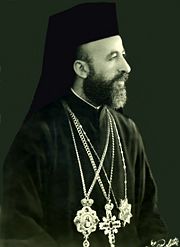 Makarios image (not from entry) from
ABSTRACT
The article explores the cultural diplomacy initiatives undertaken by the Republic of Cyprus (RoC) during Makarios presidency (1960–1977) in order to strengthen the state acknowledgement and visibility in the international scenery and promote a nation brand focused mainly on the Hellenocentric aspect of the Greek-Cypriots’ cultural identity. Cyprus, a recently independent state (1960), shaped its cultural diplomacy practices according to the political developments; on the escalation of bi-communal conflicts internally and the international insecurity provoked by the Cold War rhetoric. This paper aims to map certain state cultural initiatives in an attempt to make connections between the internal identity-building process and the external projection of cultural identity and gain a better understanding about how a small-sized state can pursue and project a nation brand abroad by practicing the diplomacy of culture.
KEYWORDS: Cyprus, cultural diplomacy, public diplomacy [JB emphasis], soft power, nation brand, hellenocentric identity […]
Additional information [https://www.tandfonline.com/doi/full/10.1080/10286632.2019.1578759?scroll=top&needAccess=true]
Author information
Georgia Spanou
Georgia Spanou is graduated in 2016 from Open University of Cyprus (Hellenic Culture Department), where she obtained her PhD with the thesis, Cypriot Arts Festivals: Cultural Policy & Management in Republic of Cyprus from the 1960–2004. She also holds a Master Degree from Goldsmiths College (University of London) in Theatre Education. She currently works as museum educator and cultural consultant in museums and galleries in Cyprus.
Funding
This study was NOT funded by any funding agency.
Original Article