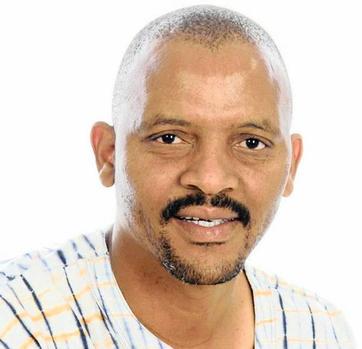 The evolving world with its ever changing dynamics will reshape the meaning of life and its true essence when most of the things that we have come to accept as fact face serious re-imagining.
One such a facet of human existence that will succumb to the dictated of these fast and relentless world changes as brought about by the 4th Industrial Revolution is the age old practise of diplomacy. Like all other endeavours in life, diplomacy cannot escape the grip of this on-coming technological era. Countries will soon have to re-calibrate or face being dragged kicking and screaming into the new horizon of technology-driven diplomacy.
Herewith are a few trends that will punctuate diplomacy in the not so distance future.

The world is experiencing a seismic shift in many areas of human existence and one such great driver of change is the fast and innovating ICT sector that is revolutionarising the human experience. Diplomacy is faced with the serious challenge to adopt and embrace these changes that will redefine its existence. Linked with the growth and development of science and technology is the emergence of social media that has a far reaching impact in the manner in which the world operates. Communication via social media has overtaken print and written communication mediums and will soon render them obsolete. Its immediacy and far reach is a marvel to behold.
For example, there are about 52 million South Africans who own mobile phones and there are 27 million South Africans who are on Whatsapp. There are also 19 million South Africans on Facebook, 9 million on Twitter and 6 million on Linkedin. The presence of the Square Kilometre Array if properly harnessed will bring dividends for greater technological innovation that will revolutionarise areas and fields of study such as medicine, science, and robotics.

These changes lend themselves to the reconfiguration of new ways and methods of expression and accentuating diplomacy. The 4th Industrial Revolution will put greater strain on countries to keep up with the fast paced innovation in science that will dictate a new way of existence and interaction. The nexus between technological innovation and diplomacy will need to be re-negotiated and harnessed. Government must find ways and new means to interact with technological hubs such as Silicon Valley or the Bay Area for example.
The idea of establishing a Technology Diplomat to be stationed in these areas is not that far off given the amount of economic activity in the Silicon Valley whose net value surpasses many governments. The Silicon Valley accredited its first Tech Ambassador from Denmark in 2017. Denmark has identified digitisation and technological development as part of its foreign affairs strategic thrust. France has appointed an Ambassador for Cyber-diplomacy.

To take full advantage of the opportunities presented by the 4th Industrial Revolution it is befitting to consider establishing a Science Diplomat whose main focus will be to fully exploit the opportunities that modern science provide to different countries. This diplomat will complement the activities of the Department of Basic and Higher Education and those of the Department of Science, Technology and Health. The New Energy and Industrial Technology Development Organisation (NEDO) is located in the Silicon Valley where many governments interact and use its services in the realm of technology. NEDO is the initiative of the government of Japan. Technology and human rights can coexist in a sustainable and cordial manner with one agenda to create a new world.

Public Diplomacy [JB emphasis] must become an aggressive tool that will promote the art of diplomacy in the public space in a continuous and sustained manner. Public education about diplomacy is seriously lacking as evidenced by the many South Africans who get arrested in foreign countries owing to ignorance about the basic laws of most of those countries. The many cases of teachers who have been arrested in China using study visas instead of work permits show this challenge.
Information sessions must be held at schools, colleges and universities to create greater awareness of the craft of diplomacy. In fact, a number of university campuses must be targeted where satellite offices of public diplomacy will be situated. The number of foreign students that are found in most South African universities attests to the need to service these students with an assortment of consular services that could be offered in partnership with their respective embassies.

This is one area that has hitherto been neglected in South African diplomacy. South Africa exports a number of commodities and art is one such critical component that we are offering. In various artistic fields such as art, fine art, drama, music, poetry, literature and fashion, South Africa has made its mark in the world with excellence in these various fields. Our earlier exports included Miriam Makeba, Letta Mbulu, Hugh Masekela Caiphus Semenya, Don Materra and Bessie Head to name a few.
Dirco will ensure that this aspect of diplomacy is elevated to its rightful place. It would not even harm us to have a leading artist appointed as the champion of Cultural Diplomacy in South Africa. The recent awards that Lady Smith Black Mambazo earned were followed by the recent Grammy Award of the movie Black Panther that was shot in Southern Africa. This movie featured many leading South African artists such as John Kani.
Many countries use their art and culture to advance their international relations. America uses her movies that are spread all over the world to set a tone for the spread of its ideas and domination. India is fast catching up with its Bollywood movies, while Africa as a continent is yet to catch up and improve on the quality of its offering.

* Thami Ka Plaatjie is a Member of the International Policy Review Panel
** The views expressed here are not necessarily those of Independent Media.
Original Article