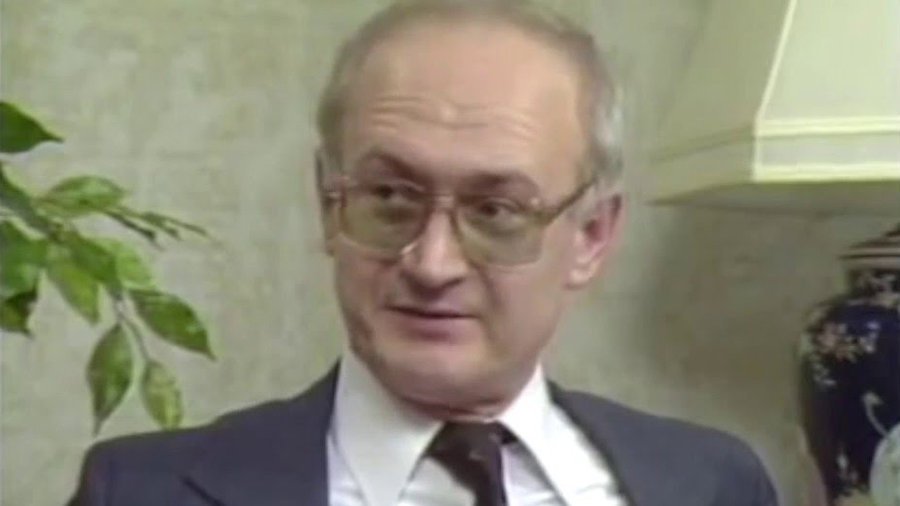 Words of Thomas Jefferson, principal author of the Declaration of Independence and third President of the United States.

In China, a Public Diplomacy officer is at dinner with officials.  The host remarks, “we’re always amazed how sex can gum up American politics.”  His tablemates chuckle.  “And tax returns!”  They chuckle some more.

A Foreign Service officer attending a festival in Nigeria sits next to a member of the National Assembly.  The parliamentarian asks, “what’s going on in Washington?  I remember hearing about an ‘Obama derangement syndrome’ during the last administration.  And now there’s a ‘Trump derangement syndrome’?”

In Mexico, an officer from one of the American consulates attends a friendship dinner.  The local mayor asks privately, “I’m getting confused.  You’re an American I count as a friend.  Tell me what you personally think.”

I served overseas through six administrations, and I heard many tough questions about Iran-Contra (during the Reagan administration) and impeachment (during President Clinton’s second term), to name just a few crises.

My experiences persuade me that in times of partisan dispute in Washington, it’s important for the Foreign Service to stand on some foundational principles.  To professionally serve any administration, Republican or Democratic, but to be non-political.  To keep to its lanes of foreign policy issues, and not stray into domestic political controversies.  To reiterate that American foreign policy is 80 percent American, and only 20 percent Republican or Democratic.  To trust in the institutions of democracy.  To honor debate.

This old hand, then, believes it’s important — in any of the situations I described above — for Foreign Service Officers NOT to express personal judgments, even privately.  Too forceful a defense of the Administration on domestic controversies may make an FSO look foolish a few months down the road.  Rolling of the eyes at any mention of Fox News or MSNBC (take your pick) only signals that the officer has become one of the partisans.

I offer, then, these tips for the Foreign Service.  With some tweaks, the same principles apply to federal employees anywhere.  They may also provide a useful window onto America’s official Public Diplomacy for those in universities, policy institutes and think tanks, and other institutions that make up Public Diplomacy writ large.

Take it all in.  I recently read two columns on the same Congressional hearing in two magazines, one liberal and one conservative.  Both made telling points, but both omitted quotes that might not have fit their story templates.  I had a fuller picture from reading both.  My takeaway is that in times of partisanship, Foreign Service Officers must adopt a special discipline.  They MUST review the full transcripts of important hearings so that they have complete and first hand, not summarized and filtered, knowledge.  They MUST watch Fox as well as MSNBC.  They MUST read The New Republic as well as National Review.  They cannot respond to questions from foreign contacts without a full view of how events are unfolding.

Audit your own partisanship.  Do you weigh improprieties differently among candidates and parties?  Finding more or less fault in similar cases?

Practice nonpartisanship with careful referents.  I wince whenever I hear a Foreign Service Officer say that “Trump” or “Obama” or “Bush” or “Hillary” did this or that.  It should always be “President Trump,” “President Obama,” or “the President.”  For any controversial figure, use titles:  “Justice Thomas,” “Mayor Emanuel,” “Governor Palin,” or “Secretary Clinton.”

Avoid partisan non-verbals.  When discussing events and issues, don’t wince, roll your eyes, or adopt a sarcastic tone.  Rely on words.  Explain groups as disparate as the Tea Party or #MeToo as movements making appeals to American opinion.  Avoid the kind of name calling that is both uninformed and partisan.   We all know that certain phrases signal political alignments:  “Christian right,” “tax and spend,” “anti-choice zealots,” “gun nuts,” “the Democrat Party,” “statists” and so on.  Foreign Service conversations avoid labels.  If you’ve never talked about the “far left” in America, you shouldn’t speak of the “far right.”  And vice versa.

Quote others, not yourself.  Feel free to quote the President, members of the cabinet, their spokespersons, and other administration and Congressional principals, and be ready to quote others as well.  “Yes, the column by Maureen Dowd expressed an anxiety over …, but I’m sure you heard the President’s press secretary explain that …”

Just the facts.  In the coming months, the line from Sergeant Joe Friday in the old Dragnet crime drama — “Just the facts, ma’m, just the facts” — is a good guide.  Bone up on separation of powers, executive privilege, the protections granted by each amendment in the Bill of Rights, hearings, subpoenas, special prosecutors and grand juries, the roles of the FEC and the IRS, Supreme Court rulings on journalists and confidentiality, advocacy groups and tax exemptions, and so on.  Command of the facts demonstrates your knowledge, reins in wild thinking, and gives confidence in American institutions.

“When in doubt, explain”:  Use this evergreen Public Diplomacy adage to sidestep partisanship.

Model the America we all want:  We have all heard individuals with opposing views make the case for civility, for nonpartisanship, for respect, for equal treatment, for enduring values, for transparency, for the long view.  As the old hymn says, “let it begin with me.”

This updates an earlier essay which appeared on the website of the Public Diplomacy Council on September 2, 2014.

Donald M. Bishop is the Bren Chair of Strategic Communications at Marine Corps University in Quantico, Virginia.
Mr. Bishop served as a Foreign Service Officer – first in the U.S. Information Agency and then in the Department of State – for 31 years. Read More