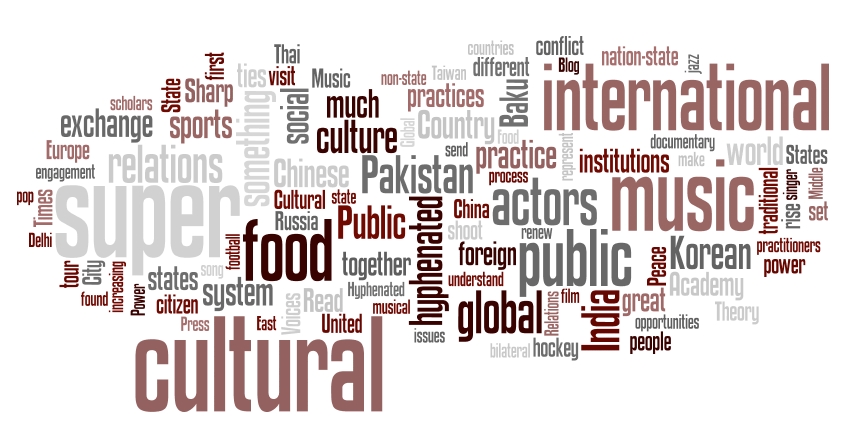 High-profile political events have scholars, practitioners, and observers wondering how diplomatic approaches can be better crafted for a world full of new threats and problems. Track II and Track III approaches to diplomacy have been most successful when traditional diplomacy fails. There have been new and numerous attempts to develop new approaches to combating long-lasting problems such as ethnic tension, extremism, as well as promoting economic growth and raising awareness on global crises. Some of these emerging diplomatic trends seem to have the potential to solve real problems, but can they really guarantee results or are they diplomatic fads that will go out of style as soon as the diplomatic community is faced with more complex challenges?

Track II and Track III approaches to conducting negotiations have become increasingly popular as many view regional and global institutions such as the European Union (EU) and the United Nations (UN) ineffective as the organizations are too big and do not represent those struggling with most of the world’s issues—Africa and the Middle East. Elements of Track II can be seen in many conflicts as governments have begun to negotiate with opposition groups to reach a decision instead of with internationally-recognized governments. An example of this would be the Syrian National Council which has proven to be a better alternative and avenue for peace than the regime of Bashar Al-Assad.

Track III diplomacy is more focused on grassroots efforts. This is what most informal diplomatic initiatives are categorized as. Track III diplomacy typically includes local professionals, community activists, local clergy, and organizers of grassroots NGOs. Track III efforts focus on reducing prejudice, stopping cycles of violence and retribution, attending the immediate needs of refugees and IDPs, and building broad-based reconciliation processes. Track III diplomatic efforts are run by small groups or by individuals under an idea to bring peace by building relationships over time, not necessarily under a concrete and established social movement or a global development campaign.

These emerging diplomatic trends are a way to incorporate existing social trends into the diplomatic and peace-making process. The use of social media, television, and culture make certain international causes more appealing to the world’s younger and more diverse groups. This increasingly includes what professor Anis Bajrektarevic calls the ‘datafication of human behavior (meta-data hovering) for the sake of timely and precise economic or political risk analysis.’ Many organizations have been highly successful in meeting global and diplomatic challenges by using such media.

Fashion diplomacy is an emerging trend that has been in existence for just 20 years, but it has come to the forefront recently due to its successes. The NGO Fashion for Development uses fashion as a way to create businesses and to bridge cultural gaps. With support from the UN, Fashion for Development or (F4D), has global initiatives active on multiple continents ranging from Afghanistan to Egypt to the United States in the key focus areas of: production/trade, promotion, skills/training, health and education. The group also seeks to reach the Millennium Development Goals (MDGs) of fighting poverty through creating entrepreneurial opportunities, sustainable economic growth, promoting gender equality, and enriching and empowering the lives of women around the world. The group’s mission according to their website is “to harness the power of the fashion and beauty industries and implement creative strategies for sustainable economic growth and independence for communities worldwide through the Expression of Fashion.” The fashion industry has come under harsh scrutiny for “fast fashion,” and for allowing workers to work in deplorable conditions; these items made under poor labor conditions are for export. F4D focuses on local garment making that is distributed locally. F4D is also focused on reaching the UN’s MDGs by developing economic solutions and how to make the fashion industry safer for garment workers and for the environment.

Sport diplomacy has been somewhat of a staple in American diplomatic techniques as the United States has often used culture and sporting figures/ideas to improve diplomatic relations. Football (or soccer) diplomacy is aimed at reducing tensions between ethnic and social groups and Secretary of State Kerry has called football a “very strong language.” Football around the world is very much a unifying sport and the main sport in Europe, Africa, and one of the more popular sports in Asia. Football also creates a transnational society where international cultural exchanges are possible. Through soccer diplomacy, China developed better relations with African countries. China’s so-called “Stadium Diplomacy” has allowed China to invest in the infrastructure of African countries such as Angola, Gabon, and Equatorial Guinea by building soccer stadiums. Gabon received a 40,000 capacity stadium built by the Shanghai Construction Group that was entirely funded by China. The stadiums are a symbolic reminder of Chinese assistance and illustrate China’s diverse aid programs that are more than loans, military aid, and support for leaders and democracy as compared to “traditionally Western forms of aid such as loans that specify the proper usage of funds or require certain democratic reforms.”

Basketball diplomacy was also a mildly successful form of diplomacy as Dennis Rodman, a former American basketball player for the Chicago Bulls, was granted unprecedented access into North Korea (or the Hermit Kingdom) and unprecedented access to North Korea’s leader, Kim Jong Un (KJU). Rodman was the only American to meet KJU and the American diplomatic community pressured Rodman to play diplomat, but Rodman refused. Rodman, in his “diplomatic capacity,” asked KJU to do him a “solid” and release Kenneth Bae. Kenneth Bae was finally released in early November 2014. To say that Dennis Rodman has improved US-North Korean relations is short-sighted as North Korea has lashed out calling the United States a racist country in defense of itself after a UN resolution was approved referring North Korea’s leader to the International Criminal Court for gross human rights violations.

Digital diplomacy has become a method of choice as social media has become part of the diplomatic community’s repertoire. Social media thus has provided countries with more information to solve social problems. Populations in conflict areas use social media to drum up support, organize protests, communicate, and inform the world of events in their countries as their media is often subjected to blackouts and censorship. A successful example of this would be the Arab Spring protests in Egypt and the EuroMaidan protests in the Ukraine. Digital diplomacy has brought world leaders to the United States, such as former Russian President Dmitry Medvedev who visited Silicon Valley to gain inspiration for Russia’s own Silicon Valley in Skolkovo. This was part of the public diplomacy effort to forge a US-Russian “reset.” These efforts were mildly successful until the re-election of Vladimir Putin which saw the re-emergence of a more assertive Russia. Social media engages those in the diplomatic community, and builds stronger relationships between the diplomatic community, technology, and academic firms and institutions respectively.

Social media campaigns are highly effective in generating media coverage, raising awareness of an issue or issues, and pressuring governments. Social media also plays a large role in human rights monitoring to track violations in otherwise closed countries and to provide news alternatives to the often state-owned news outlets which are heavily restricted and peddle state propaganda. However, social media has its weaknesses such as knowing whether the information is accurate, determining the validity of sources, reducing anonymity, and it is reliant on cell and internet networks that often have wobbly infrastructures in developing countries.

Due to the proliferation of technology and increasingly complex global crises, nontraditional diplomatic efforts are becoming the norm. The diplomatic, stabilization, and peacekeeping communities are looking to NGOs, cultural exchanges, and other forms of cultural diplomacy to rebuild communities after conflict.

The United Nations can greatly benefit from these emerging diplomatic trends as the United Nations currently has a reputation for being broken and ineffective. As many programs are funded by the UN, the UN can use these approaches to its advantages and apply them to other areas of need. Many of these emerging trends are already based on known solutions that work such as empowering the most vulnerable, creating sustainable economic solutions, fostering cultural exchanges, and improving governance. These initiatives (and trends) are conducted on the unit level and the micro level and are financed by governments, non-governmental actors, and individuals making the fastest impact while encountering little bureaucracy and avoiding complicated politics.

These emerging trends cannot replace the larger institutions and larger governments that are able to assist in dire complex humanitarian emergencies such as the Ebola outbreak, the looming threat of Islamic State, the refugee crisis caused by the Syrian civil war, and global hunger and malnutrition. Many of the non-traditional initiatives have been successful on a community-scale, but groups lack funding and manpower. Joint projects with Track II and Track III initiatives and larger institutions may be the key. Fashion diplomacy may be undercut by the cheap textiles produced by Southeast Asia countries. Digital diplomacy is susceptible to government regulation such as media and social media blackouts which have occurred in Turkey, Egypt, and Venezuela during times of civil unrest and protests. Sport diplomacy is subject to the whims of the government, social attitudes of the time, and who is directly involved. However, the world may still require these nascent and untested approaches since older, traditional forms of diplomacy have not met the expectations of those most in need.

The Rise of New Age Diplomacy