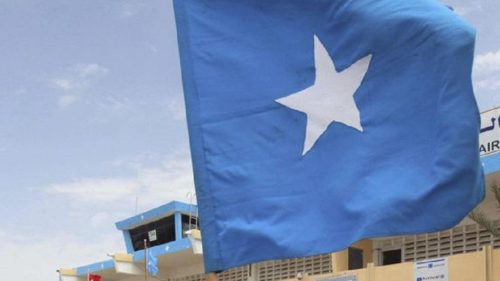 A Somali government official was fired over controversial diplomatic tweets he made in respect of Israel and Palestine. Abdullahi Dool, until March 31 was the Director at the Foreign Ministry.

It is reported that his public call for Somalia to establish relations with Israel is behind the sacking, according to local media outlet, Radio Dalsan.

His tweets of issued on March 29 were the source of his job loss. He posted a story that was calling for Israeli – Somali ties and added a comment expressing his support.

“I too support diplomatic ties between Somalia and Israel. It is long overdue. Establishing diplomatic relations does not harm anyone but promote peace and cooperation.

In a follow up tweet he said: “The Palestinians are their worst enemies. They never miss an opportunity to miss a chance.

They are idiots and losers who have hijacked their own people in Gaza. They should be condemned each time they attack civilians. It is in our interest to welcome Israel.”

Apparently, shortly after the messages, he pulled down the tweets and stated that they were his personal views. A move interpreted as seeking to distance government and his office from the issue. Somalia is one of the die-hard supporters of the Palestinian cause.

The government recently summoned its ambassador in Geneva for abstaining from a vote condemning Israeli occupation of the Golan heights.

American president Donald Trump said last week that the U.S. will recognize Israel’s sovereignty over the area. It drew global condemnation and a vote denouncing the move. Israel annexed the Golan in 1981 after capturing it from Syria in 1967.

Trump’s comments makes the US the first country to recognize that annexation. Trump has previously recognized Jerusalem as Israeli capital leading to protests in Somalia and parts of the Arab world.