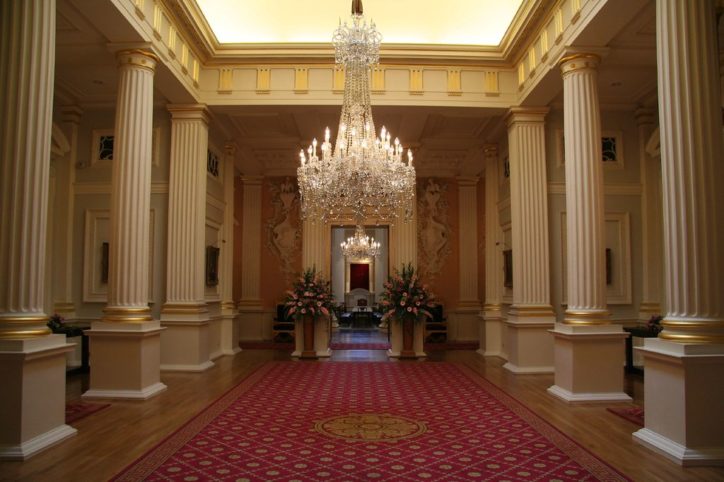 On 19th of February, the British Foreign Policy Group hosted a reception along with our convening partners at the UK Soft Power Group, the British Council, to launch their latest report – Sources of Soft Power.

The event confirmed to us that there is a huge appetite for the work that the UK Soft Power Group does – and a wider conversation on how the UK can make the most of our soft power assets in the post-Brexit world.

According to Dan Shah, Director of Research at the British Council, ‘soft power is an area where we benefit from a position at the top of world tables’. The report, which presents a comparison of the soft power of the UK and six other ‘soft power superpowers’ – China, Germany, India, Japan, Russia and the USA – provides an in-depth look at the current status of UK soft power, and areas for improvement. Among other recommendations, the report suggests that: ‘to maintain its leading position among its close international rivals, the UK needs to be outward looking, open, optimistic, self-assured and internationally engaged’. In practical terms this means an ambitious vision and strategy for UK soft power backed by sufficient investment; a continued commitment to multilateral co-operation and to spending 0.7 per cent of GDP on international development; and a renewed investment in the diplomatic network.

Shah is correct in that the UK is at the top of world tables when it comes to soft power – but it’s also true that more could be done to harness these assets. In last year’s SoftPower30 rankings, the UK dropped to second place – behind France – with Brexit predictably cited as the key reason. It is perhaps not surprising then, that panelists at the reception advocated for more to be done on British soft power – with Baroness Arminka Helic calling for ‘more oomph’, and Director of the British Foreign Policy Group, Sophia Gaston, arguing that ‘now is the time to recognise that our soft power is under strain, and focus minds on investment’.

The real enemy of British soft power is complacency. Rivals at the top of the soft power rankings, including France, Germany, Sweden and Canada all recognise the importance of soft power and are investing huge sums in growing networks and their socio-cultural assets. Britain should be wary that soft power assets and cultural institutions can be instrumental in attracting talent and business from all over the world in the immediate post-Brexit years.

Several times during the reception, it was noted that part of the fundamental nature of soft power – and the sources of soft power – is that it survives and thrives without heavy-handed government actors trying to influence its direction. How, then, can government allow soft power networks to thrive, while also making sure that Britain as a ‘global brand’ benefits from developing social and cultural assets?

Last week, the British Foreign Policy Group team was in Dundee at the V&A as part of our National Engagement programme with the Foreign & Commonwealth Office, to look at the soft power assets the city has – and how it is making the most of them to realise it’s international ambitions. Last month, my colleague Katarina Kosmala-Dahlbeck wrote for Perspectives on the emerging world of paradiplomacy – or grassroots-led foreign policy. There are lessons to be learned here in terms of how best to harness soft power.

In many areas, paradiplomacy is hugely sophisticated. In the article, Katarina noted that there are around 125 multilateral arrangements of subnational governments, and notable examples include the Local Governments for Sustainability (ICLEI) and the United Cities and Local Governments (UCLG).

Certainly, the government should refrain from trying to control soft power, but that doesn’t mean that it cannot provide the framework for our soft power actors to thrive – in the form of developing networks and grants, and by fostering an environment in which entrepreneurship can flourish across cultural sectors.

In the world of ‘Global Britain,’ the sources of soft power can and will be instrumental – but government complacency could see Britain fall further down the rankings post-Brexit. Having a serious conversation about the role – or lack thereof – that the government can play in harnessing and ‘levelling-up’ the UK’s soft power attributes, should be a key focus.

This article was originally published on Perspectives.

Convened jointly by the BFPG and the British Council, the aim of the UK Soft Power Group is to support a more connected, attractive and trusted UK, and to protect and promote the values, diversity and integrity of UK soft power.

This is a UK-wide initiative, aiming to provide an all-UK vision of soft power, and support better collaboration and co-operation between the soft power actors in the UK, and between them and UK and devolved governments too.