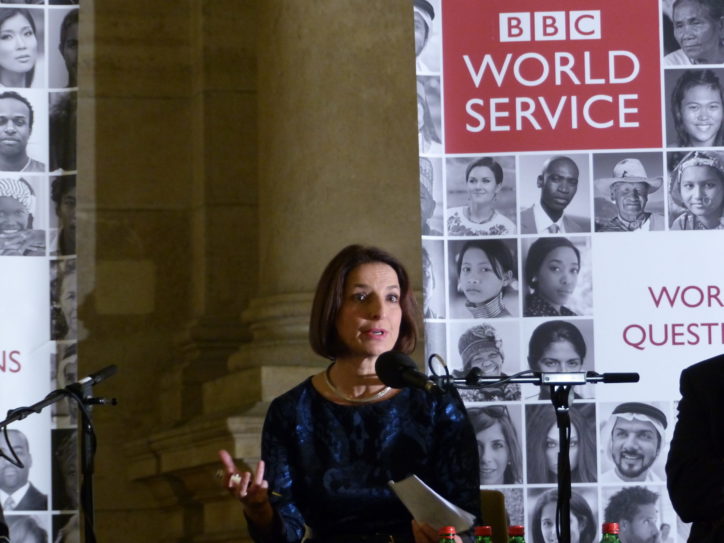 Once more, the debate over the BBC – particularly the license fee – is hotting up. As the Government turns its eyes on to the UK’s public broadcaster, the value for money of the license fee has come under scrutiny.

But Sir David Clementi, Chairman of the BBC, has warned Prime Minister Boris Johnson “that attacks on the corporation will result in a “weakened United Kingdom” amid tensions with Downing Street over the broadcaster’s future.”

Certainly, when it comes to soft power – the BBC is an asset which should not be taken for granted.

At an event in Westminster recently, Sir Robbie Gibb, former Adviser to Theresa May and Head of BBC Westminster, made a number of salient points with regard to the BBC’s soft power. He argued that ‘if you go anywhere in the world and ask what they know about the UK, they’ll say the Queen… and the BBC.’ He argued that ‘(the BBC) is a good brand for ‘UK PLC’ as we try to make our way in the wider world post-Brexit.’

That’s certainly the case. The BBC brand (or the BBC World Service if you’re abroad) currently broadcasts to a global audience – in more than 40 languages. But rather than appreciating the soft power value of the BBC, successive governments have cut World Service funding (22 bureaus have closed since 2011) – with soft power strategy focussing instead around various ‘Great’ campaigns. Whilst these campaigns absolutely have their place, the fact of the matter is that soft power functions best when at least partially removed from government – and are certainly more trustworthy. Tony Hall, outgoing Director-General of the BBC, said: “the World Service is one of the UK’s most important cultural exports and one of our best sources of global influence.”

By allowing the BBC to exercise its soft power muscles relatively free of government constraints, we could well be following best practice when it comes to the relationship between government and soft power. The British Council’s report discussing Portland’s SoftPower30 rankings notes that the BBC World Service is picked out as deserving of praise as a soft power asset – because of its relative independence from government – in contrast to a more state-controlled approach.

Naturally, the worry is that political debate over how appropriate the license fee is in the 21st century will become intertwined with debate on the actual usefulness of the BBC – which is bound to water down the BBC’s position as a soft power juggernaut. There is, certainly, a debate to be had when it comes to the license fee, and criminalisation of those who refuse or fail to pay the license fee. But when it comes down to it, we must be careful not to conflate the license fee debate with wider derision of the value of the BBC to the United Kingdom – as a fantastic soft power asset for the post-Brexit world.

The British Foreign Policy Group is an independent, non-partisan think tank based in London. Through dynamic research, events and networks, we seek to strengthen the UK’s international engagement, and advance our understanding of global affairs in the 21st Century.