The 2014 Twiplomacy report was released in June from global public relations firm Burson-Marsteller, finding in-depth statistics from the microblogging platform Twitter and quantifying Twitter’s instrumental role within global politics and diplomacy. The study begins by noting that world leaders, like many 21st century cultural figures, “vie for attention, connections and followers on Twitter”, and that for many world leaders, Twitter has become a huge diplomatic tool for real-time relations, reflecting an impressive amount of the nuance of global affairs. Twitter is an increasingly influential diplomatic tool, with now more than “half of the world’s foreign ministers and their institutions” and 83 percent of the 193 UN member countries present on the site.

Unsurprisingly, Barack Obama is currently the most followed world leader with “a colossal 43.7 million followers,” followed by Pope Francis and Indonesian President S.B. Yudhoyono. However, the study raises the question: “Does size matter?”

Does having a large follower count accurately measure the amount of engagement from each of these followers? For example, @BarackObama has been on Twitter’s suggested user list, which is listed in each user’s side panel often suggested by the site for new users to follow. Because of this, @BarackObama (and accounts like it) have large followers in numbers, but this does not necessarily translate into actual engagement.

The study concludes that Pope Francis is the “most influential” on Twitter, with more than 10,000 retweets for every tweet sent on his Spanish account and an average 6,462 retweets on his English one. Another interesting bar for success within retweets became apparent through the data; only eight world leaders have seen their tweets retweeted over 24,000 times and each reflected a major announcement or historic event. Indian Prime Minister Narendra Modi saw this success with the tweet, “India has won! The conquest of India. Good days are ahead,” proclaiming his triumph in the recent election, while Malaysian Prime Minister Mohd Najib Tun Razak broke the 24,000 retweet peak in a tweet commemorating the tragic loss of Malaysia Airlines flight MH370.

In another instance proving the diplomatic power of Twitter, the study cites that many foreign ministers have used the platform to form “mutual connections with their peers.” Mutual connections on Twitter allow leaders to exchange direct messages and hold private conversations, which have been used to “set the record straight” on events or “coordinate…digital outreach” between ministries. While U.S. President Barack Obama and the White House are the most followed by foreign leaders, both rarely return the diplomatic gesture, with @BarackObama mutually following only Norway’s Erna Solberg and Russia’s Dmitry Medvedev, and @WhiteHouse only following Dmitry Medvedev and the United Kingdom Prime Minister’s Office.

Ministries are also expanding their own networks, with the number of embassies, ambassadors, and consulates growing remarkably on Twitter. Today, more than 3,100 embassies and ambassadors are present on the site, with the number expected to increase. The U.K.’s @ForeignOffice follows 307 diplomats, embassies and missions, while foreign ministries of nations like Poland, Israel, and the U.S. each follow over 100 missions and embassies.

One of the main instruments of Twitter diplomacy, the hashtag, has set the industry standard for digital awareness of global events. Initiatives like Nigeria’s #BringBackOurGirls and Slovenia’s #ENDViolence campaigns have shown the remarkable potential for global outreach and awareness of human rights issues; garnering millions of tweets, retweets, likes, posts, and shares across many platforms and networks; and reaching points of cultural ubiquity unmatched through any medium. However, hashtags can also resonate along both sides and create digital outreach rifts during times of international conflict. For example, the hashtag #UnitedForUkraine gained widespread support from Western countries, but in response, foreign ministries in Moscow initiated their own hashtag, #BringBackOurBoys, urging for the release of two Russian journalists captured in eastern Ukraine. This instance, called a “hashtag battle” in the study, shows the conflicting power of foreign ministries’ attempts to rein in public interest online.

The study also notes the widespread use of Twitter only during election campaigns, with many politicians leaving their accounts inactive before and after campaigns. Over 100 accounts studied by the group were dormant. Often, when new institutions come to power, previous accounts are left abandoned and lifeless.

The data, collated with consideration to over 60 variables including tweets, followers, retweets, hashtags, and more, was collected with Twitonomy and can be found here; the full Twiplomacy study can be found here. 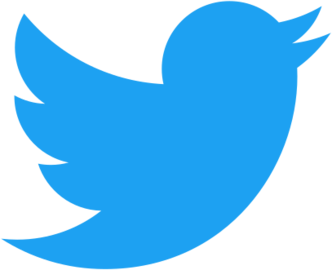