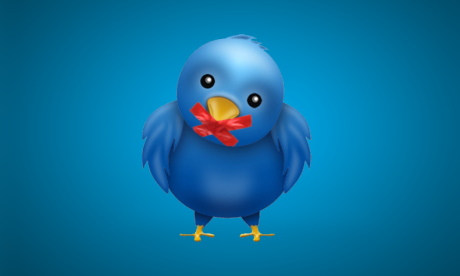 Twitter has removed more than 30,000 accounts linked to state-based actors, the majority of them from China, accusing them of spreading deceptive geopolitical narratives.

The intervention from the American social media giant comes a day after Zoom appeared to go in the opposite direction by blocking the video accounts of three Chinese human rights leaders commemorating the 1989 Tiananmen Square massacre. The episodes highlight the increasingly hostile environment of digital diplomacy amid growing international tension.

Twitter, which also blocked 7340 accounts from Turkey and 1152 accounts from Russia, accused governments and their supporters of manipulative and coordinated activities that fuelled misinformation.

“They were tweeting predominantly in Chinese languages and spreading geopolitical narratives favourable to the Communist Party of China, while continuing to push deceptive narratives about the political dynamics in Hong Kong,” the company said in a statement.

“Ultimately our goal is to serve the public conversation, remove bad-faith actors, and to advance public understanding of these critical topics.”

“In the middle of a pandemic this is dangerous, it is unacceptable, it has the potential to undermine global health efforts and trust,” she told ABC radio on Friday. “Shining a light on it and countering it with accurate information is absolutely the best disinfectant.”

Zoom, the Silicon Valley video-chat company that has seen its share price soar from $US68($100) to $US222 throughout the coronavirus pandemic, said on Thursday the Chinese government had ordered it to block the account of three pro-democracy leaders. The accounts belong to US-based Chinese activists Zhou Fengsuo and Wang Dan, along with the Hong Kong-based Lee Cheuk-yan.

The anniversary of the Tiananmen Square massacre is not commemorated in China and any mention of the 1989 protest is tightly controlled by the state’s censors. The Chinese government puts the official number of deaths at a tenth of the 2600 identified by China’s Red Cross.

Zhou, Wang and Lee had commemorated the anniversary on May 31 by hosting video interviews with survivors and relatives of those killed in Tiananmen Square.

“The Chinese government informed us that this activity is illegal in China and demanded that Zoom terminate the meetings and host accounts,” Zoom said in a statement.

“We hope that one day, governments who build barriers to disconnect their people from the world and each other will recognise that they are acting against their own interests, as well as the rights of their citizens and all humanity.

“The reality is Zoom operates in more than 80 countries and continues to expand, which requires compliance with local laws even as Zoom seeks to promote the open exchange of ideas.”

Zoom has aggressively targeted an expansion in China, the world’s largest consumer market. It has since reinstated the three blocked host accounts and said in future it would not allow requests from the Chinese government to impact anyone outside the mainland.