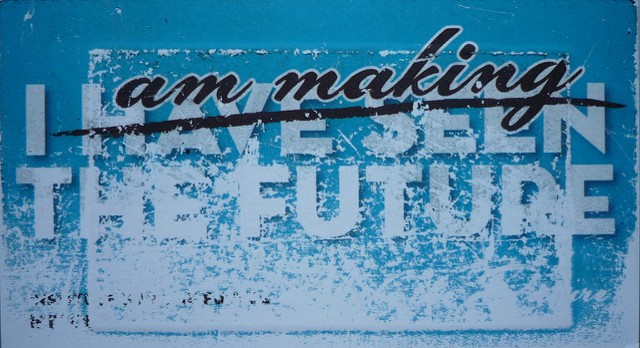 The following is a presentation I gave as a conference entitled Digital Dictators: Media, Authoritarianism, and America’s New Challenge. It was sponsored by the American Foreign Policy Council and I have contributed a chapter to a book of the same name.

In the first half of the 20th century, there was a wholesale realignment of interests and alliances as colonies became countries and empires were laid low. The loyalties of millions of people around the globe were open for persuasion.

In a world that was realigning to a new modern era, America strode onto the world stage with confidence. It had a dynamic economy, vibrant culture and strong military and when America spoke, it spoke with confidence and vigor. It’s message was not “explain America”, or “discuss America”, but “project America.”

Post World War II the ideological war escalated and the Soviet’s found success in solidifying their zone of control in Europe and the influencing decolonization movements around the world. U.S. policymakers realized that it was engaged a new kind of political warfare, a contest of ideology, and influence. And our response was to build the most effective information and influence operations the world has ever seen: what we now know as U.S. international media.

As we enter the opening years of the 21st century the ideological advantage has frayed and is disappearing. We are entering a new type of political warfare and with this new era we need to reexamine not only our strategic goals, but the form and structure of USIM itself.

Information is now everywhere, embedded in our homes, our hands and even our clothes. The statistics are no longer novel: there are over three billion Internet users, sixty-five percent of the global population is a mobile subscriber, and forty-seven percent of the world’s population has an Internet connection. From Berlin to Bamako people have access to over a billion websites. Digital flows are now responsible for more GDP growth globally than trade in traditional goods.

Concordant with this information overload has been the depreciation of the value of information. There is a growing disagreement of objective truth and the declining trust in “formerly respected sources of factual information.” A recent Rand report, Truth Decay, shows how the rise of opinion, promulgated around the world — including the U.S. — through talk radio, cable news, social media, coupled with increasingly effective press censorship and intimidation has led to what Edelman found in its 2018 Trust Barometer “a grand illusion”, or “a lingering notion that elites continue to lead and the masses will follow.”

Authoritarian countries, and non-state actors understood the changing ground and are now using that advantage to win the first rounds of the the 21st century information war. They have used the freedom of the digital age to create a powerful class of information antibodies: the near dominance of opinion over facts, #fakenews, filter bubbles, corrosive memes, phishing, hacking and hate speech. These have become the tools of authoritarian media. A broad array of dictators and non-state actors are now utilizing Western communication tools to undermine the very civil society that enabled these advances.

Beyond international competition, USIM, as well as U.S. diplomacy has another challenge. America’s most visible communicator, President Donald Trump has turned his domestic “counter punching” political messages into a constant stream redefining what it means to ‘project America.’ President Trump branded the concept of #fakenews by labeling fact-based news content as untrue and then attacking his perceived antagonists in prominent U.S. news outlets. As Freedom House notes the result is, at best, the perception that the U.S. is retreating from its commitment to an open and free press.

By early 2018 we are seeing a blow to U.S. influence, but also a increasing number of authoritarian regimes mimicking the President’s rhetoric on their own attacks against their domestic and global antagonists. Syrian President Bashar al-Assad (“We are living in a fake-news era.”), Venezuelan President Nicolas Maduro (“The media “spread lots of false versions, lots of lies. This is what we call ‘fake news’ today, isn’t it?”), U Kyaw San Hla, an officer in the state security ministry in Burma (“There is no such thing as Rohingya. It is fake news.”) and Turkish President Erdogan speaking admirably about how President Trump put a CNN reporter “in his place.”

The sum of these forces is that political warfare in the 21st century is centered on the battle for cohesion. For revanchist powers, such as the Kremlin and Iran, the aim is undermining the liberal democratic order and the institutions that govern that order. For rising powers, such as China, its about unraveling Western cohesion to re-knit its own order in a network of trade, technology and policy. Authoritarian tactics in driving instability allow them to play a more powerful hand than their economies, military, technology or culture allow.

The role of USIM has to change in this new world environment. It no longer can say that fair, impartial news is the antidote to authoritarian regimes when the underlying foundations have changed so rapidly and thoroughly. The goal can no longer be a Murrow defense, but rather the goal must be to foster long-term strategic cohesion of the liberal democratic order, including the evolution of new 21st century institutions that are the conduit for global audience to join, participate in and enjoy the benefits of that order.

First, USIM can help shape media markets to undermine the effectiveness of authoritarian media, propaganda and information operations. Fundamentally the need is for the U.S. to recognize media policy as a core national strategic interest and elevate our stance on open media markets at the same level we advocate for fair trade and national security.

Second, USIM must support new liberal democratic institutions that are being built for the information age of the 21st century. These emerging institutions are built on creating people-to-people networks that assist members to accomplish important outcomes in their own lives and to contribute to the success of their community. Institutions such as Kiva, Start-up Weekend and Mobile Mondays connect entrepreneurs to capital and technical support. Omidyar Networks helps communities through civic technology ventures. There are similar emerging networks in the fields of sustainability, education, science, culture and human rights.

The role of USIM should be to invest in these organizations by promoting participation, celebrating their successes and partnering with them to enable members to connect, share and collaborate. People reached by USIM can be more than inspired by liberal democratic ideals, they can learn new skills and tools to apply them to improve their daily lives. Where these new people-to-people institutions are strong they resist revanchist forces and help promote the evolution of pluralistic societies.

USIM must develop sharp focus as a platform for engagement, but on terms recognizable to the next generation of audience. The ideological advantage of the 20th century is now replaced by a 21st century advantage of our unique character as a leader of an evolving information economy and culture. The U.S. is a cradle for cutting edge ideas of entrepreneurs, technical innovation and freedom of information. Shawn Powers has noted that “When you ask foreign audiences what American values stand out for them right now, entrepreneurship, business savvy, and interest in pursuing ideas that come to them; those are the values that are recognized.” At their core, these ideas are about solving problems. By refocusing our messages on the America’s 21st century strengths we can demonstrate a deep, relevant connection between the goals of our foreign audiences and our own way of life.

In order for USIM to shape media markets, support the next generation of institutions and engage with audiences the Broadcasting Board of Governors and the individual networks must be reformed. While I deeply applaud BBG Director John Lansing and his team with their vision and operational adroitness of stabilizing and beginning to advance the BBG, I feel strongly that the BBG must go further in re-balancing and reforming its approach.

It must move away from almost exclusively creating news and information through its own services. While news is an essential tool, it is not the only one. It can embrace the role of a content studio where it enables the production and distribution of content from a broad array of independent producers, artists, documentarians, especially those in or near the audience.

It must also speed its transition into a sophisticated digital organization. One objective is to attract and retain staff with relevant skills to match fast-evolving media markets, including significant investments into social media marketing, data science and experienced digital producers and distribution managers.

Another aspect of being an agile, flexible digital organization is breaking up the old newsroom structure into smaller, flexible and purpose-built content units targeting key audiences in the national interest. There are examples already within the BBG, including RFERL/VOA’s Polygraph unit that fact-checks disinformation and misinformation or RFA’s unit that works inside Chinese social media platforms.

The last goal is literally reforming the BBG and its networks to a single media company under a single executive CEO. Just as the BBG as a whole needs to move to more flexible, purpose-built content units, the CEO’s core goal would be to enable a more aggressive forward deployment of USIM units closer to and more connected to the audience. This could include production of content in, or near, priority markets, as well as units that commission relevant local content that is tied to advancing liberal democratic outcomes.

The U.S. has been slower to adapt to 21st century media environments and has failed to evolve to match the speed of innovation. While there is strength in traditional liberal democratic institutions it is quickly eroding. The BBG, needs a fresh perspective to take on the challenge of authoritarian media. In policy circles, U.S. information strategy is still largely seen as a sharp tool to jab at authoritarian powers in a 24 hour news cycle or a post hoc platform to explain U.S. policies, rather than a tool to shape the ground for the success of U.S. goals and actions.

In this new world USIM is best framed as a strategic platform where outcomes are measured in trust, relevance and the alliance of the next generation of the audience to the principles of a democratic future. This new relationship with the audience can only be built over time through audience engagement and cannot be delivered on short notice. It takes years, but the dividends are significant.