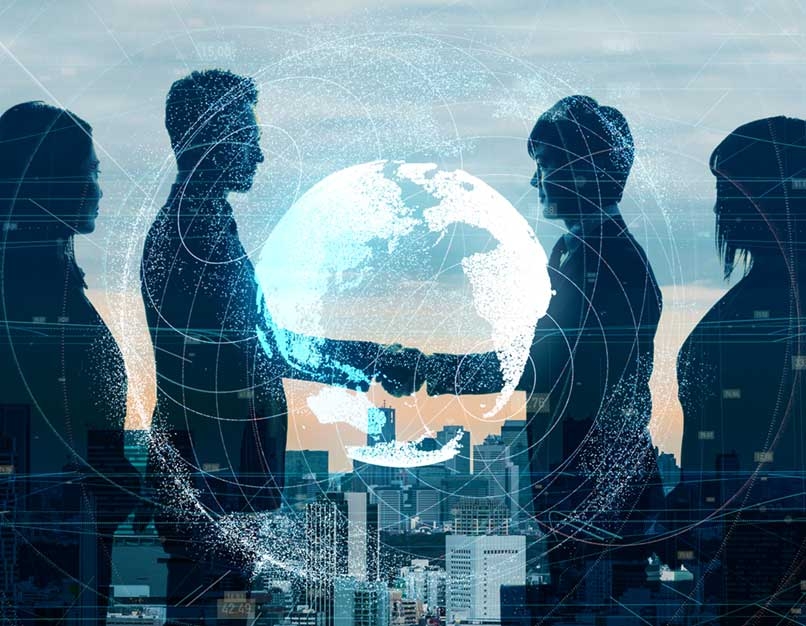 We are living in a digital world in which anyone can pick up their phone and see the very latest information in world news, politicians’ latest comments and leaders’ latest tweets. With so many open and direct information and commination channels, how does the diplomat still fit in?

For some time now, Digital Diplomacy has become the new buzzword in many Ministries of Foreign Affairs around the globe, and with good reason. In a world undergoing growing digitalization, the transfer of the diplomatic profession to the digital platform is in sync with almost every other field in modern times. This process is further accelerated by the outbreak of the COVID19 pandemic and the Social Distancing practices put in place to combat it.

What is Digital Diplomacy? It is the use of Social Media platforms such as Facebook, Twitter, Instagram and more to connect with target audiences beyond the government level including civil society, influencers, researchers and the public at large. This form of diplomacy has been termed “Public Diplomacy” which is based on the assertion that in the modern era, bilateral relations between countries are built on both governmental ties and cooperation as well as broad grassroots communication and interaction. By garnering both the support of the government and the people, one assures the continuation of an upwards trajectory in the relations between two countries even in the face of democratic changes of power or changes in regimes. Engaging in public diplomacy on Social Media platforms is what is known as Digital Diplomacy.

Digital Diplomacy is the latest stage in the evolution of the diplomatic profession. While the original purpose of diplomats was to serve as a channel of communication between leaders of kingdoms and empires and later of nation states, the profession has changed several times over in the modern era. With the invention of the cable machine more than a century ago, some diplomats lamented the development and warned it would be the end of the diplomat. However, we have seen the profession adapt to the new reality, and even today’s phone calls and tweets between world leaders have not replaced the role of the diplomat or its significance.

The diplomat has always been a jack-of-all-trades, versed in languages, politics, history, culture and more. Today the work of a diplomat includes bilateral meetings, press and communication work, development cooperation, cultural events and activities, economic engagements, academic collaboration and more. Social Media started out as a tool to disseminate information about these activities and has slowly become the platform on which the diplomat engages with larger audiences than ever before and even conduct the activities themselves.

All this evident in the digital diplomacy activity of the Embassy of Israel in India and its diplomatic team. The embassy handle on Twitter has over 60 thousand followers, and its Facebook page has close to 100 thousand. Interestingly, in addition to the formal Social Media accounts of the Embassy, the personal accounts of the Israeli Ambassador and the individual diplomats on the team also garner a following of up to tens of thousands each.

The success of the Israeli diplomatic team in India is indicative of the essence of diplomacy today. The accounts of the diplomats are dedicated not only to the promotion of Israel, but also to the personal immersion in Indian culture, day-to-day life, traditions and more which allows for better understanding and the formation of more precise connections between Indian and Israeli society.

Showcasing Israeli diplomats on these channels partaking in Indian festivals, wearing traditional garbs, travelling India and tasting its diverse cuisines are not just for show or mere gimmicks. Through these personal experiences, the diplomats express a genuine interest and respect for Indian culture, which translates to gratitude and curiosity about Israeli culture in turn. Actively engaging in playing Holi, exchanging Diwali gifts or stepping out to our balconies to light candles under lockdown, shape the diplomats into better bridges between both cultures.

These experiences can never be replaced by working remotely from another country, considerations of time differences aside. While the coronavirus and Social Distancing have proven that it is easier to work from home than previously believed, diplomacy is one field where the “home” in “work from home” is still more efficient when it is physically located in the host country.

That is not to say that Digital Diplomacy is completely ineffective without physical presence. The Israeli Ministry of Foreign Affairs was among the first to recognize the potential of social media, and Israel has been using it to reach out to nations with which it has no formal diplomatic relations. Israel’s Twitter account in Persian, speaking directly to Iranian citizens despite the tensions between the countries, has over 220 thousand followers who are interested in what Israel has to say. Similarly, Israel’s Facebook account in Arabic reaching out to countries across the Arab world has nearly 2 million followers.

These accounts have created open and direct dialogues with millions of citizens around the world whose countries do not recognize the State of Israel and had no other way to learn about the country and its people. The changes we have seen in the Middle East in recent years could potentially continue at a faster rate under the recent global pandemic. This would make the connections forged via social media the foundation for acceptance of change in the relationship with the Jewish state.

This new global reality post COVID-19 will undoubtedly reshape the world as we know it, and diplomacy too will not escape these universal changes. However, much like how the cable did not kill or replace the diplomat, social media too is but a tool in the diplomatic toolbox. We have already learned how it can enhance dialogue and outreach, create connections and influence public opinion. The near future will likely prove that it could replace conferences, seminars, bilateral exchanges which previously required travel and more. However, it can never have the same effect behind it without the genuine, personal and physical interactions made possible by diplomatic posting. In that respect, diplomacy remains one of the most stable and irreplaceable professions in the post-COVID era.

On a personal note, I would like to congratulate the creators of New World Order on joining the digital community and look forward to reading it for many years to come.

(Avigail Spira is an Israeli diplomat serving as the Spokesperson of the Embassy of Israel in India since 2016. She has over a decade of experience in Public Diplomacy including MUN as well as ESL).