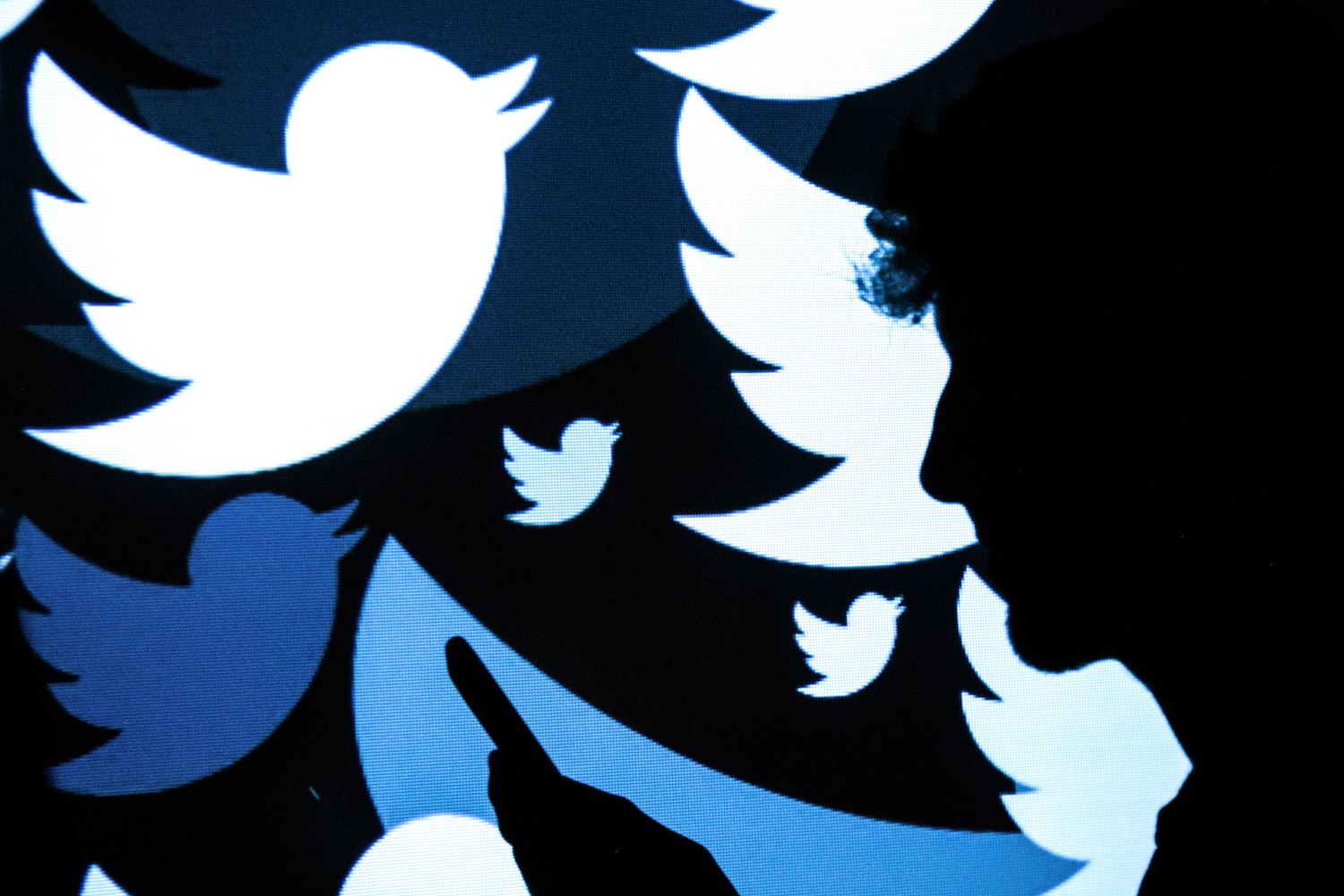 Tweet offensives have become a favored method of communication among world leaders. Led by U.S. President Donald Trump and now emulated by his lieutenants, such as Secretary of State Mike Pompeo, Ambassadors Richard Grenell and David M. Friedman, and even Vice President Mike Pence, the now widespread adoption of aggressive saber-rattling online is forever altering once dignified foreign correspondence. This “thumb-boat diplomacy”—a 21st-century version of gunboat diplomacy, which maintained foreign policy by threat of military force—may be the new normal. But the waters of digital warfare are still uncharted and fraught with danger.

The United States’ top diplomat, Pompeo, was arguably the first to institutionalize the tactic. Over the summer, as tensions between the United States and Iran seemed to reach a peak, the U.S. State Department apparently decided that it would be the perfect time to formalize the tactic. Starting in mid-July, press releases from the State Department concerning Iran began to shift format. Formerly a weekly fact sheet full of familiar diplomat-speak summaries of the week’s events, it became instead a list of tweets and other quotes, followed by annotations. That format continues still.

According to a State Department spokesperson who corresponded with me last week by email, “Secretary Pompeo believes in the importance of putting all tools of diplomacy, including digital engagement, to communicate and accomplish US foreign policy objectives. Under Secretary Pompeo’s leadership, the Department has been empowered to fully embrace digital diplomacy.” In regard to Iranian policy, the spokesperson expressed that the department sees significant advantages in using social media: “Twitter is one of the most effective ways to communicate our policy of ‘maximum pressure’ on Iran in a transparent and accessible manner to the world, including to the Iranian public.”

It may make some sense for the U.S. government to adopt a popular communications method as part of modern diplomacy. However, the greater implications and unforeseen consequences of the approach are now becoming apparent, in particular through economic indicators and escalating conflicts.

Tweets posted on world leaders’ accounts have been responsible for dramatic financial swings in the markets. In fact, Wall Street traders have even created the Volfefe Index to measure and predict the effects of Trump’s tweets about tariffs and sparring between the United States, China, and others. One recent tweet from Trump was estimated by Bloomberg to have cost global stock markets roughly $1.36 trillion.

It is harder to evaluate the direct effects of Twitter proclamations on conflict. There are “too many different kinds of conflicts and too many potential logs that one could draw on the fire to increase the conflagration,” said Mary Thompson-Jones, a retired State Department employee and professor at the U.S. Naval War College. Still, she looks at Twitter as a symptom of a disease, rather than the cause. Of particular interest to Thompson-Jones is nation-states’ ability to use the platform as a resource to stir conflict covertly at the edges of great-power competitions. Especially, the “U.S., China, and Russia, who have the resources to dedicate to this, are able to mount platforms and use Twitter as a subterfuge.” She continued, mentioning “Chinese platforms to tweets that were designed to manipulate various things in the United States.”

At the very least, it is safe to say that Twitter diplomacy often misses its mark—and when it does, the results can be severe. Iran is just one of many places where offhand tweets have life and death consequences.

On Oct. 11, Pompeo made his own mark on thumb-boat diplomacy by warning the Iranian government to change its behavior and “act like a normal nation” or face economic ruin. The declaration came moments after he tweeted that more troops would be deployed to Saudi Arabia to counter Iranian threats. Iran’s supreme leader, Ayatollah Ali Khamenei, responded in kind with a tweet saying that any country that started a war with Iran would “undoubtedly regret it.”

This episode of digital sparring was not the first time a Twitter showdown seemed like it could escalate into a real one. In June, anxieties over a possible clash soared when Trump shot off a warning after Iran downed a U.S. drone, writing that “Iran made a very big mistake!” Iran’s foreign minister responded that “misconceptions endanger peace.” Onlookers held their breath as analysts wondered if a Trump tweet was a deadly mistake. With threats turning apocalyptic, headlines from major news outlets read that Trump had warned Iran of “obliteration” in the event of war.

To be sure, of concern is not the rise of digital diplomacy in and of itself. The real problem is the change in tone in public discourse over the last few years, which has been normalized by Trump’s elevation of the cyberbully pulpit.

There’s also the problem that global leaders use Twitter to reach and appease national audiences, but that messaging is often contradictory to foreign diplomacy as a process of bridge building.

For example, many of the president’s strongly worded messages about trade—meant to engender support in the Rust Belt—have had unintended repercussions. For example, when Trump took Twitter aim at the European Union on steel tariffs, the EU decided to take the threat to the World Trade Organization.

For his part, Pompeo has used Twitter almost daily to chide foreign advisories, announce sanctions, and go after rivals like Iran. And although the secretary of state may be an unusually avid user, he is hardly alone. In fact, 97 percent of the 193 United Nations member states had some form of official presence on the platform in 2018. And not all of them are staid. Brazilian President Jair Bolsonaro and Philippine President Rodrigo Duterte have personal accounts on Twitter that they use to attack both foreign leaders and adversaries at home.

Over the summer, as Brazil’s Amazon burned, Bolsonaro occupied himself with trading Twitter jabs with French President Emmanuel Macron, claiming that Macron was sensationalizing the blaze for personal political gains. Bolsonaro also insulted the French president’s wife on social media. Duterte, for his part, has unleashed a social media army, led by his secretary of foreign affairs, Teodoro Locsin Jr., who often shoots off profane tirades carte blanche.

The aggressive tone shows no sign of subsiding. It is fed by the nature of the platform to reward the instigator with attention.

Despite the risks, the State Department sees a significant tactical advantage in using Twitter to open public discourse—especially with Iran. The Iranian regime “takes advantage of our free media and Twitter to spread its propaganda to the world,” even as “they try to block the Iranian people from accessing the same platforms,” the State Department spokesperson said. Twitter has therefore become the department’s new Radio Free Europe or Voice of America of the post-Cold War era.

Using Twitter may also be a way for the State Department to reassert itself after decades in which it has lost its status as “the unique and single source of all foreign policy,” Thompson-Jones said, with “the White House through the [National Security Council] often taking the lead.” Twitter gives the department real-time opportunity to highlight diplomatic activities and actions that would normally be handled in staid communications and briefings.

But sometimes, even the best intentions backfire. A good example is the Iran Disinformation Project, which was a program funded by the State Department to counter foreign propaganda. In May, it was defunded after going off the rails trolling U.S. journalists, human rights activists, and academics that program operatives deemed to be insufficiently hostile to the government in Tehran. According to reports, the project had been part of a global engagement center that has been depleted of funds and staff under Trump. That led to its decline and a lack of oversight. This example shows how easily cyberdiplomacy can falter as its efforts meet unanticipated facts on the ground.

For now, though, thumb-boat diplomacy shows no signs of abating, which puts any diplomatic efforts in the crosshairs of 280-character exchanges.