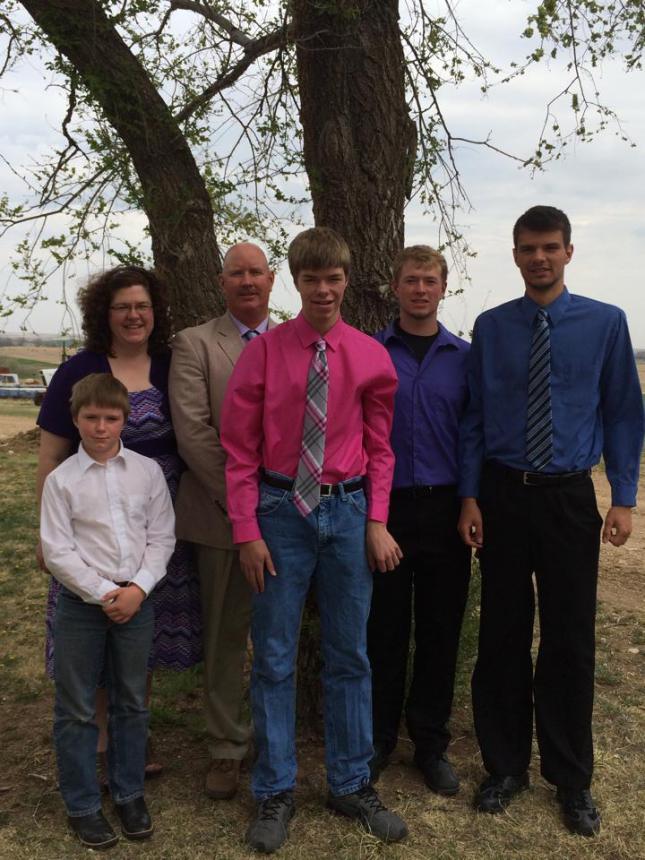 Marko Vignejevic is a young man from Pancevo, Serbia. He spent one year studying at an American high school through the A-SMYLE student exchange program. One day he received a letter from the organization telling him that he would be spending his year in the tiny little town of Sylvan Grove, Kansas.

Sylvan Grove has a population of about 300 residents! What would happen when a 6’7 Serbian student enters a tiny town in the center of the USA? I asked him a few questions to find out…. Charles- “What were your first impressions of the USA?” Marko- “Okay. My first impressions? Well, lets skip all the flying and sightseeing and jump right into Kansas. So, my first impression of Kansas was “Holy shit, this place is flat!” and I live in Vojvodina. :) Then I started mentally preparing myself for the farmer lifestyle, instead of my city lifestyle that I had in Serbia. Then I got to the house and the farm and I liked it! It was way different than my house in Serbia, but I expected that.”

Charles: “What about the family you lived with? Were they nice to you?” Marko: ” They treated me very well! I never once felt like I didn’t belong! They had four kids already. One daughter and three boys. It was a lot of fun living with them as you can imagine with all those kids running around.”  Charles: ” Did you teach them any Serbian?” Marko: ” I tried, but It didn’t work out very well. They kept pronouncing the J and the G the exact same way. :)”  Charles: “Were they a wealthy family?” Marko: “ No, average middle class family, but they live much better than an average Serbian family.”

Charles: “ Were your real mom and dad worried about you? Did your host family speak with them? “ Marko: “ No, once all my flying was over, they were fine. My dad is a very reasonable man and calmed everyone else. I introduced my host parents to my real parents over Skype and there was a lot of awkward staring until I started translating because my parents in Serbia speak ZERO English.” Charles: ” How did the residents of this place treat you?” Marko: “The town is so small. It only has 300 people in it. The high school was a consolidation of a few little towns and only had 100 students. The people of Kansas were so nice to me, possibly too nice.” Charles: ” Were the kids at school friendly to you?” Marko: ” YES! The minute I walked into the school kids started saying ” Great! We are going to state in basketball this year” because I was the tallest guy in school. It was funny because they hadn’t even seen me play yet!  I felt like the star walking around this school being 6’7! I was also the only exchange student.”

Charles: ” How did your basketball season go in Kansas?” Marko: “It was good. We ended up 9th in whole state of Kansas, but lost badly in our final game. We were 5th in the state at one time”  Charles: ” Did you tell the kids at school about Serbia?” Marko: ” Yes. We had my Serbian flag hanging up in my American history class! :)”

Charles: ” Did you like American food?” Marko: ” Yes, I loved it! Could you find a way to bring a Taco Bell over here to Serbia? :) ” Charles: “What was the worst part of your trip?” Marko: “Probably having to leave everyone. ” Charles: “Anything else you’d like to tell us?” Marko: ” Well… I won a free trip to Washington D.C and New York City for winning a writing contest and for having lots of community service hours!”

Marko: ” I’d love to find a way to go back to Kansas again next year!”