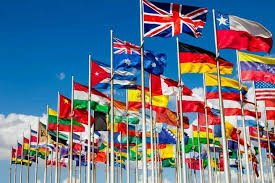 The Term Diplomacy is difficult to define, as there is no universal definition for diplomacy. Broadly speaking It has been defined as “institutionalised communication, among internationally recognised representatives…[who] produce, manage and distribute public goods”(Bjola and Kornprobst, 2013; p4). Alternatively, diplomacy can be defined as “the conduct of human affairs by peaceful means, employing techniques of persuasion and negotiation”(Badie et al, 2011; p1). What is clear is that diplomacy concerns communication between international actors in a networked sphere.

Moreover, diplomacy is conducted by independent states that enter into dialogue because of domestic policies affecting each other. Eighteenth century philosopher Jacques Rousseau termed this ‘body politic’, whereby a state is “forced to look outside itself in order to know itself”(Watson, 1982; p1). States must therefore constantly be aware of the happenings outside their borders, by engaging in dialogue as “their domestic policies are affected by ‘everything that happens outside” (Watson, 1982; p1).