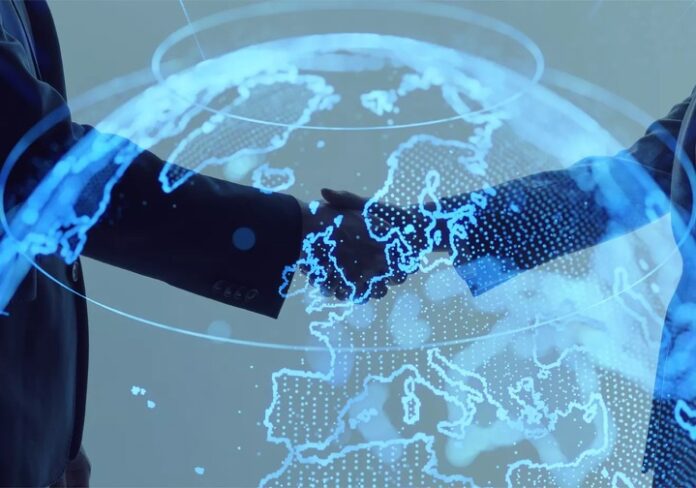 Artificial intelligence is also a hot topic in international relations and security studies. Diplomacy has all of sudden become “digital diplomacy.” But what do we mean by that? How will AI transform the world of diplomacy? There is a geopolitical battle going on for AI dominance, and there seems to be many good reasons why. However, despite all the hype and attention, there are still a number of misconceptions about what AI actually is. This blog post aims to provide some clarification on the terms AI and digital diplomacy, and it also explores how they intersect.

“My God, this is the end of diplomacy.” This was the reported reaction by the then British foreign secretary, Lord Palmerston, when he received the first telegraph back in the 19ᵗʰ century. It is evident today that the telegraph did not end diplomacy. Rather, it went on to completely transform how diplomatic communication took place. The world of diplomacy has since moved on to experience a similar phenomenon over and over again because of inventions like the fax machine, the telephone, and the internet. More recently, it is artificial intelligence (AI) that has become a hot topic in international relations and security studies. Diplomacy is often referred to as “digital diplomacy” now, and AI is regularly a matter that is central to foreign policy, cybersecurity, and international trade agreements, to name but a few examples. And rightfully so, because digital technologies have become such an integral part of everyday society. At a national level, digital technologies have become a threat to sovereignty and democracy, and they are also predicted to cause major economic disruptions and moral dilemmas in the 21ˢᵗ century.

In this written piece, which is the beginning of a three-part blog post series, I find it useful to first unpack the terms “AI” and “digital diplomacy.” Afterwards, I provide a high-level overview on how these two aspects are connected. By this, I would lay the groundwork for future written pieces to come later down the line.

What is artificial intelligence?

The term “artificial intelligence” was created by the American computer scientist John McCarthy as far back as 1956. It has since become more and more popular in the mainstream due to technological achievements that generated a lot of attention. Recent examples include the 2016 triumph of Google’s AlphaGo program over the grandmaster of Go—an ancient Chinese board game that requires various dimensions of strategic thinking—or the victories that IBM’s system secured over the reigning world chess champion in 1997 and, later, over Jeopardy’s number ones in 2011.

At a very basic level, though, AI can be understood to be the ability of a computer to process high volumes of data, using various kinds of programs and algorithms, in order to simulate human reasoning and/or behaviour. John McCarthy initially defined it as “the science and engineering of making intelligent machines, especially intelligent computer programs.” Since then, there have been plenty of variations and adaptions of the original definition along the way.

However, despite all the hype and potential around AI, the technology is still mostly used at a very basic, narrow, or otherwise specialised level. For example, using AI to extract and process specific information from a specific dataset to provide, say, guidance on legal matters and consular services. There is a more advanced or generalised level where AI displays human abilities like problem-solving and creativity to make decisions. And there is a stage where AI actually surpasses the cognitive performance of humans in all domains of interest. This is what Nick Bostrom calls superintelligence. The fact of the matter is that humanity still appears to be far off from achieving this superintelligence or any kind of technological singularity where AI systems are self-aware or conscious. The figure below illustrates the various subsets of AI and how they relate to each other. What is digital diplomacy?

The general application of AI in the diplomatic field is still relatively new. Recently created terms like “digital diplomacy,” “e-diplomacy,” or even “algorithmic diplomacy” are often assumed to incorporate aspects of AI. However, these terms are actually not universally defined and agreed upon among scholars and analysts. There are also many people who believe that certain terms do not even deserve a definition at all. Take former US secretary of state John Kerry, for example, who wrote that “the term digital diplomacy is almost redundant—it’s just diplomacy, period.” In many respects, I agree with his view. “Digital diplomacy” seems to have become a 21ˢᵗ century catchphrase that essentially aims to repackage an otherwise very traditional diplomatic practice. It seems to me that diplomacy as an international practice has not changed per se because of the newfound technologies; rather, the communication tools it uses and the (online) environment where it (partly) takes place seem to be changing.

There are many theories and definitions for digital diplomacy. Ilian Manor and Elad Segev define it as a country’s use of social media platforms to achieve its foreign policy objectives and manage its nation branding online, while Dev Lewis considers it to be the means by which diplomats communicate with each other and the general public, using digital tools of communication (like social media). At the same time, Corneliu Bjola and Marcus Holmes understand it to be a form of change management in international politics, and Viona Rashica simply sees it as a form of new public diplomacy. Several years ago, when the term digital diplomacy really started to go mainstream, it was largely associated with world leaders using Twitter and Facebook. Those platforms were (and continue to be) used to communicate directly with citizens, national and foreign, home and abroad. And as many of us still witness today, it continues to be both beneficial and controversial.

It has certainly become fashionable and advantageous for world leaders to use social media. It is clear from the next figure that President Donald Trump and the prime minister of India, Narendra Modi, are the most popular world leaders on Twitter. Their popularity also extends to other social media platforms, such as Instagram and Facebook, which allows them to take advantage of instantaneous public diplomacy. World leaders with the most Twitter followers as of June 2020
Source: Statista, author: J. Clement, licence

To be clear, though, public diplomacy is but one part of diplomacy. And, generally speaking, the aspects that do seem to be common among the many definitions of digital diplomacy are that they typically refer to the use of some kind of information communication technology (ICT)—be it social media, the internet, or other digital platforms—to assist diplomats or foreign ministries with carrying out the same tasks that they would have otherwise done as part of their traditional function.

Another interesting but also logical connection to highlight is the relationship between digital diplomacy, however defined, and Joseph Nye’s concept of soft power—that is, the ability to get others to want what you want, using methods that are not coercive. The use of ICT in (public) diplomacy is, therefore, thought of an extension of soft power, or even some kind of virtual enlargement, by a nation state to influence people and get other countries to want what the influencer wants.

The relationship between artificial intelligence and diplomacy

To provide a useful framing for the relationship between AI and diplomacy, you could think of AI both as a topic for diplomacy and as a tool for diplomacy.

AI as a tool for diplomacy involves its actual application to carry out diplomatic activities. To be more specific, it is about the use of AI in consular services, public diplomacy, international negotiations, and crisis management. The latter aspect is of specific relevance these days as a result of the global health crisis that was caused by COVID-19. In many respects, the use of AI as a tool for diplomacy also seems to be more of a personal thing for diplomats. This is because it pushes them to give up certain tasks that they used to do, which, in many ways, actually forces them to adapt and upskill, or simply risk becoming more redundant.

At the end of the day, the general application of AI in diplomacy is still very limited. Even though there is likely to be an increasing presence of AI in embassies and consulates around the world, it is also likely that there is going to be many traditional aspects of diplomacy that will remain for the foreseeable future. One of many examples is the value placed on human interaction during a face-to-face negotiation. As Marcus Holmes puts it, the benefits of in-person interactions allow world leaders to build trust among each other through interpersonal bonding. It also gives them a chance to clarify their intentions during the actual negotiation.

If anything, it appears that the world of diplomacy is heading for having a hybrid form that is likely to entail an interdependence between human diplomats and AI. I also think that the world must keep striving to create a (digital) future that has an international order with teeth. It is crucial that such a system has, among other things, the mechanisms to appropriately govern AI—be it in the form of an international treaty on AI or otherwise. This way, we can mitigate the risk of creating some kind of digital authoritarianism and prevent individual human rights from backsliding in any way.

In the next written piece of this three-part series, I further expand on this topic by discussing very specific and practical ways of how a ministry of foreign affairs (MFA) can use AI to pursue its foreign policy objectives. I also highlight some of the challenges that MFAs are likely to encounter as a result of adapting to AI, which, in turn, also have the potential to ultimately restrict its use in MFAs altogether.