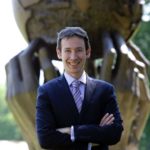 There are different ways to open boxes of breakfast cereal. When my wife does it, the box looks like it’s been magically opened by a graceful spell – the packaging remains in pristine condition and the re-sealable cardboard tag slides effortlessly into its allotted place. Whenever I do it, it looks like a pack of ravenous velociraptors have erupted into our kitchen in desperate need of coco pops.

This session of the Council feels like one that I was tasked with opening the box for. Whoever I’ve spoken to over the last couple of weeks about how things are going has given me a weary sigh and summed it up with the same word – messy. Preparation is so often the key to success, but the short gap since the previous session in July has left many here struggling to manage a surprisingly large number of tricky resolutions. Many of these are on situations which are hugely serious, but which have dropped out of global media attention. The Council’s job is to make sure that violations are not forgotten when the media spotlight moves to the next crisis.

The prospect of an urgent debate called by Pakistan on Kashmir loomed large during the session’s first two weeks. It’s been the biggest ‘will they – won’t they’ we’ve had here for quite some time and both Pakistan and India have deployed senior teams to persuade delegations why the Council should, or should not, take up Kashmir following the release of two reports by the High Commissioner for Human Rights. Pakistan opted instead for a joint statement to set out its concerns, mainly backed by OIC countries, and an urgent debate seems off the cards for now.

Venezuela has proved particularly hard-going this session, with disagreement, among those in the region who led the previous resolution on how the Council should respond this time. The High Commissioner’s latest report on Venezuela condemned thousands of executions of political opponents by the state security forces, politically motivated detentions and torture, and serious violations of economic, social and cultural rights which have led to millions fleeing the country. Given how calamitous and multi-faceted the problems in Venezuela are, it is understandable that views will differ on the best way to react. There is a strong case for setting up a far-reaching investigation, but some in the region prefer a more gradual response in the hope of political dialogue. To make matters even more complicated, Venezuela has presented its own resolution (tabled by Iran) that aims to counter the Lima Group resolution. Let’s hope the Council can move forward in way that will prioritise the victims and bring a speedy end to the violations and suffering.

The EU and OIC have maintained the partnership on the Myanmar resolution from last September, which High Commissioner Bachelet called “historic” in her opening statement. This year’s resolution marks the end of the excellent work done by the Fact Finding Mission and the beginning of the strongest mechanism ever set up by the Council. The new body will gather evidence and prepare case files for the eventual prosecution of those accused of atrocity crimes against the Rohingya and other minorities in Myanmar. The title of the mechanism proved a curious sticking point, and more than a few eyebrows were raised at the highly convoluted compromise used throughout the resolution of: “the ongoing independent mechanism established by the Human Rights Council Resolution 39/2, and called as Independent Investigative Mechanism for Myanmar by the United Nations Secretary-General in the terms of reference (ToR) for this mechanism.”

We all know it’s called the Independent Investigative Mechanism for Myanmar but here at the UN, compromise often demands 33 words when 5 will do just fine.

Among the most pressing uses for the new Mechanism will be accountability for the systematic and brutal sexual violence which has been used as a weapon of warfare in Myanmar for decades. The Fact-Finding Mission dedicated a full report to this topic which was discussed a high level side event in week 2. In 2002 one of my first meetings on behalf of the UK was with former Special Rapporteur on Myanmar, Paulo Pinheiro. He was considering how to respond to calls for a Commission of Inquiry into allegations of mass and systematic rape in Myanmar’s Shan State. It is hugely distressing that more than17 years on, the same violations by the same military structures can persist unchecked in the country. Senior figures in the military’s chain of command must be held to account and the blanket impunity for sexual violence has to end.

On a more positive note, Somalia have committed to continuing the Council’s Independent Expert for a further year, and there are promising signs that the new Government in Sudan will demonstrate its intention to take a much more positive path on human rights than the previous regime, which was marked by some of the worst violations in recent history.

I’ll let you know how things end up in a week’s time. I’ll be keeping off the cereal this week but if you see me opening any foodstuffs in the UN lounges, please give me a helping hand. We don’t need things to get any messier.