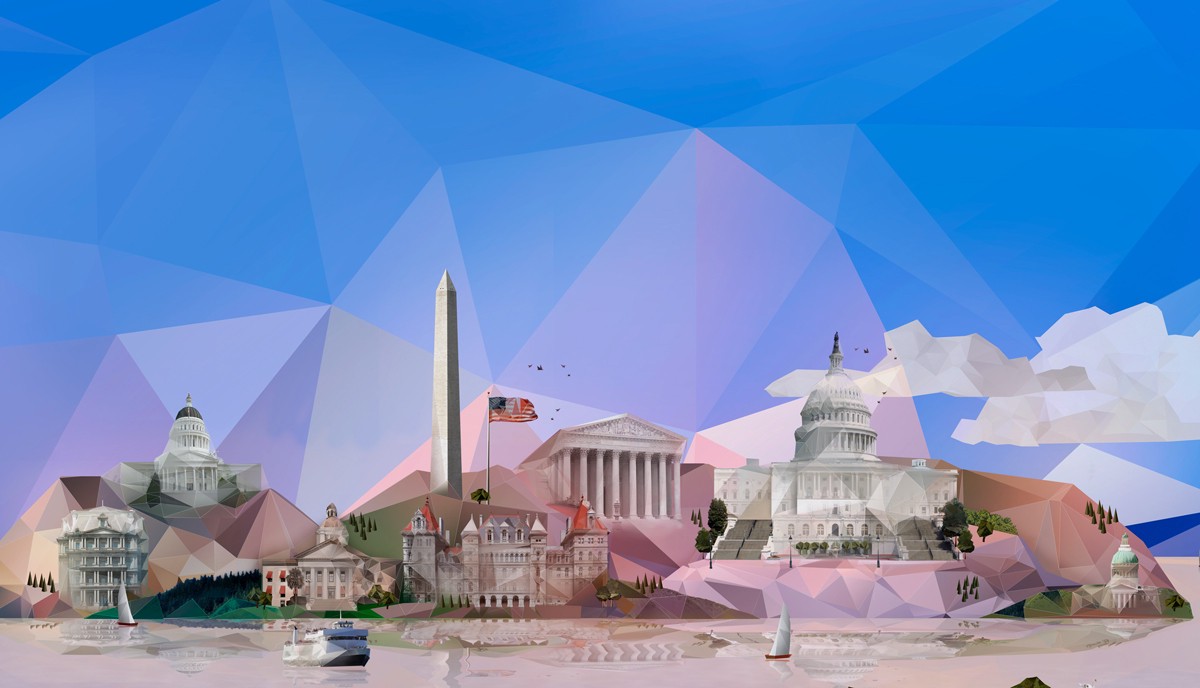 Last October, participants from across sectors gathered at the U.S. Department of State in Washington DC for a day-long forum exploring blockchain. The goal was to explore both policy implications and potential applications of distributed ledger technologies to advance American diplomacy and development goals.

“Blockchain’s potential signals that we should learn how we might deploy it to achieve our development, diplomacy, and national security objectives,” wrote Thomas Debass, Acting Special Representative for Global Partnerships at the State Department, in a Medium post describing the October initiative.

“We believe we can best do this by working with private sector entities and civil society, learning from each other, and leveraging what we each bring to the table,” he added.

In his welcoming remarks, US Deputy Secretary of State John Sullivan said that “blockchain technology, a market that could grow to more than $40 billion by 2022 according to at least one estimate, has captured the attention of governments and international organizations worldwide.”

He offered the example of Estonia, a leader in this technology, has embraced the use of blockchain to offer government-issued digital IDs; the Georgian Government with a project in partnership with the private sector to register land titles using a private blockchain; Singapore with a partnership with the private sector to open a center for blockchain technology; and the United Nations working with a number of companies to create blockchain pilot projects that help vulnerable populations, such as refugees, by developing economic identities and delivering humanitarian aid more efficiently.

“So blockchain technology is on the move around the world,” Sullivan said.

It is, therefore, essential that we better understand this cutting-edge technology, as it becomes more ubiquitous in our economy.

The forum aimed to educate US foreign policy agencies with a focus on current use cases; foster a dialogue with private sector partners; and inspire partnerships for future demonstration and experimentation.

Among the participants to the forum: Jerry Brito of the Coin Center; Jamie Smith of the Global Blockchain Business Council; Jamie Smith and Rachel Pipan of the The Bitfury Group; John Wolpert of ConsenSys; Tomicah Tillemann of Blockchain Trust Accelerator; and many others.

The topic was analyzed more recently in Turin, Italy, on the occasion of the launch of the European Commission Horizon Prize for ‘Blockchain for social good’. The EU will award five prizes of €1 million each to the best social innovation solutions based on blockchain technologies.

“The prizes will be awarded to solutions using blockchain technology which are scalable, efficient and high-impact decentralized solutions to social innovation challenges,” explains the Commission in a press release.

The launch event included a conversation on how blockchain has the potential to become a powerful tool in the hands of citizens and social innovators. In particular city and local governments can benefit from distributed ledger technologies in terms of data privacy, citizens’ rights, ethic boundaries, digital sovereignty, and community governance.

“Cities need to be magnets for experiments in the field of new technologies through collective intelligence,” said Paola Pisano, Deputy Mayor for Innovation and Smart City of the City of Turin.

Emerging technologies offer both opportunities and challenges that needs to be analyzed also on a political and administrative point of view,” said Cristina Tajani, Deputy Mayor and Cabinet Member for Labour Policies, Business, Commerce and Human Resources of the City of Milan.

Some cities, like Dubai in the United Arab Emirates, have already invested heavily to implement blockchain in their services and strategies. Dubai is now carrying out a city-wide pilot that spans from the digitization of health records on blockchain to provide patients and care providers with secure access to medical data; streamlining ID verification to reduce business registration times; using blockchain-based wills and contracts to ease transfer of ownership; boost tourism through a blockchain-based program that would allow visitors to better earn and spend loyalty points; and apply blockchain to trade finance to more effectively exchange goods and the financing for those goods.

From city governments to foreign policy, not only blockchain has become the hottest trending topic, but it is now a topic of discussion for politics and diplomacy with government officials interested in better understanding the dynamics of blockchain beyond Bitcoin and cryptocurrencies.

And indeed, blockchain “has many applications for the public sector that can improve the quality of government services, safeguard property rights, prevent fraud, cut red tape and waste while improving transparency,” as Mohit Mamoria explained to Jorge Barba here on Medium.

In February, IBM Blockchain team surveyed 200 government leaders in 16 countries on their experience and expectations for blockchain.

The study — titled Building Trust in Government: Exploring the Potential of Blockchain — concluded that this technology offers the opportunity to tackle the trust and bureaucracy challenges head on. It found that a significant percentage of what they identified as ‘trailblazer’ governments “are launching projects that apply blockchain to transform regulatory compliance, contract management, identity management and citizen services.”

According to IBM, “Blockchain offers a new approach to enhancing transparency and collaboration between governments, business and citizens.”

The company explains that registering data and data changes on a distributed shared ledger improves both transparency and the right to privacy.

“Transactions can be verified close to real time and combined with the extensive use of privacy services make fraud and cybercrime very difficult,” IBM’s report reads. “Smart contracts — once verified and deployed — will always execute. Reneging on a contract becomes a thing of the past. This all goes towards amplifying transparency, building trust and breaking down bureaucracy between government, business and citizens.”

In addition to government services, blockchain also has application in the voting space.

In a blog post here on Medium, Jennifer Brody explained that “in an age of heightened alarm over electoral fraud, blockchain is especially promising in this field.”

“This is because each vote becomes immutable after it is recorded on the blockchain, unlike penetrable electronic voting systems currently in use,” she said while warning that “despite the benefits, some government officials remain hesitant to support blockchain technology for a number of reasons: namely, its decentralized structure and technological complexity, coupled with policymakers’ tendency toward risk aversion.”