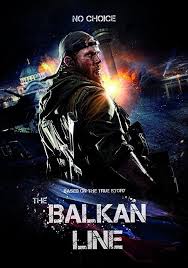 In a commentary published on March 31, the film is simultaneously placed in the context of Russia’s “soft power”.

“The Times” even calls for a censorship of the film in some way, saying that “Putin’s regime is known for its propaganda campaigns that justify drastic acts of violence against small countries and peoples without protection” and that “it’s time to put an end on it” because “when a lie transforms in the truth, life and freedom are in danger”.

The film “The Balkan Line”, which was recently premiered in Russia and Serbia, talks about the descent to the Pristina airport, when a Russian unit from the SFOR in Bosnia and Herzegovina captured Slatina Airport immediately after the signing of the Kumanovo Agreement.

The film was most watched in cinemas in Russia and the countries of the Commonwealth of Independent States in recent weeks.

According to the statement of the director Andrej Vogin, in his statement for Sputnik, he said that the movie was inspired by historical events, and it is a work of art, and documentary footage was used in the “Serbian line”.