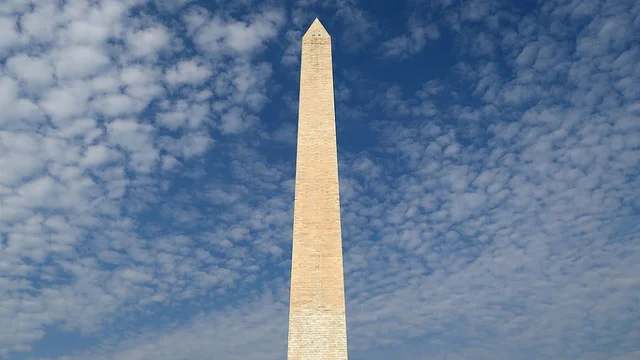 The Constitution and civic participation in a democracy played an critical role in my career abroad as a public diplomacy foreign service officer for the State Department. For the years after the Berlin Wall and Iron Curtain fell, helping the people of Central Europe and of the former Soviet Union construct or rebuild democracy was an important focus at our embassies there. These programs were broadly welcomed by our host countries. But after such dark events on Capitol Hill last week, would our many overseas partners embrace us with as much confidence today?

In the former Soviet Union, we provided satellite receivers and television programs to the broadcasters to end the information blackout and allow access for views from outside. People were hungry for information and a new order. One of our most popular programs in the former Soviet Union was a series on our Constitution. It was dubbed into Russian and eagerly consumed by thousands of people across the region.

In Kazakhstan, we were asked to assist with creating its new government, and we brought American scholars to work side by side with Kazakhstani academics. A group of Kazakhstani judges invited to the United States to meet with their counterparts and see our country at work returned to tell us that if they had not seen it, they could never have imagined the extent of freedom in our political practices and institutions.

Even in Western Europe, as leaders considered a new system for their union, American ideas were welcomed. Our guest speaker, Supreme Court Justice Stephen Breyer, held up the copy of our relatively short Constitution that contains the foundations of our federal democracy, contrasting it with the long treaty they were drafting.

Alexis De Tocqueville wrote that one of the characteristic differences he saw between Europe and the United States was civic engagement. When American citizens see a problem in their community, the first action is to consult with others around them instead of petition the government for a solution. That civic engagement was absent in society in Eastern Europe and Central Europe, where conformity was demanded, while freedom of thought was discouraged and often punished. A critical component with American efforts in the region was in civic education.

After some resistance from the education bureaucracy, the programs we set forth were welcomed by teachers and proved effective. Students were shown they could and should start change by taking on the responsibility of civic participation. In the Czech Republic, a group of students decided their community deserved running water. After the municipality said that it could not be done, the students wrote a petition after they did research to demonstrate it was feasible. The students had success for the running water and were invited to parliament to highlight how civic participation was needed to foster democracy in the Czech Republic.

All of these activities were initiated by American efforts and welcomed by our partners as guidance for democracy. The shameful display on Capitol HIll last week, however, was not democracy in action. That simulated what many in the rest of the world have been trying to escape. But the reaction from most of the world, while full of shock, indicated hope that the United States would overcome such an aberration. The necessity of a beacon, no matter how broken it looks on occasion, remains strong.

Perceptions on American culture have often been a greater factor for the international view of the United States than many realize. Now more than ever, our place in the world could depend upon how our domestic policy and values are seen. It is time that we realize what we could lose at home and abroad. We must renew our efforts to educate our people about civic participation and in the principle that action anchored in the Constitution and rule of law can ensure the survival of our democracy.

Renee Earle is a retired United States foreign service official with a rank for minister counselor and is the publisher of the journal American Diplomacy.