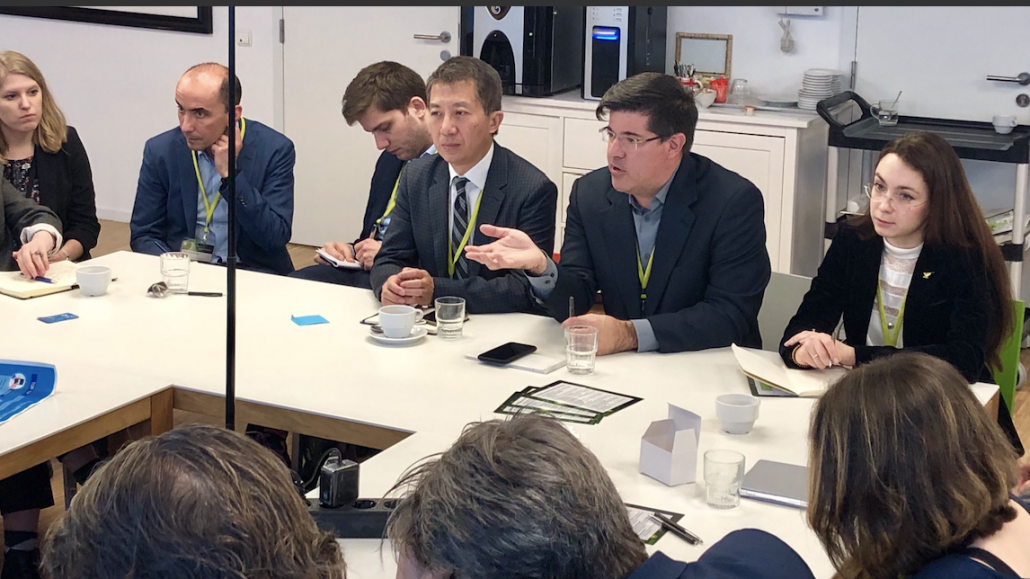 The USC Center on Public Diplomacy and the Ministry of Foreign Affairs in the Netherlands wrapped up programming Thursday for Public Diplomacy Week in Brussels, an event that included a series of workshops about the impact of digital technology on the future of public diplomacy.

The Center on Public Diplomacy has hosted these workshops for 14 years in Washington D.C. and Los Angeles, but it decided to partner with the Dutch Ministry this year to allow more international participants to attend the workshop, according to Stacy Ingber, CPD’s assistant director of programming and events.

The program ran Feb. 4 to 7 and started with a series of workshops hosted by the Center on Public Diplomacy on utilizing data for public diplomacy strategy and culminated in the Diplocamp, a program hosted by the Dutch Ministry of Foreign Affairs that focused on the latest trends and issues in public diplomacy.

Vince Gonzales, a professor of professional practice and associate dean of student affairs at Annenberg, said the sessions were useful, as many practitioners or organizations don’t know how to spread their messages efficiently to their targeted audience.

“Where a lot of government organizations find themselves in the same boat is they may have one or two young people who work in social media, but they don’t really understand content strategies, they really don’t understand how to take their messages and get it to where the audiences are now,” Gonzales said. “You’re missing a lot of people if you’re not paying attention to where those audiences are getting information now.”

Since platforms are always evolving, Gonzales said practitioners have to constantly learn to adapt.

Ingber said the Diplocamp portion of PD Week, hosted by the Dutch Ministry, allowed participants to continue their conversations about future innovation through “un-conferencing,” where participants can leave and enter discussions freely.

“The Dutch Ministry of Foreign Affairs is a very forward-looking embassy … and they’re really trying to get the pulse on what are those next steps, what are those critical competencies for public diplomacy practitioners, for scholars, for non-governmental organizations, to be thinking about for 2020 and beyond,” Ingber said.

Nikki Burnett, a graduate student fellow at CPD, said she attended the event to learn about digital content and public diplomacy from professionals.

“An event like this kind of reinforced why I like public diplomacy and why I like studying it,” Burnett said. “The kinds of people I’ve talked to today have been from kind of different sectors, from different countries, from the private sector, from the public sector and kind of encompass a lot of different viewpoints and experiences.”